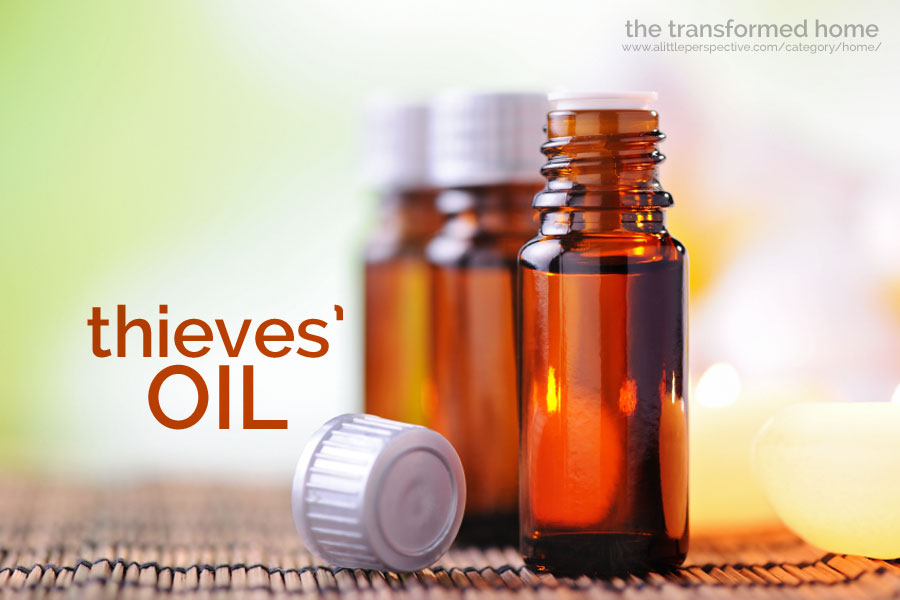 I had heard the story of thieves’ oil some years ago. Apparently during an outbreak of plague in the Middle Ages in France, a company of thieves robbed the bodies of the dead without becoming infected with the disease themselves. In the version I heard, one of their number was an apothecary, who from his recipes, made a blend of either herbal essential oils or herbal- infused vinegar, with which the robbers rubbed down before going on their nightly raids. (Wikipedia article with links to primary sources).

From my discussion group notes on the topic in 2009:

“This blend of therapeutic-grade essential oils was tested at Weber State University for its potent antimicrobial properties. Thieves’ oil was found to have a 99.96% kill rate against airborne bacteria. The oils are highly antiviral, antiseptic, antibacterial, anti-infectious, and help to protect the body against such illnesses as flu, colds, sinusitis, bronchitis, pneumonia, sore throats, etc.”

I recently found the recipe for thieves’ oil in my disorganized stack of notes:

Store in a dark glass bottle. Essential oil blends are normally diluted with a carrier oil, such as olive oil, before applying to skin.