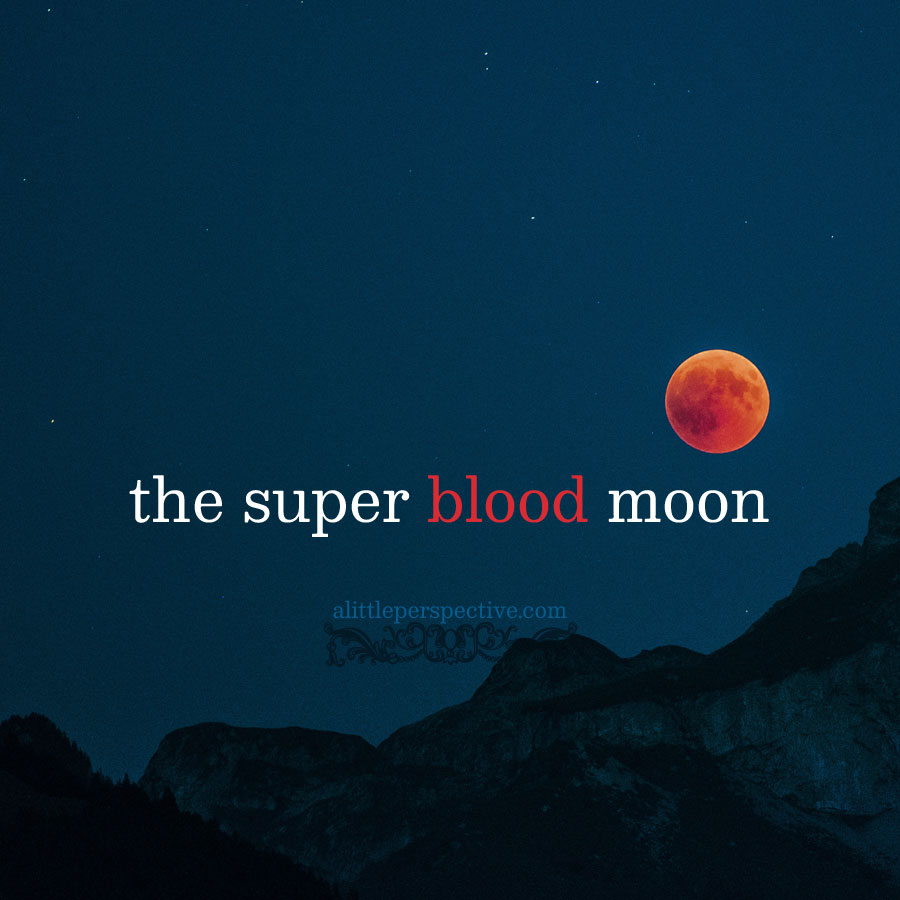 I have read a lot of baloney about the super blood moon visible tonight, January 20, from the United States. (This one and this one I didn’t think was baloney.) Have no fear. If it is a prophetic symbol at all (and I tend to think it is), this is what it means, according to the teaching tools of Scripture:

I am seeing things in the headlines that lead me to believe that the shadow government is perhaps planning a coup attempt in the United States, because the likes of pro-lifers and anti-human traffickers like the President and Vice President are major thorns in their side. I think they are very confident that their plans will succeed. And I think half of the doom and gloom that I am reading about the blood moon being a bad omen for the President has been ultimately put out by their agents, so that if something bad does happen to him, me and you will just accept it mildly, saying, “Well, God ordained it – just look at the blood moon.”

But if they are planning any such thing, I think the sign of the eclipse is that it is their power that will be eclipsed, and their plans that will be upturned, and not the other way around. We will just wait and see what happens.

But let’s pray for the President, his family, his team, and his Secret Service people for the next few weeks, okay? Lift them up to the Father!

And we just read this very weekend about the Egyptians being overturned in the Red Sea in the Torah portion. Amen, let their spiritual descendants today blindly and arrogantly rush headlong into their death trap according to Your word, Father!