You are here: Home / Bible Study / applied word / the spirit of jonah

This has been heavy on my heart lately.

The Scripture teaches that God is a good and generous God, who forgives sin and desires that all men should come to repentance and to the knowledge of the truth:

(I.e., mercy covers the commandments of the Law.)

Now the Lord descended in the cloud and stood with him there, and proclaimed the name of the Lord. And the Lord passed before him and proclaimed, “The Lord, the Lord God, merciful and gracious, longsuffering, and abounding in goodness and truth, keeping mercy for thousands, forgiving iniquity and transgression and sin, by no means clearing the guilty, visiting the iniquity of the fathers upon the children and the children’s children to the third and the fourth generation.” Exo 34:5-7

(I.e., Does God assign a retribution for iniquity to children who have not sinned? No, I don’t believe that is what this passage is saying. Sin never happens in a vacuum. When fathers embrace iniquity, its negative effects follow their children to the third and fourth generation.)

“Behold, God works all these things [instruction, conviction], twice, in fact, three times with a man, to bring back his soul from the Pit, that he may be enlightened with the light of life.” Job 33:29-30

For You do not desire sacrifice, or else I would give it;
You do not delight in burnt offering.
The sacrifices of God are a broken spirit,
A broken and a contrite heart—
These, O God, You will not despise. Psa 51:16-17

The Lord is not slack concerning His promise, as some count slackness, but is longsuffering toward us, not willing that any should perish but that all should come to repentance. 2 Pet 3:9

But two accounts, one from the Old Testament, and one from the New, will truly reveal God’s generous heart, that even His children sometimes do not credit Him with:

The account from the Old Testament is in Jonah. Go read it, it is short, four chapters, and it goes quickly.

Jonah went to Nineveh and preached that destruction was coming on the wicked city, and the people repented in sackcloth and ashes:

Then God saw their works, that they turned from their evil way; and God relented from the disaster that He had said He would bring upon them, and He did not do it. But it displeased Jonah exceedingly, and he became angry. So he prayed to the Lord, and said, “Ah, Lord, was not this what I said when I was still in my country? Therefore I fled previously to Tarshish; for I know that You are a gracious and merciful God, slow to anger and abundant in lovingkindness, One who relents from doing harm.” Jon 3:10-4:2

Notice what Jonah is saying! He fled from God’s call to go preach at Nineveh, because he knew that God was merciful, and if the people repented of wickedness, the destruction would not come upon them. The cruel and wicked Assyrians were hated by all the surrounding nations, and Jonah was looking forward to its destruction! He thought the best way to assure that destruction was to not preach to the city so that they would not be warned. He sulked that it did not come!

But the Lord said, “You have had pity on the plant for which you have not labored, nor made it grow, which came up in a night and perished in a night. And should I not pity Nineveh, that great city, in which are more than one hundred and twenty thousand persons who cannot discern between their right hand and their left—and much livestock?” Jon 4:10-11

The account from the New Testament is in Luke:

Now it came to pass, when the time had come for Him to be received up, that He steadfastly set His face to go to Jerusalem, and sent messengers before His face. And as they went, they entered a village of the Samaritans, to prepare for Him. But they did not receive Him, because His face was set for the journey to Jerusalem. And when His disciples James and John saw this, they said, “Lord, do You want us to command fire to come down from heaven and consume them, just as Elijah did?” But He turned and rebuked them, and said, “You do not know what manner of spirit you are of. For the Son of Man did not come to destroy men’s lives but to save them.” And they went to another village. Luk 9:51-56

The Samaritans were descendants of the people the Assyrians planted in the Northern Kingdom, after they carried away the ten tribes of the Northern Kingdom into captivity in 721 BC. They mixed biblical worship with paganism, and were despised by the Jews because of it. The Samaritans likewise had no love lost for the Jews, as you can see from the story – they rejected Jesus, not because of Him or His message, but simply because He was going to Jerusalem.

But when His disciples wanted to bring down judgment upon the Samaritans, Jesus turned and rebuked them, saying, “You do not know what manner of spirit you are of.” Not His Spirit, it seems.

There are many voices among believers today which proclaim that judgments are coming. I have heard them, particularly from the Torah believers, for many years now. Not one of the declared catastrophes has come to pass. Not one. Isn’t the test of a true prophet, that the thing that he declares, happens? (Deu 18:22).

And I agree that a Day of Judgment is coming at the time appointed by the Lord. I do not know when that day is! But as long as it is not today, then for today:

The desire to see destruction visited on others is not the desire of our good and generous Father’s heart as the Scripture reveals. It is the desire of another spirit, not the Spirit of God. And if the Lord yet delays the Day of Judgment because His mercy is great, and He has sent His servants out into the highways and byways to compel the outcasts to come to the wedding feast prepared for His Son (Mat 22:1-14), then may we be the first to rejoice! 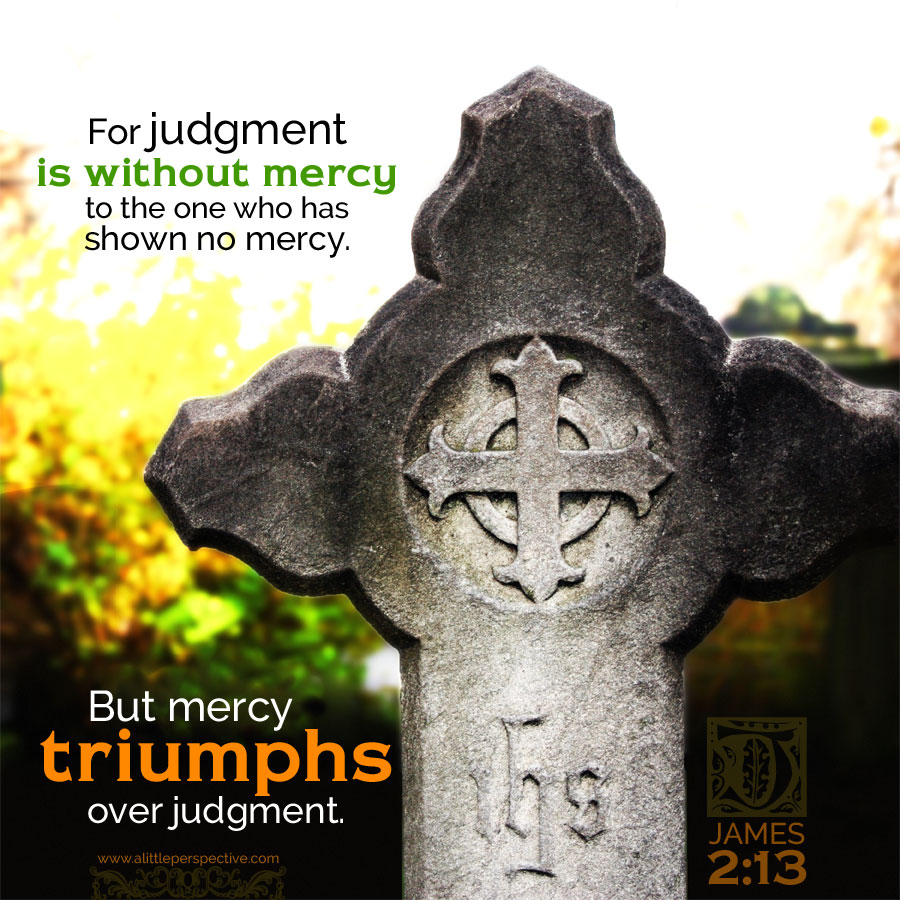