You are here: Home / Bible Study / grace/ faith and law/ works / the righteousness that is of faith 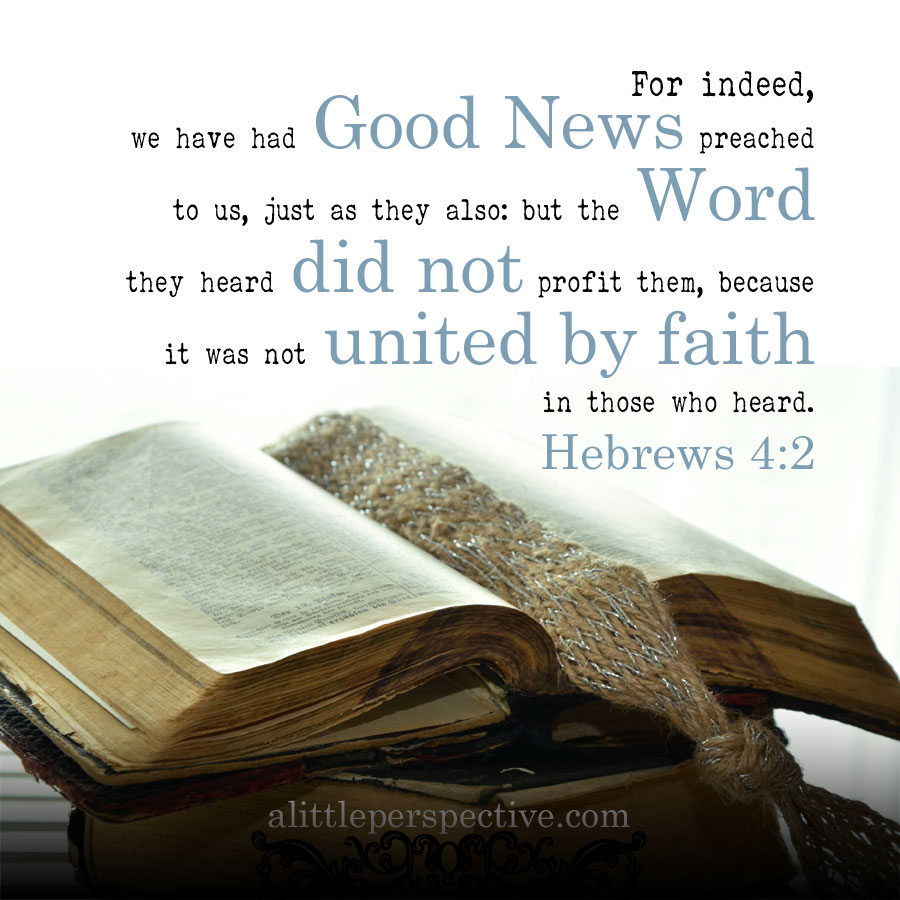 I used to think of the Old Testament and Israel as distinctly separate from the New Testament and Christianity. But the more I study the two books together, the more I realize that just as there is one God, there is one Word, one message, one gospel, one faith, and one people of God (Eph 4:4-6). I also used to think that Moses and the prophets preached righteousness that is of the Law and the works of the Law, while Jesus and the apostles preached righteousness that is of faith. But now I see that this is not the case at all.

Oh, Jesus and the apostles preached righteousness that is of faith, all right. But so did Moses, that is the part that was surprising to me. As a matter of fact, so did the patriarchs and the prophets (Gen 15:6, Isa 64:6).

“They” is referring to those who came out of Egypt, led by Moses (Heb 3:16). So those who came out of Egypt had the gospel preached to them! What is the gospel? That righteousness is of faith, is it not? — by the grace of the Son of God, who loved us and gave Himself for us. Moses and Israel had the gospel — righteousness that is of faith — preached to them? Well, that is what Hebrews says.

Of course, if we think about it a little bit, we see that they did indeed have the gospel preached to them, by living example: they had to apply the blood of the slain lamb to the doorposts of their houses in order for the angel of death to pass over them, and this they had to do by faith (Exo 12).

Then before Moses died, and Joshua took over, right before Israel was to enter the Promised Land, Moses reminded the people again (Deu 9:4-6) that they were not entering the Promised Land because of their own righteousness, for they were stiff- necked and rebellious. They were entering, he took pains to impress upon them, because God is faithful to the covenant of promise (Deu 9:5). And here he is speaking of the covenant which God made with Abraham, in which Abraham believed God, and it was accounted to him as righteousness (Gen 15:6). Moses does not draw out the details for Israel in the way Paul does in the letter to the Galatians (Gal 3:6-12), because Israel was very familiar with the covenant of promise and what it meant; all Moses had to do was refer to it to make the point. Paul, however, was speaking to a Gentile audience and explained the connection in detail. Thank goodness for us.

Hebrews goes on to say that the first generation did not enter the Promised Land because of unbelief (Heb 3:19). I think we can assume this means that the second generation that did enter in did so because of belief, or faith.

We read “righteousness” in the Bible and automatically think it must mean “right standing before God” because this is how the word is most often used in the New Testament. Actually, the word translated “righteousness” here means, “justice, ruling rightly,” (Gesenius Hebrew Lexicon) i.e. judging rightly between right and wrong. In other words, this verse could read, “It will be justice for us [we will have justice] if we are careful to observe all this commandment before the Lord our God, just as He commanded us,” and this is what it means in Hebrew.

« updates on two vaccines
the righteousness that is of faith, part two »