You are here: Home / Bible Study / acts / acts 15, the jerusalem council and torah 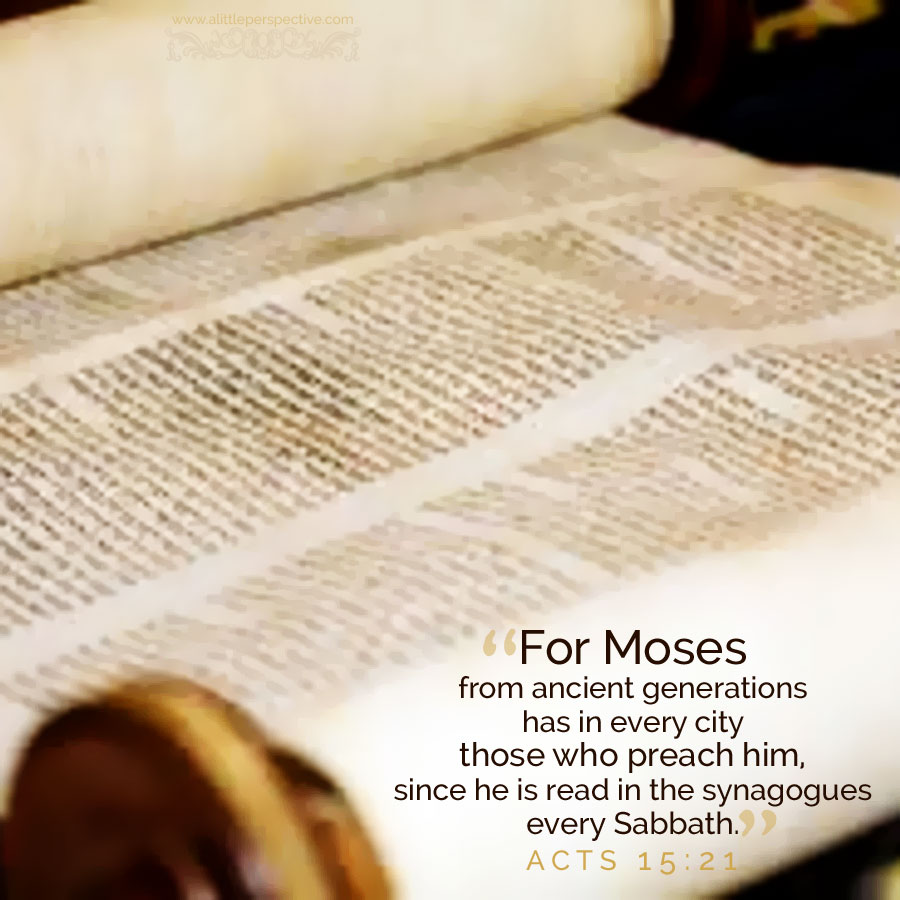 Someone recently asked me, Doesn’t Acts 15 describe a big debate the Jewish Christians had with the Gentile Christians about whether the Gentiles were supposed to obey the Law or not, and didn’t the church at Jerusalem decide that they didn’t? So why are you now saying that all believers must obey the Law?

The first clue is in the first verse: “Some men came down from Judea and began teaching the brethren, “Unless you are circumcised according to the custom of Moses, you cannot be saved.” Here we are again, back at the same issue of what constitutes right- standing — righteousness, or justification — before God (which is salvation). Do people gain salvation through works of the Law, such as circumcision, or do they gain it through faith in Jesus Christ by grace? Paul and Barnabas had a great dissension with those brethren. We already know that Paul vehemently taught that NO ONE could ever be justified, i.e., made righteous, i.e., attain salvation — by their own work through obedience to the Law. I believe that the whole issue the Jerusalem Council was deciding was what was necessary for salvation, as is stated in verse one. Peter reiterates that the issue is about salvation when he says in verse 11 that “we believe that we are saved through the grace of the Lord Jesus, in the same way as they also are.”

“Therefore it is my judgment that we do not trouble those who are turning to God from among the Gentiles, but that we write to them that they abstain from things contaminated by idols and from fornication and from what is strangled and from blood.” Acts 15:19-20

What does he mean that they do not trouble those who are turning to God from among the Gentiles, except that they cease from doing four things? The four stipulations are:

1) cease idolatry and things connected with idolatry;
2) cease immorality, as lasciviousness was often associated with pagan worship in the ancient world – it was an ingrained part of temple rites;
3) cease partaking of that which is strangled, as this was a common method of killing animals offered on the altars of idols by pagan priests;
4) cease partaking of blood, as this was often done with the blood of a sacrificial animal offered on an altar to idols.

So we can see that the four stipulations were meant to help Gentiles who were truly repentant and turning to God, to break away from the idolatry in which they had been raised or which was customary in their families or communities. Now, these same four things were required of Gentiles who were seeking the God of Abraham, Isaac, and Jacob, before the advent of Jesus. James and the Council were not pulling ideas out of thin air. Gentiles had to turn from idolatry in order for Jews to associate with them, because it was unlawful for God’s people to have dealings with pagans.

So the Jerusalem Council was reiterating to the Gentiles, that if they were truly repentant and desiring to be saved, then abstain from these four things as a sign of the sincerity of your faith. But the Jerusalem Council also reiterated to the Gentiles the same message that Paul had preached, that circumcision was not a requirement for salvation, and observance of the Law was not a requirement for salvation.

But then James says something very interesting, in verse 21:

“For Moses from ancient generations has in every city those who preach him, since he is read in the synagogues every Sabbath.”

What is James saying by this? I believe he is saying, let us not make learning the Law of Moses a prerequisite for salvation, for that would trouble the Gentiles who were not raised in the Hebrew faith. But Gentiles who wish to turn to God are saved by faith in Jesus Christ, showing that they have forsaken idolatry by doing the four things directed by the Jerusalem Council (as the synagogues had also directed before the advent of Jesus), and once they have come to Jesus the Messiah, they can learn Moses, which is the Torah — the ways, the teaching, the instruction in righteousness — of God, because Torah is taught every Sabbath in the synagogues in every city.

So the entire account of the Jerusalem Council only reaffirms for us what we have already learned, that salvation is by grace through faith, not by works of obedience to the Law, but once we are in covenant relationship with YHVH — once we have been grafted in to the olive tree of Israel — let us put off the old man, let us learn to forsake sin and walk in holiness and obedience to God by the power of the Holy Spirit indwelling us. How do we know what God considers holy and what God considers sin and what God considers a manner of walking which is worthy of His name? The Torah teaches us that.

« let us not grow weary
let your servant rejoice »