You are here: Home / Bible Study / galatians / the curse of the law, part two 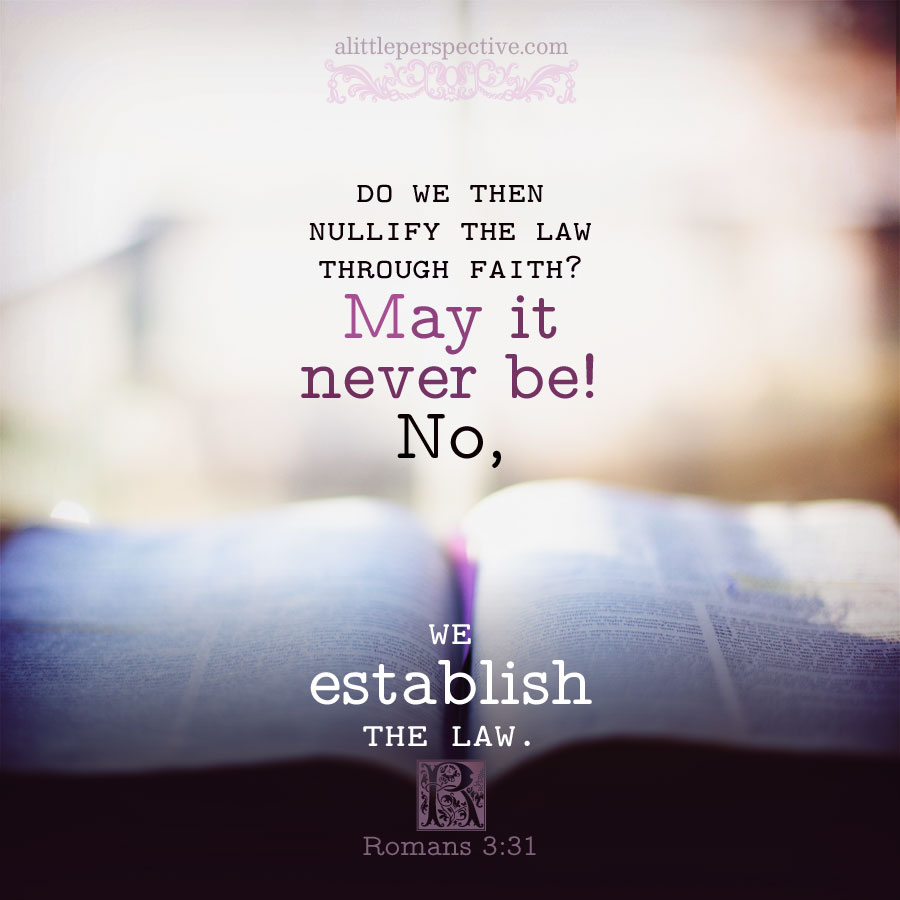 “For as many as are of the works of the law are under the curse; for it is written, “Cursed is everyone who does not continue in all things which are written in the book of the law, to do them.” But that no one is justified by the law in the sight of God is evident, for “the just shall live by faith.” Yet the law is not of faith, but “the man who does them shall live by them.” Christ has redeemed us from the curse of the law, having become a curse for us (for it is written, “Cursed is everyone who hangs on a tree”), that the blessing of Abraham might come upon the Gentiles in Christ Jesus, that we might receive the promise of the Spirit through faith.” Gal 3:10-14

The heading in my Bible, at the beginning of this passage says, “The Law Brings a Curse.” (The headings, paragraph divisions, chapter divisions, footnotes, and references are not divinely inspired, by the way!) Yes, how does the law bring a curse, and what is the curse of the law?

Jesus has redeemed us from the indictment of the Law, which decreed us a transgressor of the Law (Col 2:13-14) and therefore worthy of death, the wage for sin (Rom 6:23). He has redeemed us by becoming a curse for us (Gal 3:13)! He has taken the sin, which is charged to our account because we broke the Law (the definition of righteousness and sin), upon Himself. Our sin was imputed to Him, and His righteousness (for He lived a sinless life and did not break the Law in any particular) was imputed to us (2 Cor 5:21). We receive the gift of righteousness through faith, not by obedience to the Law (Rom 3:19-24). For, as Paul points out, if we receive righteousness because of our work, then it is our wage, and not a free gift (Rom 4:4-5).

Paul is saying that we have been into the courtroom of the Heavenly Judge, the blood of the Lamb was found brushed over our guilty verdict, and therefore we have been redeemed from the indictment — the curse — of the Law which required death as a result of our sin.

Yes, Messiah redeemed us from the curse of the Law! But it is not obedience to the Law which is the curse, but our having to be justified by our obedience to the Law that is the curse! We know that the curse cannot be obedience to the Law itself, because the prophets tell us that the Law will be written on our hearts (Jer 31:31-34) and we will be careful to obey its statutes (Eze 36:25-27); Jesus tells us that He does not know those who practice Law-lessness (Mat 7:21-23); John tells us that sin is Law-lessness, and the one who practices sin (Law-lessness) does not know Jesus (1 Joh 3:4-8); and Paul tells us that no one who makes a practice of those things which the Law condemns as sin, will inherit the kingdom of God (1 Cor 6:9-10). Paul himself was obedient to the Law throughout his ministry (Act 21:18-24).

Now that we have been redeemed from the curse of having to be justified by our obedience to the Law, we are free! Free to love God from a heart washed clean, and to show Him that we love Him, by clinging to His Word (which includes His Commandments) in love with our whole heart, soul, mind, and strength (Deu 6:4-9, Joh 14:21-24)! He is our loving Abba, and we are His loving children, who walk in His straight way (which is described by Torah, the father’s teaching for his son) that He has marked out for us!