You are here: Home / Bible Study / bibliology / the autographs of scripture, part two 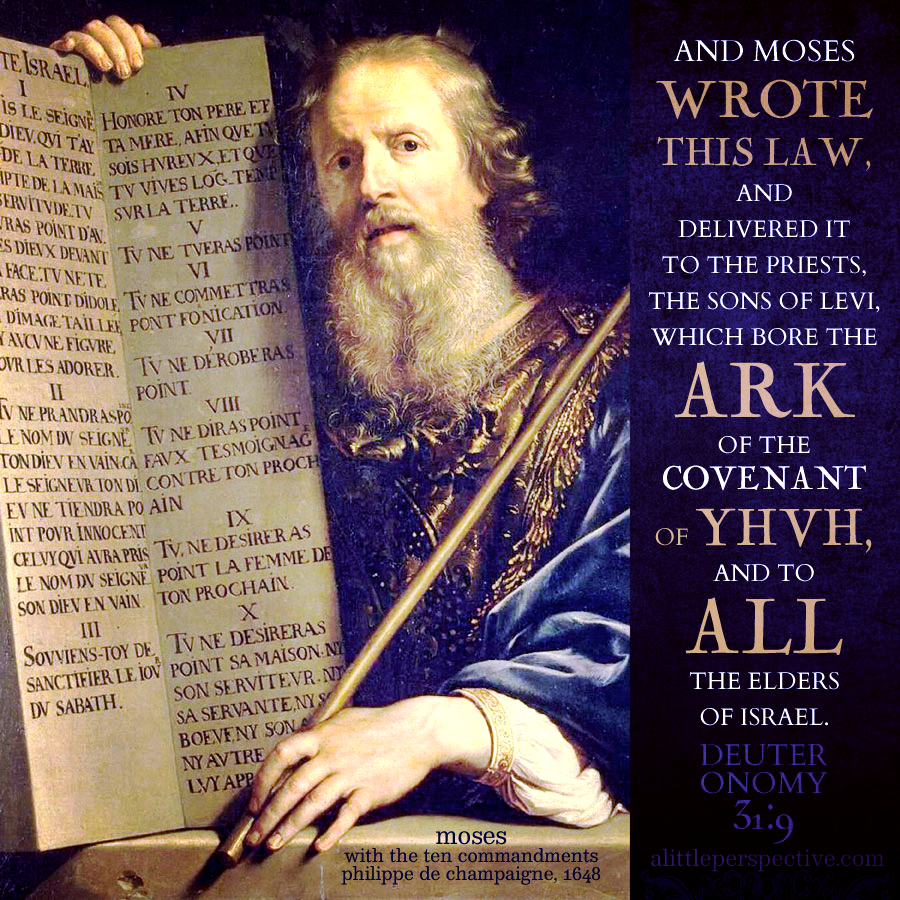 the autographs of scripture: genesis 2019 july 25

That Moses wrote down the history he lived through and witnessed, contained in the books of Exodus through Deuteronomy, is evident from the many instances where God commanded him to write His words:

And YHVH said to Moses, Write these words: for after the tenor of these words I have made a covenant with you and with Israel. Exo 34:27

“Write,” as it is used here and in most places in Torah, is Strong’s H3789 כתב kathab, a primitive root meaning, “to write, to record.” The meaning from the ancient Hebrew is even more telling: “to inscribe,” as records in the early ancient world were carved into a hard surface. Now perhaps some of the ordinary Hebrews of the Exodus could not read or write, being former slaves, but that the majority were literate is evidenced by commandments such as:

And these words, which I command you this day, shall be in your heart … And you shall write them on the posts of your house, and on your gates. Deu 6:6-9

Moreover, Moses was raised as a prince of Egypt, in all the learning provided for the royal children, so he certainly had the skill of the written word.

And Moses was learned in all the wisdom of the Egyptians, and was mighty in words and in deeds. Act 7:22

Moses was also the editor of Genesis, compiling the individual family records of the patriarchs together into a single book. He was so respectful of the original text, that he only updated it with editorial notes, rather than make textual changes.

Still another evidence from language is that the books written before Abram contain roots of words that were used in Sumer, but the books written after Abram moved to Canaan and visited Egypt contain words from Canaan and early Egypt. If Moses had written Genesis [instead of compiling it from earlier records], all the style would have been from later Egypt. Something we can see even in our English translations is evidence that Moses retained the original information, but at times updated it with short editorial additions. For instance, Gen 14:2 and 8 say, “Bela, which is Zoar.” Bela was the city’s name in Isaac’s time but Zoar was the name in Moses’ time. So Moses retained the original history as Isaac wrote it but he identified the city for the people of his time.

The Book of the Law, containing the compiled Genesis and the four books of Moses’ personal authorship–Exodus, Leviticus, Numbers, and Deuteronomy–was written prior to Moses’ death, entrusted to the Levites, and kept with the ark of the covenant.

As he delivered it as well to all the elders of Israel, it would not surprise me, if after they were settled in their regions in Canaan, while the Joshua generation still lived, that each tribe made and kept its own copy of the law for local reference in judging the minor cases. The Judges referred to the book of the law in judging Israel during their lifetimes (Jud 2:7, 16-17). The book of the law was an extant written record during all the history of the kings of Israel and Judah, prior to the Babylonian captivity.

And Hilkiah the high priest said unto Shaphan the scribe, I have found the book of the law in the house of YHVH. And Hilkiah gave the book to Shaphan, and he read it. And Shaphan the scribe came to the king, and brought the king word again, and said, Your servants have gathered the money that was found in the house, and have delivered it into the hand of them that do the work, that have the oversight of the house of YHVH. And Shaphan the scribe showed the king, saying, Hilkiah the priest has delivered me a book. And Shaphan read it before the king. And it came to pass, when the king had heard the words of the book of the law, that he rent his clothes. 2 Kin 22:8-11

It is telling that Yeshua reaffirmed Moses as the author of the book of the law.

He said to them, “Moses, because of the hardness of your hearts, suffered you to put away your wives: but from the beginning it was not so.”

“Do not think that I will accuse you to the Father: there is one that accuses you, even Moses, in whom you trust. For had you believed Moses, you would have believed Me; for he wrote of Me. But if you believe not his writings, how shall you believe My words?”

Summary: The autographs of Exodus through Deuteronomy were written by Moses, and were an eyewitness account of the history through which he lived, and the record of the word which YHVH commanded Israel.