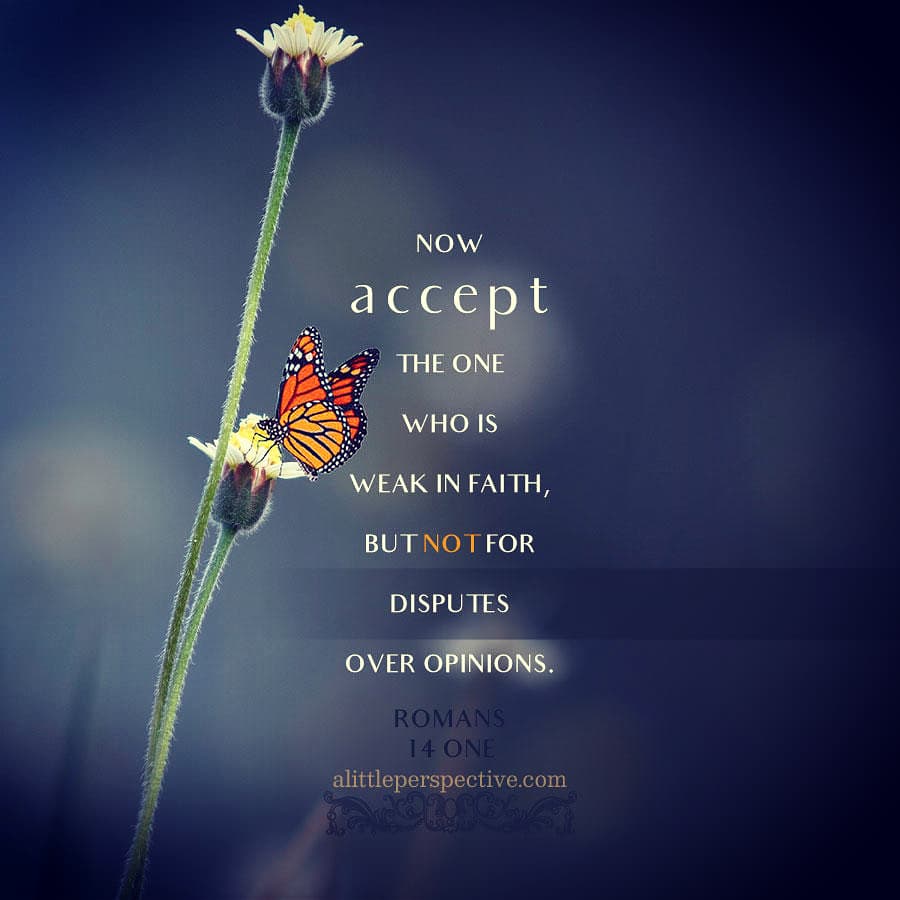 “Receive one who is weak in the faith, but not to disputes over doubtful things. For one believes he may eat all things, but he who is weak eats only vegetables. Let not him who eats despise him who does not eat, and let not him who does not eat judge him who eats; for God has received him. Who are you to judge another’s servant? To his own master he stands or falls. Indeed, he will be made to stand, for God is able to make him stand.” Rom 14:1-4

Now the letters Paul wrote, which we have preserved in the New Testament, are not actually stand- alone letters. They were written in response to letters sent to him by the new churches – or else to reports given to him by brothers coming to and from the churches. We only have his replies; we do not have the original letters, so we can only guess, from clues in his reply, what the question was that he was expounding on in his response.

In this case, we know first off, that there was a dispute in the church over how different believers were handling doubtful things. “Doubtful things” is the key phrase. It means that the church was facing an issue which was not clearly spelled out in Scripture already. We know, because what was already clearly spelled out in Scripture would not have been doubtful, right? The dispute was in a gray area.

Now lest we jump to a conclusion, and decide that they were having a discussion about the righteousness of being a vegetarian (that would be applying our time and culture to the text, instead of reading the text from the time and culture it was written), there was a meat- eating issue the early Church grappled with in their time and culture, that is not addressed in Scripture (the Old Testament), thus it would be a true gray area.