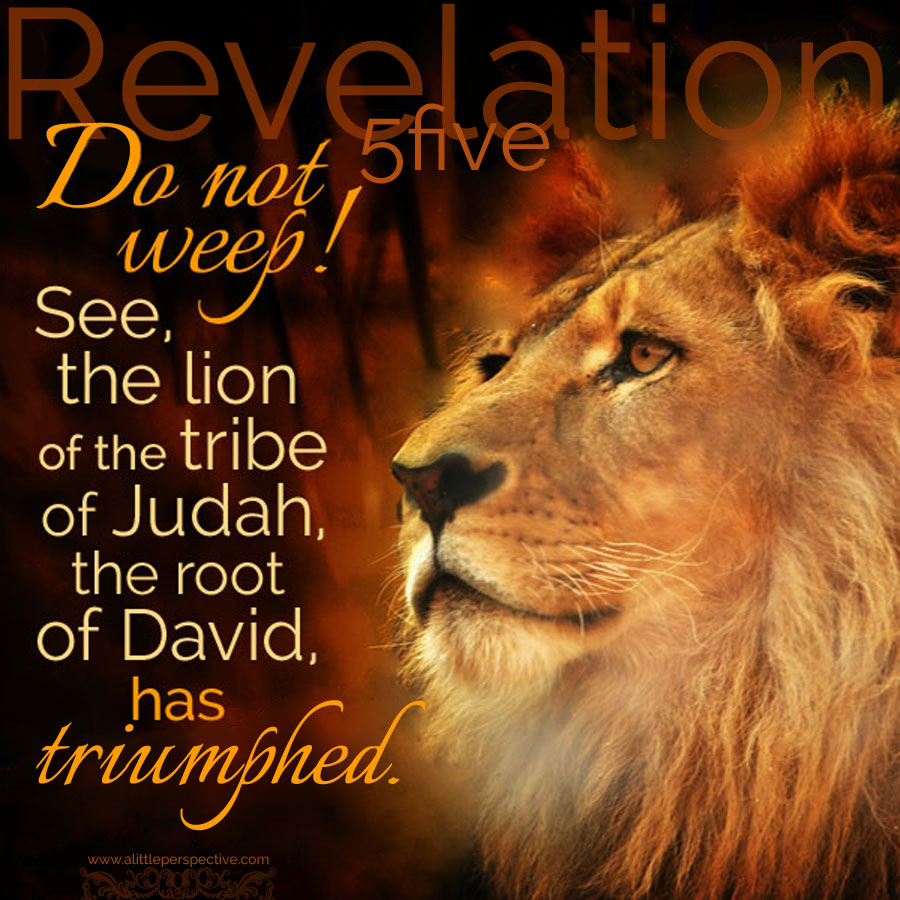 Only one is found who is worthy to open the scroll, the Lion of Judah, the Root of David, the Lamb who was slain. And this symbolism is not explained, because the Scriptures have already explained it. The Lamb had seven horns, which are not explained, meaning the symbolism of horns has already been explained in Scripture, and seven eyes, which are explained: the seven spirits of God, or the seven- fold ministry of the Spirit. Stay tuned for the identification of the symbolism of the horns.

The Lamb takes the scroll, but does not open it yet, and when He takes the scroll, the twenty- four elders and all the angels, and every created creature, praise and worship Him, and the One who sits on the throne. It is just more confirmation of the divine status of the Lamb, for throughout the Scriptures, the only One who is to be worshiped, is God alone.

Now, about beasts with horns:

I looked up “horn” in Strong’s concordance. I discounted the places where it referred to the the horn of an animal, or musical instruments, or vessels, which were originally made from the horns of animals. What was left was:

1) The altar of the burnt sacrifice, and the altar of incense, before the LORD in the tabernacle and Temple; both had four horns made of bronze, one on each corner. The blood of the sacrifice was to be applied to the horns, and the rest poured out at its base, to sanctify it.

3) A false prophet made for himself horns of iron, to tell Ahab that he would be successful in destroying the Syrians, in 1 Kin 22 and 2 Chr 18.

Strong’s indicates that this refers to the strength or might of the wicked, and Matthew Henry’s commentary indicates that “horn” refers to power or authority; i.e. the wicked lifts up his own horn, his own authority in defiance and rebellion against the LORD’s authority over him. Smith’s Bible Dictionary says “horn” is often used metaphorically to signify strength and honor, because horns are the chief weapons and ornaments of the animals which possess them; that they can signify victory; supreme authority; thus concretely, kings, or kingdoms. The use of “horn” to mean strength, power or authority is continued throughout the Psalms.

5) The word “horn” is used to indicate the Messiah as a horn sprouting from David in Psa 132:17, thus seeming to indicate supreme authority or kingship again.

6) Daniel has visions of beasts with horns, in chapters 7 and 8. And in this prophecy, the horn symbolism is directly explained by the angel: Dan 7:24, “As for the ten horns, out of this kingdom ten kings shall arise;” Dan 8:20-22: “As for the ram that you saw with the two horns, these are the kings of Media and Persia. And the goat is the king of Greece. And the great horn between his eyes is the first king. As for the horn that was broken, in place of which four others arose, four kingdoms shall arise from his nation, but not with his power.”

So I am assuming that when I encounter “horn” or “horns” used symbolically in Revelation, such as the Lamb having seven horns on its head, that it indicates power, strength, authority, seats of authority, or kings or kingdoms.