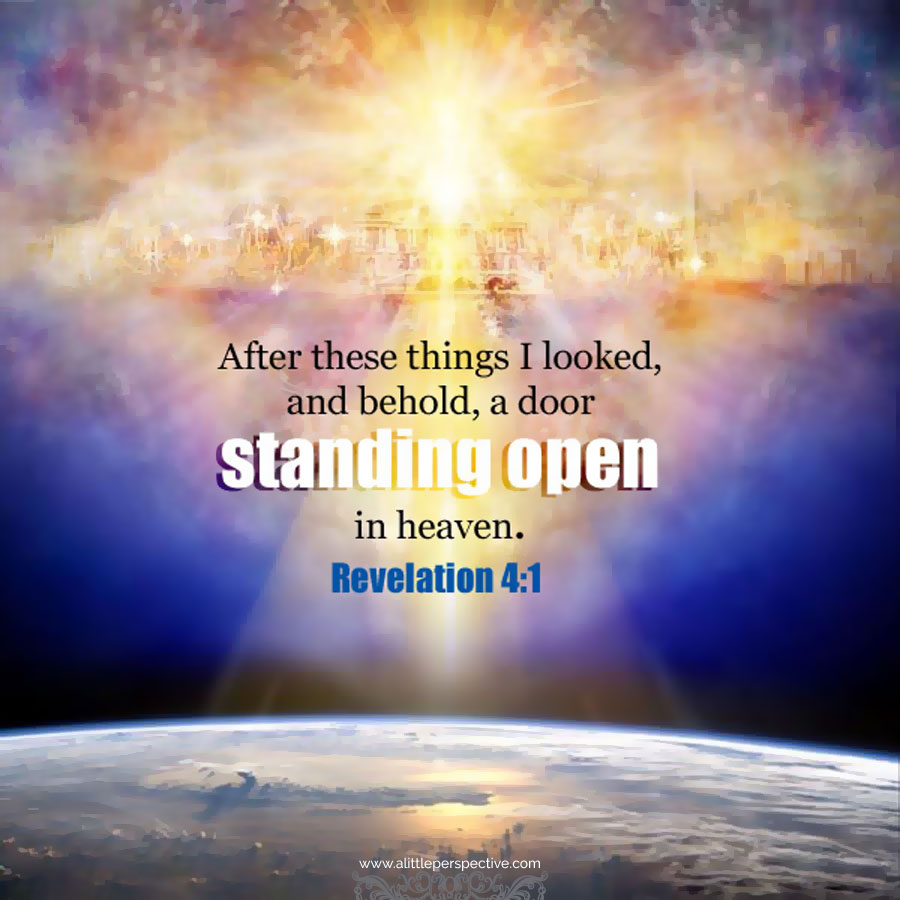 The traditional interpretation of Revelation understands the vision to be an unfolding historical description or picture of the period of time between the first and second comings of the Lord Jesus Christ. This is why over and over again in the book, John is told that the things which he is seeing must shortly and quickly come to pass. Their fulfillment began almost immediately, as we will see.

The next thing that happens, after the letters to the seven churches, is:

After these things I looked, and behold, a door standing open in heaven. And the first voice which I heard was like a trumpet speaking with me, saying, “Come up here, and I will show you things which must take place after this.” Rev 4:1

John then saw an awesome vision of the throne room of God. God’s throne is the source of the vision, and it is by His authority that the prophecy is given. Several other major prophets also saw visions of God’s glory and His throne, including Isaiah and Ezekiel. In fact, elements throughout Revelation, we will find, mirror elements and visions the other Old Testament prophets have seen, which thematically ties this prophecy to theirs.

The twenty- four elders first introduced in vs. 4, are, I believe, the twelve patriarchs of the tribes of Israel, and the twelve apostles of the Lord Jesus Christ. But that is speculation. Messiah Yeshua discussed who would sit on thrones in heaven (here and here), and it did not sound to me like they would be angelic beings.

The flames of fire before the throne are explained as the seven Spirits of God. The Spirit is often described as a fire (here and here, for example), and this is not the first time Scripture reveals that there are seven aspects or facets to the Spirit of God (see Isa 11:2, for example). It is interesting that the ministry of the Spirit described in Rom 12 is also a seven- fold ministry.

Why all this extra background, why not just get straight to the events of the vision? I think it is because the LORD is being careful to confer the authority of prophecy concerning this vision to John, using elements that are consistent with the greatest of Israel’s prophets, whose authority no one disputes.

With Rev 5 we will begin seeing the events of the vision unfold.