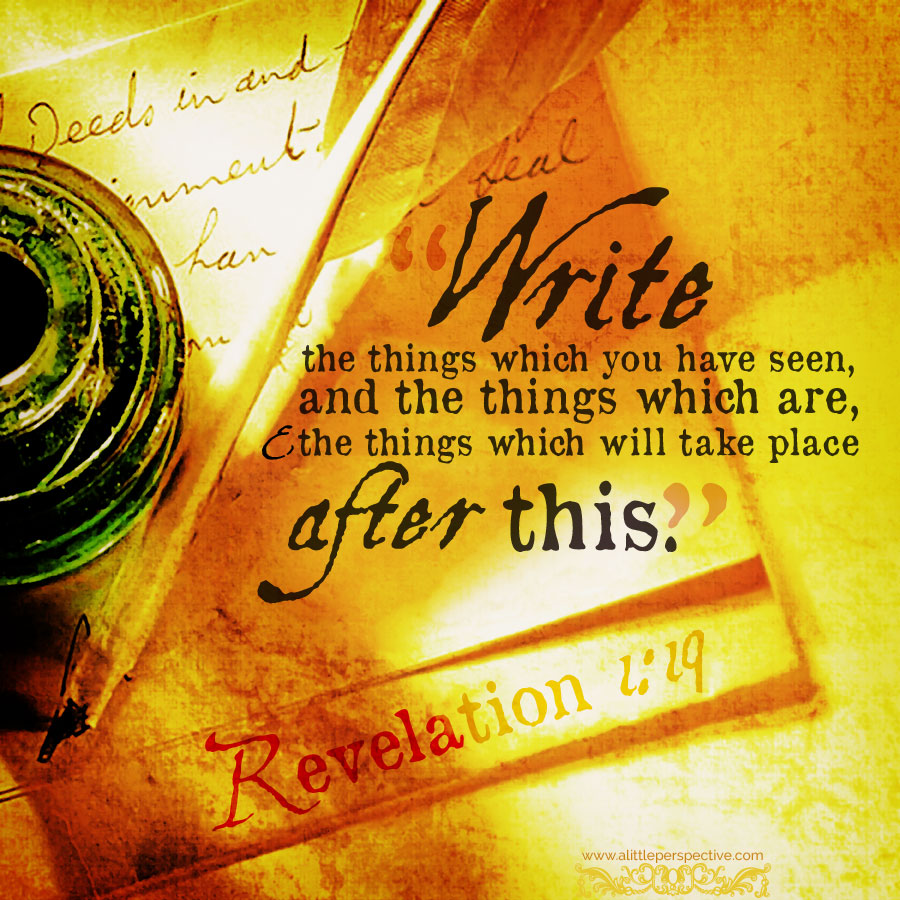 This verse holds the key to understanding the book of Revelation. In the book, John will write the things he saw: what is (present tense), and what will be (future tense). Rev 1 through 3 describes what is. In Rev 1 we learn that John was exiled to Patmos, that he was there because they were in the midst of a persecution (Domitian’s persecution of the Christians ran from 95 to 96 A.D., when it was ended because the emperor was assassinated). Rev 1 also describes the awesome glory of the risen Son of Man, whose words John records, and by whose authority the vision is given. These are things that are (present tense).

Symbols are introduced. The symbols that have already been explained elsewhere in Scripture, pass without comment. This is helpful to remember when we get to more difficult parts of the book later on. The double-edged sword coming from the mouth of the Son of Man needs no explanation, because the Word of God has already been described as a sword by Paul and the writer of Hebrews. By the time John receives this vision, Paul had been martyred thirty years, and his letters were well- known to all the churches and received as authoritative everywhere. But the symbols not encountered before receive comment, thus we learn that lampstands (menorahs) are churches, and stars are angels.

But I disagree. John is still describing what is at his present time. We know, because when the vision shifts to what will be, John is told that. It may also be that as the letters describe the church that is in the present time, they describe the present state of the church, which always is because of the Lord’s grace, human nature, and sin. I believe this to be true: that each individual letter is unique to that time and place, but that also, the sum of the letters contains a global message for all churches at all times. If so, we can find our church described, and therefore us; along with the commendations and admonitions. Hopefully we will heed it.

On Monday we can look at the detail in the letters to the seven churches from Rev 2 and 3.