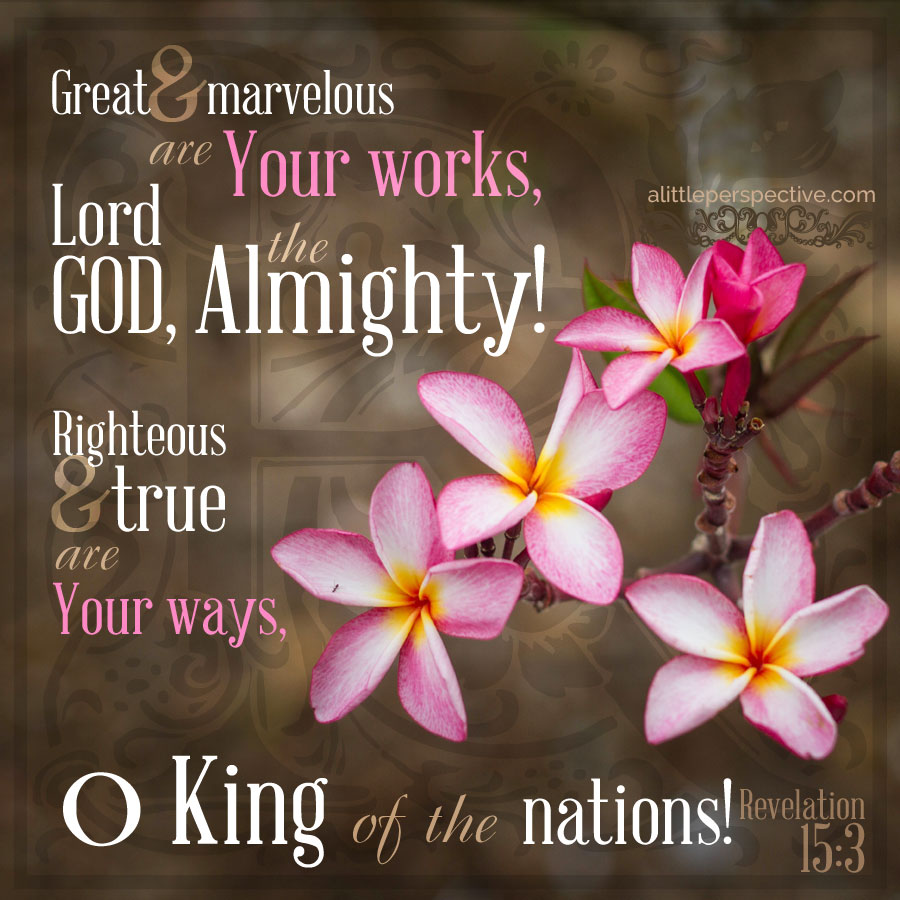 In Revelation 15 John sees the seven angels who have the seven last plagues which will complete the wrath of God. They are given seven bowls of wrath, which was trodden from the winepress of the grapes of wrath, harvested in chapter 14.

At the end of chapter 11, the seventh angel blew the seventh trumpet. Then chapters 12 through 14 told about Babylon’s long war against God, when she appeared to be victorious, and God’s war against Babylon, when His victory over her is prophesied. The interruption of chapters 12 through 14 is placed here, so that we learn who is receiving the wrath that the seven angels are about to pour out. The seventh trumpet reveals the seven angels who have the seven last plagues.

So, let’s talk about intervals between the sixth and seventh judgments in any series.

The first interval was described in Revelation 7, when the angel seals the name of God on the foreheads of the 144,000. Notice the name marked on the forehead? So the first interval opens with a number which can be counted, of the tribes of Israel, who have His mark on their forehead, and closes with a number which cannot be counted, of every tribe, language, and nation, who are worshiping God before His throne. This spiritual event comes after the sixth seal, which ended Emperor Diocletian’s reign as the sun god, and saw Constantine ban Christian persecutions, and crucifixions, and remove the capital of the Roman Empire to Constantinople, remade as a Christian city. It is a picture of CONVERSION to Christianity, after the brutal ancient Roman Great Tribulation persecutions of the Church were ended. The interval OPENS the spiritual event of Conversion, and we see that it keeps going, like ripples in a pond, down through the ages, even to the present day, until every tribe and tongue is worshiping God before His throne.

The second interval was described in Revelation 10 and 11, the opening of the little book and the testimony of the two witnesses. This spiritual event comes after the sixth trumpet, which saw the Turks besiege and take Constantinople in 1453. Then followed the invention of the printing press, the rediscovery of the Bible, the little book, and its translation begun into all the languages of the earth. It is a picture of REFORMATION. The second interval OPENS the spiritual event of Reformation, and we see that it keeps going, like ripples in a pond, down through the ages to the present day. The Reformation is what turns the tide in Babylon’s long war against God, what causes the difference to be seen between the false lamb who looks like Yeshua but speaks the words of the dragon of Rev 13, and the false worshipers who have the name of the beast marked on their foreheads, and the True Lamb who appears on Mount Zion with the 144,000 who have the name of YHVH marked on their foreheads, of Rev 14.

The third interval, the days in which we now live, is coming up in the book …