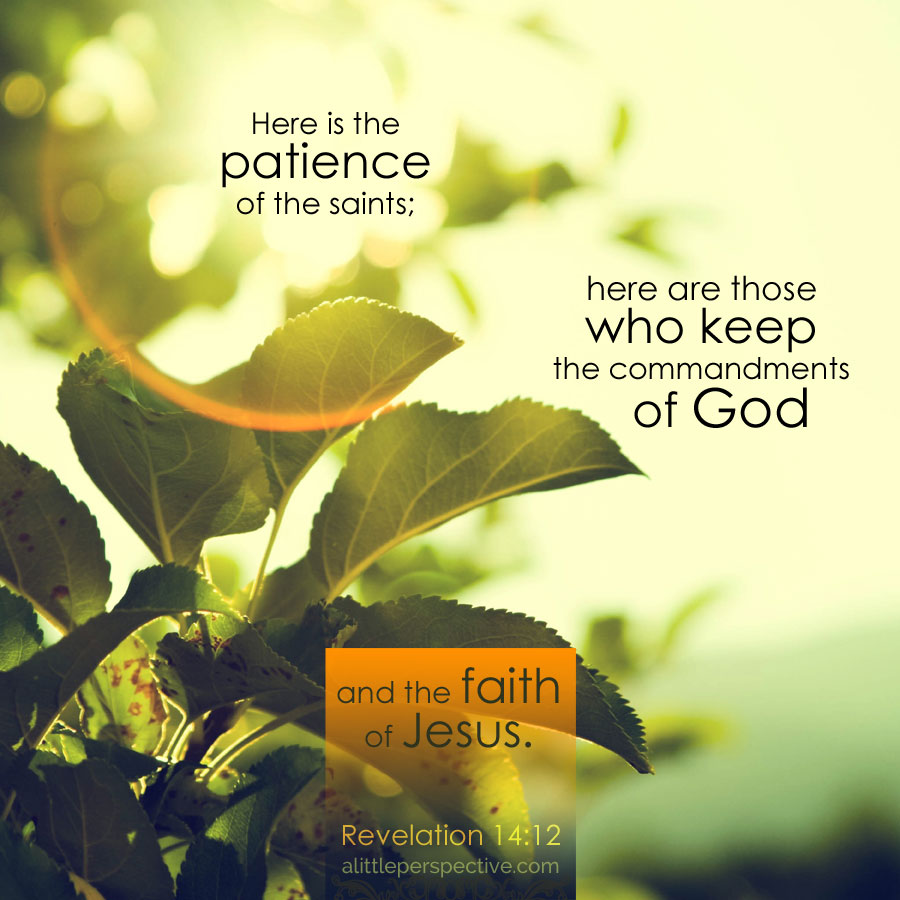 1a) Rev 14:5-7, Then I saw another angel flying in the midst of heaven, having the everlasting gospel to preach to those who dwell on the earth—to every nation, tribe, tongue, and people— saying with a loud voice, “Fear God and give glory to Him, for the hour of His judgment has come; and worship Him who made heaven and earth, the sea and springs of water;”

1b.1) Rev 14:8, And another angel followed, saying, “Babylon is fallen, is fallen, that great city, because she has made all nations drink of the wine of the wrath of her fornication;”

1b.2) Rev 14:9, Then a third angel followed them, saying with a loud voice, “If anyone worships the beast and his image, and receives his mark on his forehead or on his hand;

1b.1 repeated) Rev 14:10-11a, He himself shall also drink of the wine of the wrath of God, which is poured out full strength into the cup of His indignation. He shall be tormented with fire and brimstone in the presence of the holy angels and in the presence of the Lamb. And the smoke of their torment ascends forever and ever; and they have no rest day or night;

1b.2 repeated) Rev 14:11b, Who worship the beast and his image, and whoever receives the mark of his name;”

1b.3) Rev 14:12-13, Here is the patience of the saints + those who keep the commandments of God and the faith of Jesus/ Then I heard a voice from heaven saying to me, “Write: ‘Blessed are the dead who die in the Lord from now on.’” “Yes,” says the Spirit, “that they may rest from their labors, and their works follow them;”

2b.1) Rev 14:19b-15:1, And threw it into the great winepress of the wrath of God. And the winepress was trampled outside the city, and blood came out of the winepress, up to the horses’ bridles, for one thousand six hundred furlongs. Then I saw another sign in heaven, great and marvelous: seven angels having the seven last plagues, for in them the wrath of God is complete;

2b.2) Rev 15:2, And I saw something like a sea of glass mingled with fire, and those who have the victory over the beast, over his image and over his mark and over the number of his name, standing on the sea of glass, having harps of God;

2a) Rev 15:3b-4, “Great and marvelous are Your works, Lord God Almighty! Just and true are Your ways, O King of the saints! Who shall not fear You, O Lord, and glorify Your name? For You alone are holy. For all nations shall come and worship before You, For Your judgments have been manifested.”