You are here: Home / Bible Study / revelation / Revelation 10, The voice of the seven thunders 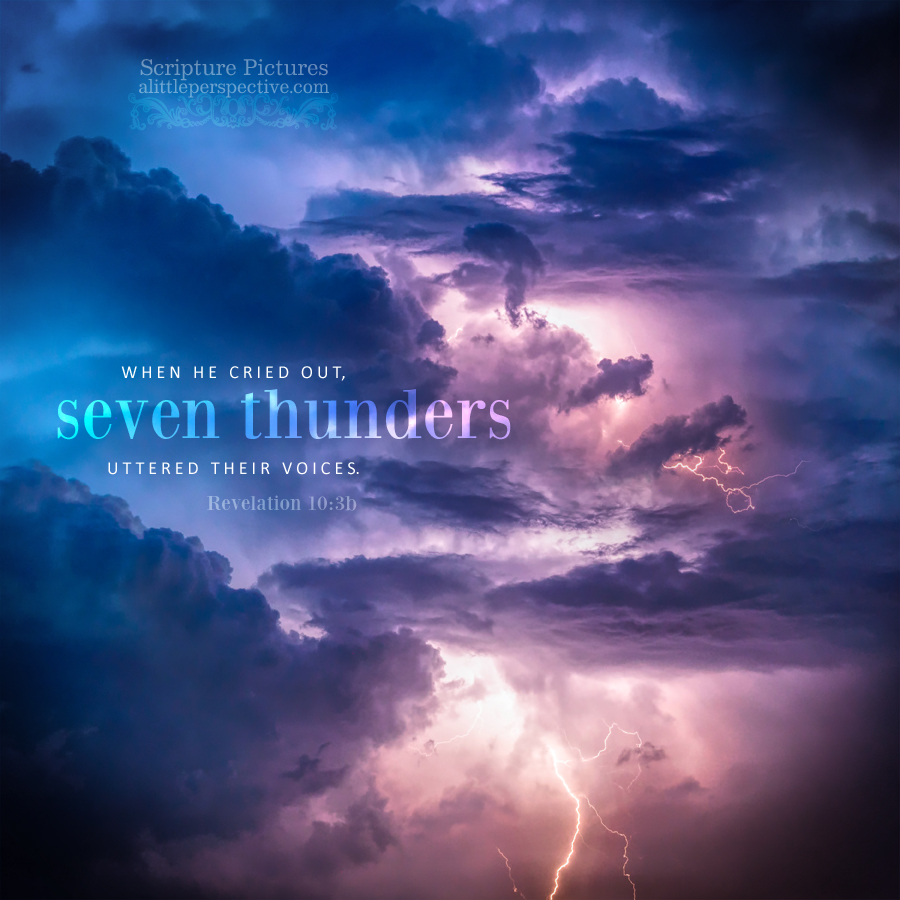 Revelation 10 begins the events of the second interval period between the sixth and seventh trumpet judgment. The seven thunders accompany the events of the little book which had been shut, but which would be open again, and ‘prophesy again before many peoples, and nations, and tongues, and kings.’ The little book is the Bible. These are the seven instigators, if you will, of the Reformation, in their countries. If these are the seven thunders, then they uttered from 1372 to 1564.

In the history books, you will often read subtitles for the section on the Reformation in Europe, saying something like, A Thunderstorm in Church. I have found the old histories tend to validate the prophecy by using the exact language that is used in Revelation, without knowing what they are validating. Even unbelievers, such as Edward Gibbon and H. G. Wells, used the exact language of Revelation in their descriptions of that history, and made these phrases common to every man.