You are here: Home / Bible Study / psalms / psalm 91, it shall not come near you 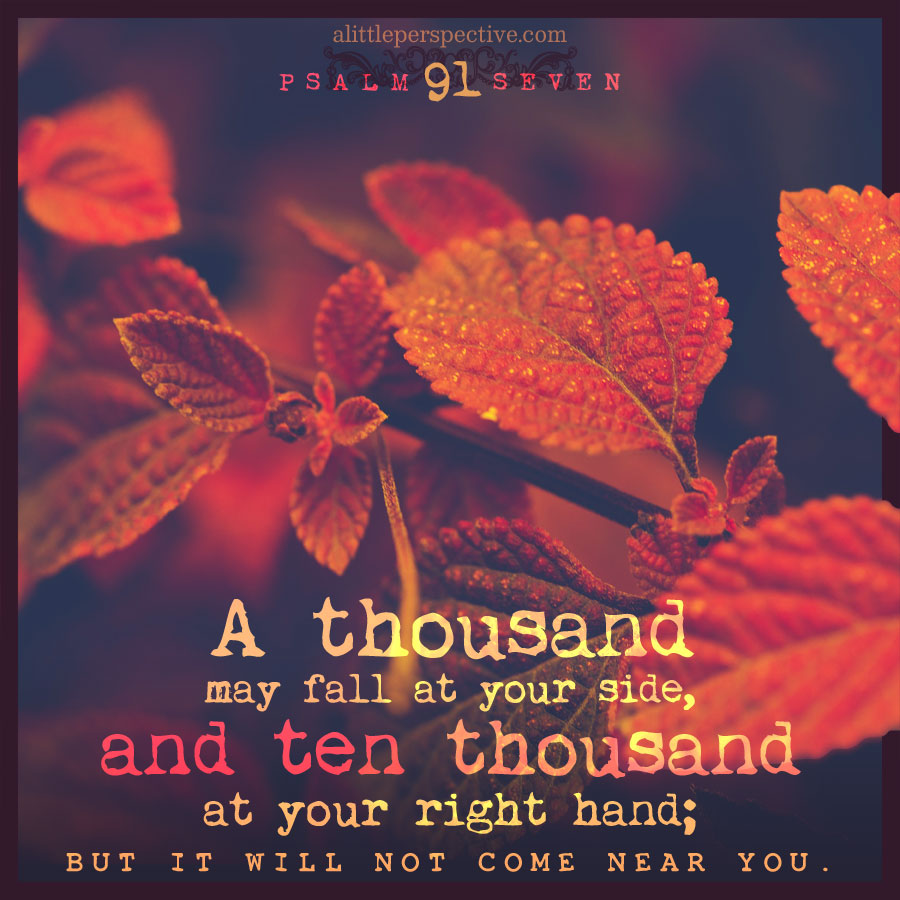 Psa 91:5-7, You shall not be afraid of the terror by night, nor of the arrow that flies by day, nor of the pestilence that walks in darkness, nor of the destruction that lays waste at noonday. A thousand may fall at your side, and ten thousand at your right hand; but it shall not come near you.

Psa 91:10, No evil shall befall you, nor shall any plague come near your dwelling.

What an awesome promise to have, especially as we enter the end times and the possibility of terror (terrorism), war (arrows), pestilence and plagues (epidemics, pandemics, and superbugs), and destruction in broad daylight (crime and anarchy) increases. The promise is very clear: the evil will not befall us, or come near or dwelling.

Evil befalls all of us all the time. Suffering is a part of this life. So is the psalmist making a false claim? No, these promises are for the one who:

1) Dwells in the secret place of the Most High:

He who dwells in the secret place of the Most High shall abide under the shadow of the Almighty. I will say of the Lord, “He is my refuge and my fortress; my God, in Him I will trust.” Psa 91:1-2

2) He who has made YHVH his refuge and dwelling place:

Because you have made the Lord, who is my refuge, even the Most High, your dwelling place, Psa 91:9

Someone can be a believer, can be saved and going to heaven when they die, and not be dwelling in the secret place of the Most High. This is a specific promise for a specific set of people. What does it mean to make the Most High our dwelling place?

Let me just share an experience I had in 2012 when I was first doing research for these notes. I had stopped by my son’s house during the day, and parked in his driveway. He had to leave while I was still there, and had to repark my car in order to get out. When I was ready to go home, it was pitch black outside (he was still not back from his errand). Now my son’s driveway is not lighted. He parked the car in a great place when you can see, but it happened to be right by a drainage ditch. It was in a place I had not parked in before — not a problem during the day. Well, I did not realize the drainage ditch was there, and I stepped around the ground in order to get into the driver’s side … and there was no ground under my foot — something I was not expecting. I fell into the drainage ditch. My leg that took the brunt of the fall, was one that was badly injured in a traffic accident a few years back and I have to be careful of it in the best of circumstances.

But as I began falling, I really was falling in slow motion. I landed gently. I was able to get back up out of a ditch without help, and my leg was not even bruised. I had one small scrape and that was all. As I was thinking about these things, and the depth of the ditch and the force of the fall, my ankle should have been twisted, or my leg broken. But there was no damage at all. I truly believe that I was being borne up on the hands of angels as I was falling, so that I would not sustain any damage at all. I cannot account for there not even being a bruise otherwise. So … dwelling in the secret place of the Most High, so that no evil befalls you … stay tuned …

« psalm 91, your shield and buckler
psalm 91, dwelling in the secret place, part one »