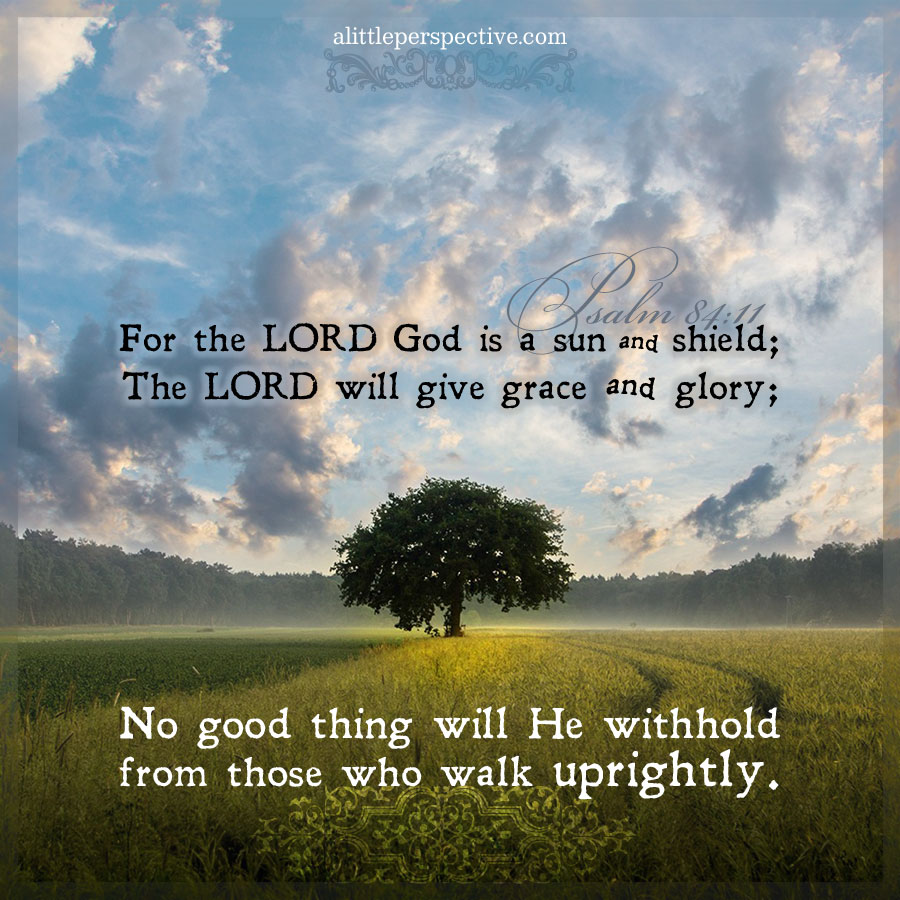 This is the amazing pattern I found this morning::

2a) Psa 84:4, Blessed are those who dwell in Your house; They will still be praising You. Selah

1a) Psa 84:5, Blessed is the man whose strength is in You, In whose heart are the highways;

2a) Psa 84:7 They go from strength to strength; Each one appears before God in Zion.

2b) Psa 84:10b, I would rather be a doorkeeper in the house of my God Than dwell in the tents of wickedness;

I discovered something interesting about the 1B pair (vs. 3-7). First of all, what does it mean, “in whose heart are the highways”? I think it is being used in the same context as in Proverbs:

The highway of the upright is to depart from evil; He who keeps his way preserves his soul. Pro 16:17

This man, for whom the Lord is his strength, and in whose heart are the highways of the upright, when he passes through the Valley of Baca, he makes it a place of springs. The Valley of Baca means in Hebrew, “the valley of weeping.” Instead of the water coming from the rivers of tears from the sorrow of the people, the water now comes, like rivers of living water, from the goodness and blessing of the Lord upon the people, when a man in whose heart are the highways brings justice, alleviates suffering, supplies the poor and needy with bread, and, just as our Messiah Yeshua, goes about doing good, and healing all the oppressions of the devil. This is the fruit of Torah lived out in a life, for it is the Law of Love.

« psalm 83, victories over Israel’s enemies
the curse of despising justice »