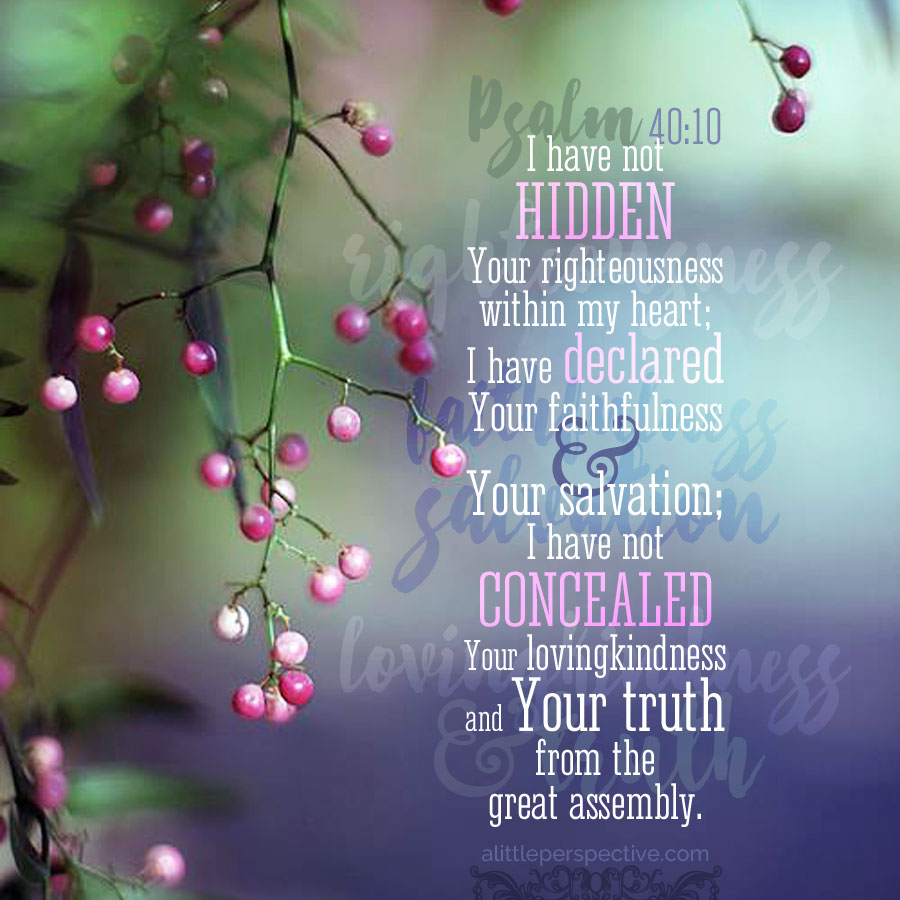 I waited patiently for YHVH; and He inclined to me, and heard my cry. Psa 40:1

TO WAIT  Strong’s H6960  קוה qavah; Measuring time, secure in Him to whom we look.

TO HEAR Strong’s H8085 שמע shama; We breathe intently when we listen, focusing on what is being said so that we can comprehend it.

He brought me up also out of the tumultous pit, out of the miry clay, {n} and set my feet upon a rock; He established my goings. Psa 40:2

TO BRING UP, GO UP Strong’s H5927 עלה alah; Watched captives bound together by a yoke lifted up on their shoulders.

TO SET, TO STAND Strong’s H6965  קום quwm; A plant stands up when it gathers to itself  water drawn up from the root.

TO ESTABLISH Strong’s H3559 כון kuwn; The opening of the seed i.e., the going down of the root, secures or establishes the plant to allow it to stand upright.

TO PUT Strong’s H5414 נתן nathan; Giving is marked by planting a seed.

SONG Strong’s H7892 שיר shir; a concrete object, from TO SING Strong’s H7891 שיר shiyr; The hand closed upon cords of varying widths, and plucked them, making music to accompany the singing voice.

TO FEAR Strong’s H3372 ירא yare; The man fears what he worships above himself as the greater.

TO TRUST Strong’s H982 בטח batach; The family surrounded by the wall.

Happy is that man that has made YHVH his trust, {n} and has not turned unto the arrogant, nor to such as fall away treacherously. Psa 40:4

HAPPINESS Strong’s H835 אשר esher; an abstract concept, used as an interjection: “How happy!” from TO BE STRAIGHT Strong’s H833 אשר ashar; Strong cord as a straight plumb line.

TO TURN Strong’s H6437 פנה pawnah; a primitive root meaning, “to turn oneself,” that is, to turn the face toward.

The story: To open (pey) the seed (nun), meaning the root is going down; so the face bowed down (pey + nun) in worship (hey).

The story: The resh + bet pair denotes the head (resh) of the family (bet), who settled all disputes and represented the entire tribe or clan in national matters. He was meant to be abundant in wisdom and authority. That the hey is within the heart of this man, represents his function as father or patriarch, one who lifts up the head, providing encouragement via revelation (hey) for those under his authority. The connection to “arrogance” is in its negative spin as an overabundance of encouragement or assurance.

TO TURN ASIDE Strong’s H7750 שוט shuwt; a primitive root meaning, “to turn aside (to fall away from right or truth).” According to the Ancient Hebrew Lexicon, the shin was transposed from an original sin over time because of their similar sounds.

The thorn can represent a turning, as when someone encounters a thorn in the path and turns from it to go another direction. The story: To turn (sin), as if hooked (vav), around (tet, as the basket is around what it contains).