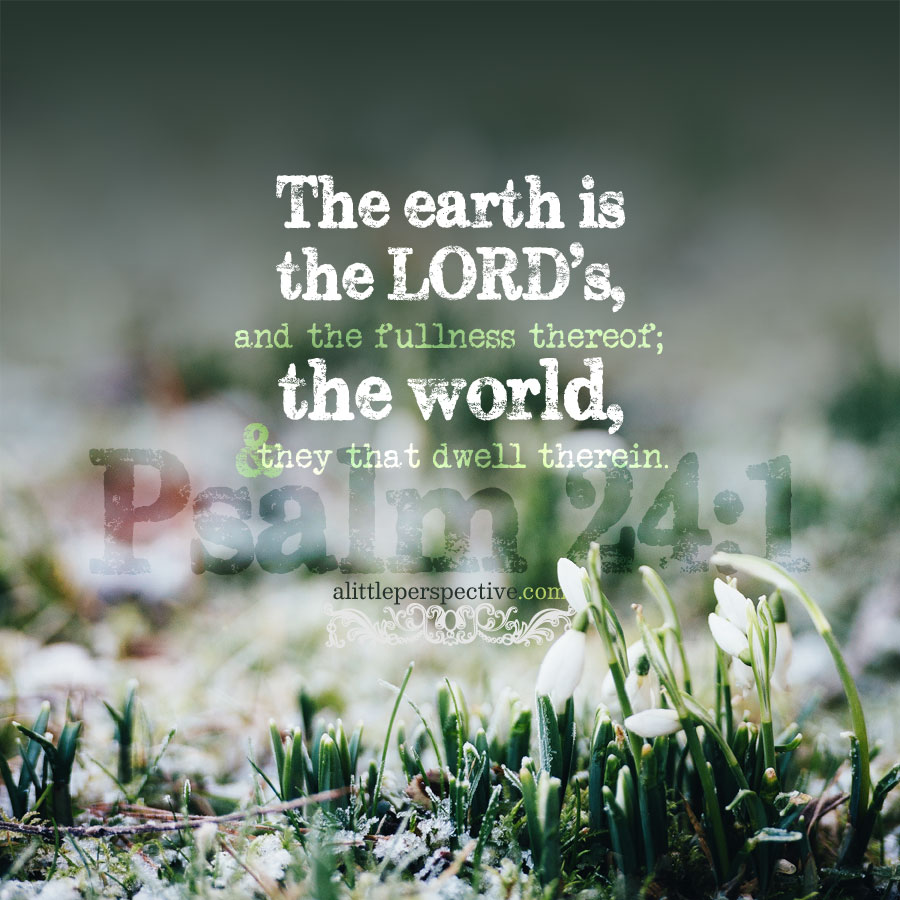 central axis) Psa 24:4b, Who has not lifted up his soul to an idol, nor sworn deceitfully;

2c) Psa 24:5, He shall receive blessing + righteousness from the LORD, the God of his salvation;

A pair: The earth and all who dwell in it belong to the LORD, because He is our Creator. Therefore, He is also our King – His is the authority. He who is king has both the right and the responsibility to exercise authority. That He has the right means that when He gives a commandment it ought to be obeyed by those under His authority. The one who does not obey the king, has placed himself outside the law – he is an outlaw, then, and has removed himself from the rights and protections of citizenship in the kingdom. That He has the responsibility means that He exercises His authority in order to care for, bless, and protect those who are subject to Him and who depend on Him. Only man uses rulership in order to oppress those subject to him and to be served by those who depend on him. So, let the gates and ancient doors recognize their King, and admit Him in His great glory!

B pair: The front side asks the question Who? The back side answers the question: Jacob, with a further qualifier: Jacob is identified as the generation who seeks the LORD’s face.

C pair: This pair along with the central axis expounds on the answer to the question Who? who ends up being identified as Jacob. Jacob seeks the LORD’s face (relationship); Jacob’s heart is pure (circumcised) out of which flows clean hands, or right acts. He worships God and not idols, and is a truth teller. Incidentally, one of Satan’s major character traits is that being a liar and the father of them. The one who seeks Him, whose heart is circumcised and whose hands are clean, is the one who will receive blessing from the God of his salvation – not the one who mentally affirms correct doctrine without a corresponding heart change or who belongs to the right denomination.