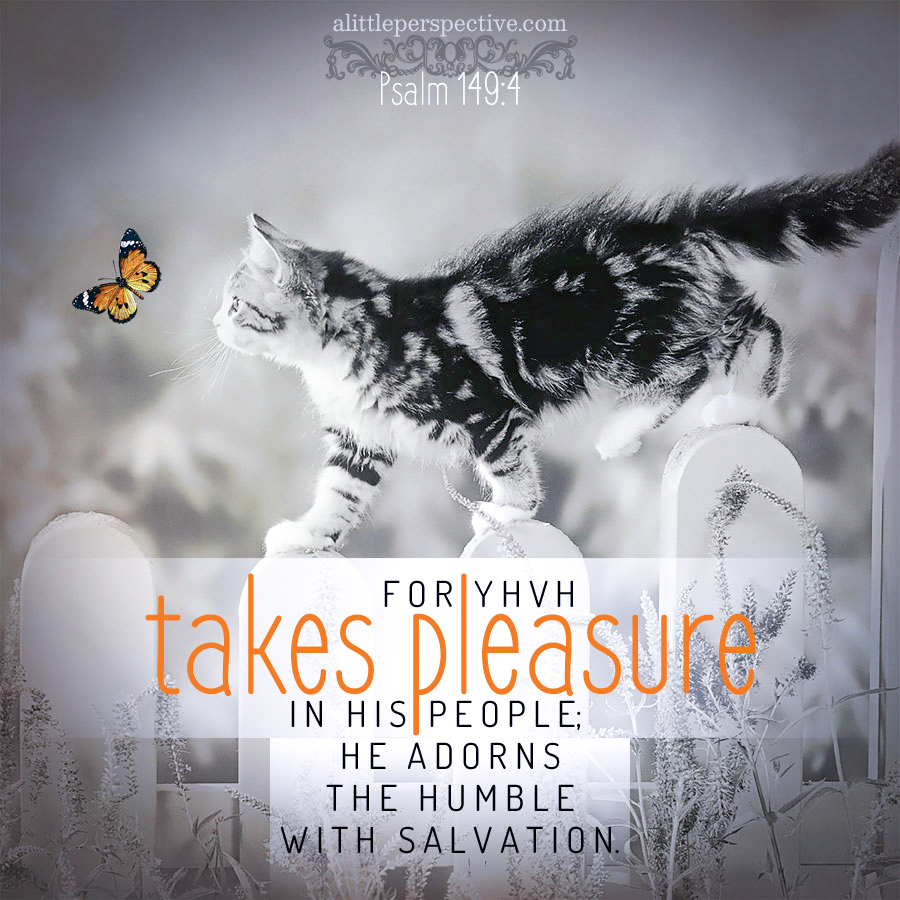 2 Let Israel rejoice in their Maker; let the children of Zion be joyful in their King;
3 Let them praise His name with the dance; let them sing praises to Him with the timbrel and harp;

central axis) Psa 149:4, For the Lord takes pleasure in His people; He beautifies the humble with salvation;

6b And a two-edged sword in their hand;
7 To execute vengeance on the nations, and punishments on the peoples;

central axis) Psa 149:8, To bind their kings with chains, and their nobles with fetters of iron;

Are the saints of God called to slay kings, nobles, and peoples with a two-edged sword? I think John Gill has the right sense of it, when he says the weapons of our warfare are not carnal, but mighty in God for the pulling down of strongholds. The two-edged sword we wield is the Word of God. For if we were to execute vengeance in this age, as the Muslims do, then Jesus would not have stopped His disciples from calling down fire and brimstone on the town that rejected Him:

Now it came to pass, when the time had come for Him to be received up, that He steadfastly set His face to go to Jerusalem, and sent messengers before His face. And as they went, they entered a village of the Samaritans, to prepare for Him. But they did not receive Him, because His face was set for the journey to Jerusalem. And when His disciples James and John saw this, they said, “Lord, do You want us to command fire to come down from heaven and consume them, just as Elijah did?”

But He turned and rebuked them, and said, “You do not know what manner of spirit you are of. For the Son of Man did not come to destroy men’s lives but to save them.” And they went to another village. Luk 9:51-56

A day for executing vengeance in the traditional sense may well come, but it will be under the direction and command of the returned King Himself, and not up to us. Those who advocate otherwise are not doing so by the direction of the Holy Spirit, but another manner of spirit altogether.