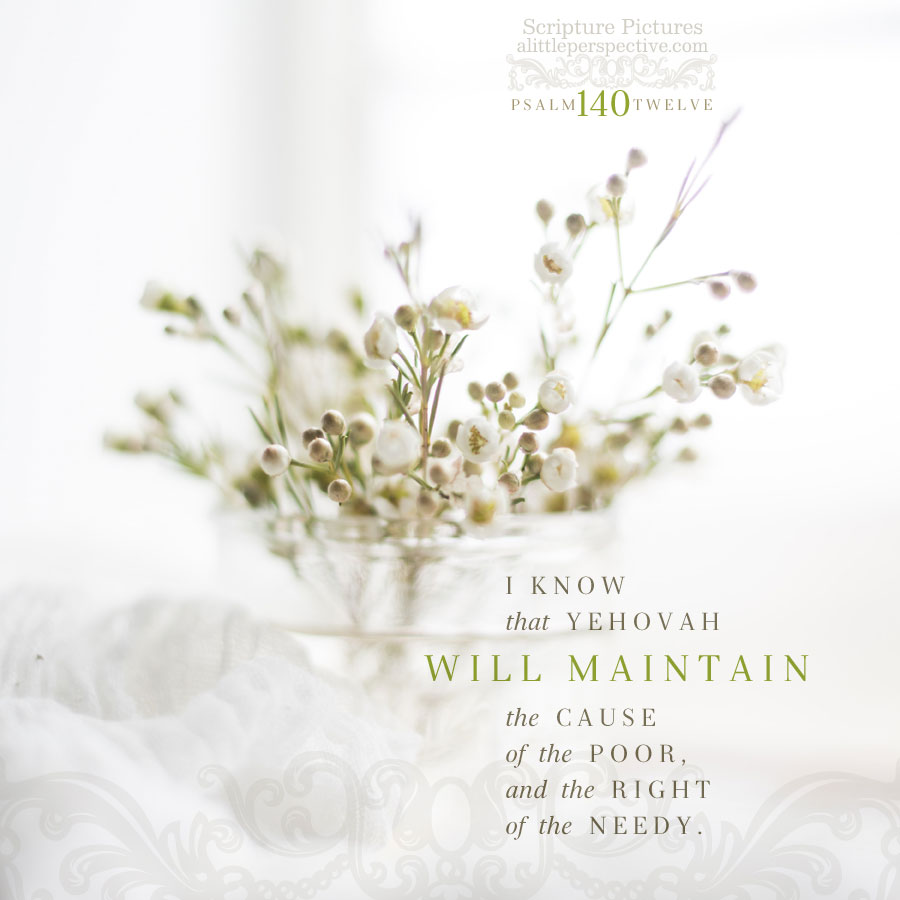 6 I said to the Lord: “You are my God; Hear the voice of my supplications, O Lord;
7 O GOD the Lord, the strength of my salvation, You have covered my head in the day of battle;

central axis) Psa 140:8, Do not grant, O Lord, the desires of the wicked; do not further his wicked scheme, lest they be exalted; Selah

9 “As for the head of those who surround me, let the evil of their lips cover them;
10a Let burning coals fall upon them;

2a) Psa 140:11, Let not a slanderer be established in the earth; let evil hunt the violent man to overthrow him.”

conclusion) Psa 140:12-13, Evil men shall not prevail, but the upright shall dwell in Your presence;

12 I know that the Lord will maintain the cause of the afflicted, and justice for the poor;
13 Surely the righteous shall give thanks to Your name; the upright shall dwell in Your presence. {p}

The B pair is interesting. Evil and violent men set traps and lay snares for the righteous. This puts me in mind of the serpent in the Garden of Eden. Eve had no thought in her heart to disobey God when she woke up that morning, but she stumbled into a trap, cleverly laid by the serpent, which was hidden from her. He used the poison of words to set it. Not only does the evil one set traps to trip up our feet, but he also hides cords, which are means of bondage. We can bind ourselves up into bondages, captivity, when we do not discern evil words but merely accept and agree with what is being said, without comparing it critically to the truth of God’s word, our plumb line. But by discerning the truth, we can be free from those cords, for Jesus said, “You shall know the truth, and the truth shall set you free,” (Joh 8:32).

In the 2B pair, the wicked are cast into deep pits from which they cannot escape. The trap they had hoped to set for others, has come upon themselves. And that is the hope God is giving us. We may be contending with evil right now, but it shall not be established; rather, our own cause will be maintained and the day is coming when we will give thanks to the LORD for its defeat! ♥