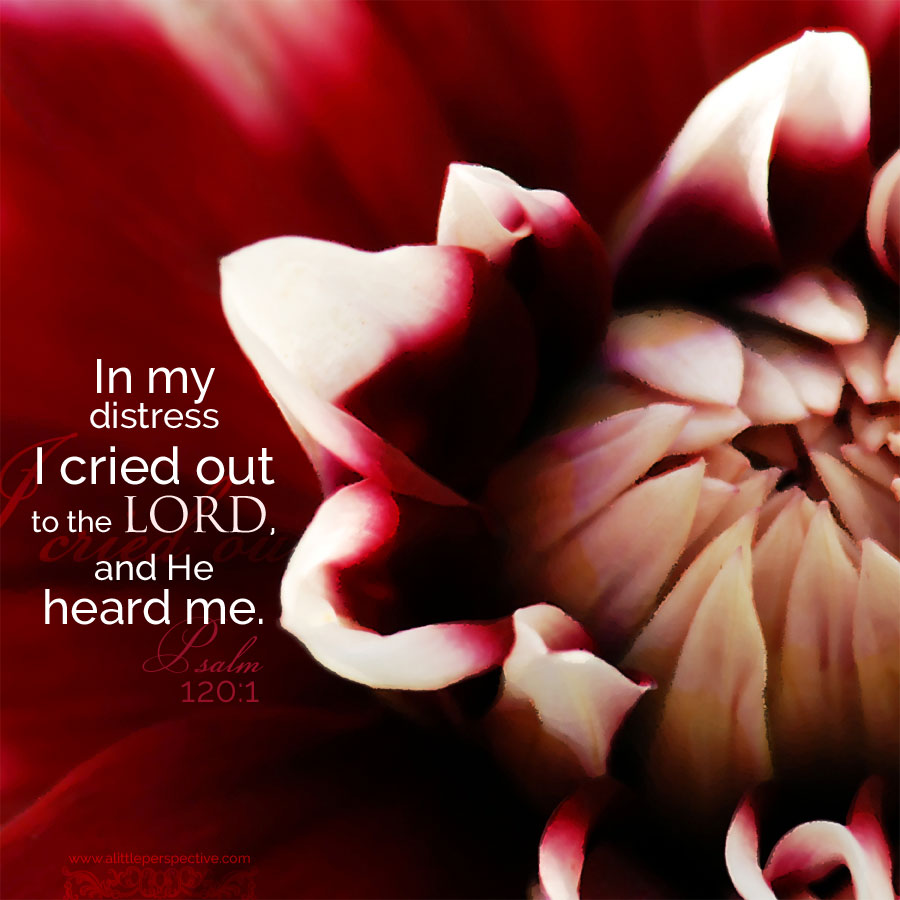 1 In my distress I cried to the Lord, and He heard me.
2 Deliver my soul, O Lord, from lying lips and from a deceitful tongue.
3 What shall be given to you, or what shall be done to you, you false tongue?
4 Sharp arrows of the warrior, with coals of the broom tree!
5 Woe is me, that I dwell in Meshech, that I dwell among the tents of Kedar!
6 My soul has dwelt too long with one who hates peace.
7 I am for peace; but when I speak, they are for war. {p}

central axis) Psa 120:4, Sharp arrows of the warrior, with coals of the broom tree!

The broom tree makes excellent hardwood coals that burn long and hot. That sharp arrows of the warrior are mentioned with broomwood coals, calls to mind arrows whose tips have been set on fire, then shot. These fiery shafts are like those which the enemy shoots at our hearts:

His weapon of choice just happens to be lying lips and a deceitful tongue!

You are of your father the devil, and the desires of your father you want to do. He was a murderer from the beginning, and does not stand in the truth, because there is no truth in him. When he speaks a lie, he speaks from his own resources, for he is a liar and the father of it. Joh 8:44

And lies are how he steals, kills, and destroys from us. His power was broken at the cross and at the resurrection; now the only power he has is to try to convince us to agree with him when he lies. We give him power he has no right to, in other words, when we receive his lying words instead of the Lord’s truthful ones!

If the pairing is correct, it is interesting to note that the one of lying lips and a deceitful tongue, actually hates peace and holds war in his heart. The passage in Ephesians about quenching the fiery darts of the evil one, is in the context of the true warfare that we as believers face. It is not against man, but the against the lying words of the enemy! It is a war that he has launched against God and all who are God’s … for the one who calls upon the Lord, is for peace.

Meshech was one of the sons of Japheth, who settled in the north. Bill Cooper makes a compelling case that this tribe became the ancestors of the Russians who settled the Meschera Lowland surrounding Moscow. Kedar was the second son of Ishmael, who settled in the south, in Arabia. His name in Hebrew means, “dark-skinned.” The Psalmist might very well be saying, woe is me, that I dwell north, and south, but not in the Land. In fact, many of these psalms of ascents, from Psa 120-134, may have been written during the Exile or upon the return from Exile.