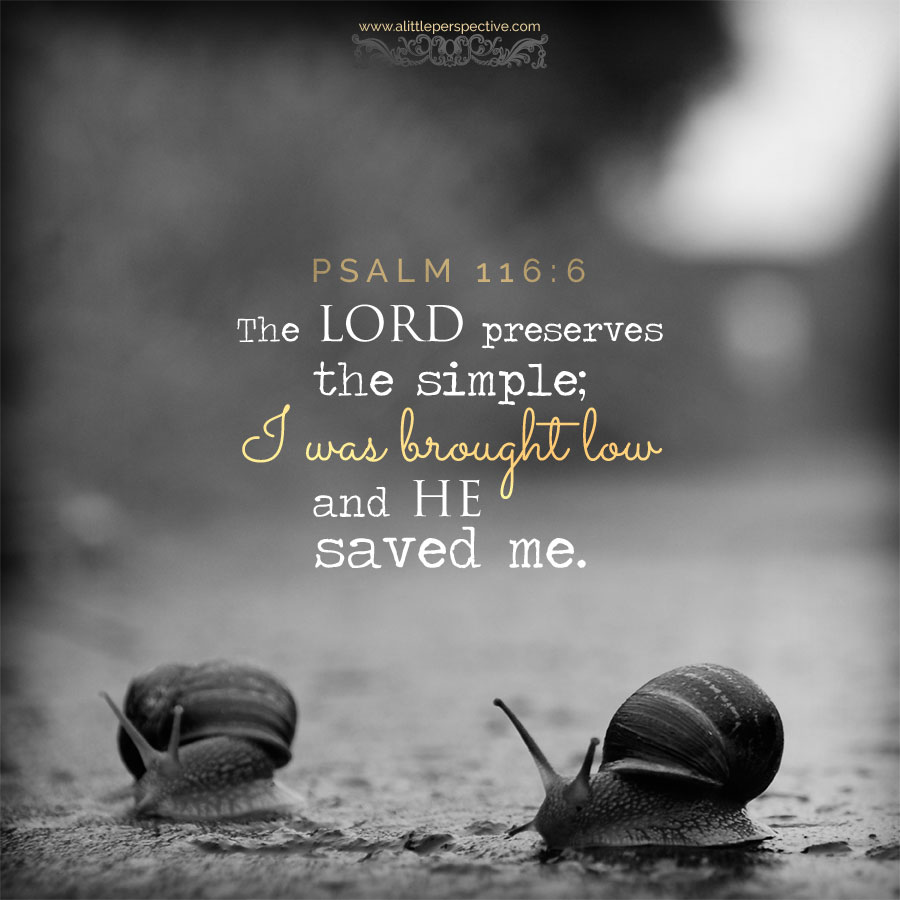 1 I love the Lord, because He has heard My voice and my supplications;
2 Because He has inclined His ear to me, Therefore I will call upon Him as long as I live;

1a) Psa 116:3, The pains of death surrounded me, and the pangs of Sheol laid hold of me; I found trouble and sorrow;

central axis) Psa 116:6, The Lord preserves the simple; I was brought low, and He saved me;

8 For You have delivered my soul from death, my eyes from tears, And my feet from falling.
9 I will walk before the Lord In the land of the living.

12 What shall I render to the Lord for all His benefits toward me?
13 I will take up the cup of salvation, and call upon the name of the Lord;
14 I will pay my vows to the Lord now in the presence of all His people;

17 I will offer to You the sacrifice of thanksgiving, and will call upon the name of the Lord;
18 I will pay my vows to the Lord now in the presence of all His people;
19a In the courts of the Lord’s house, In the midst of you, O Jerusalem. {n}

I believe the psalmist truly despaired of life because of the gravity and precariousness of his trials. But as he meditated on the steadfastness of the Lord as an anchor of help and hope when He is called upon by His servants, he realized that even if he were to die, it would not diminish the Lord’s help, because then he would be free from his bonds – his trials, whatever they were, would be over for him forever (2B pair). But then, as the Lord brought about his deliverance and his salvation, he realized that he had believed things were far worse than they really were (1B pair). Isn’t that usually the way of it! ♥