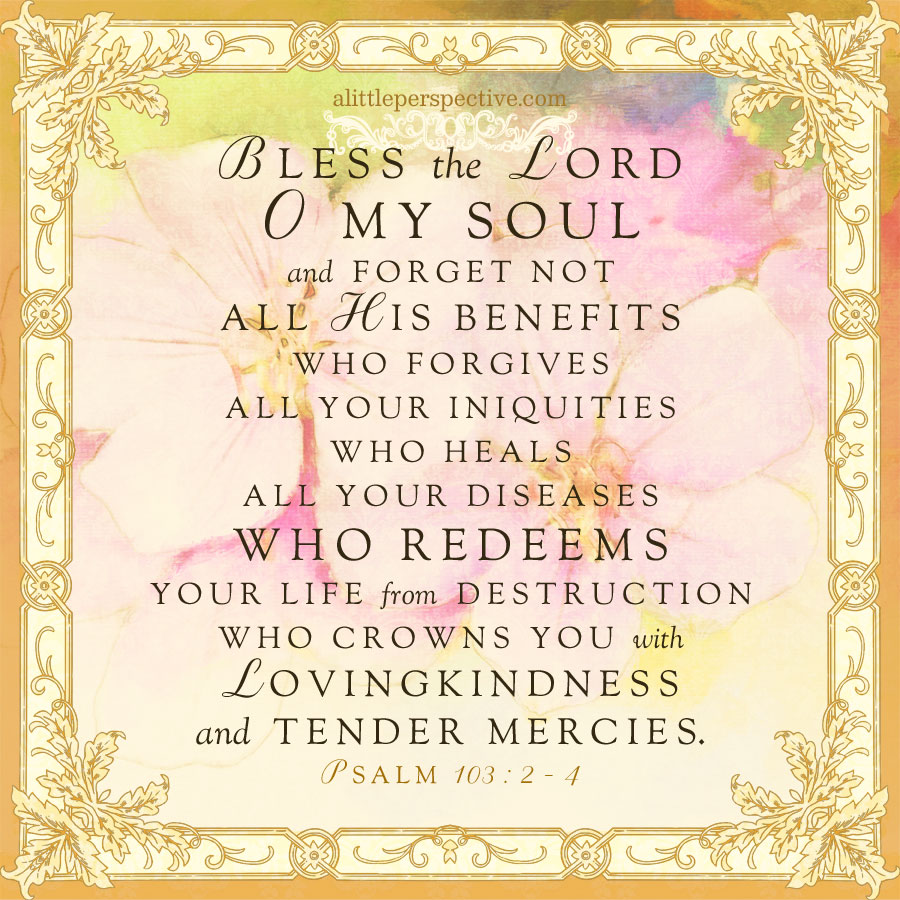 1b) Psa 103:6, The Lord executes righteousness And justice for all who are oppressed;

1e) Psa 103:8, The Lord is merciful and gracious, Slow to anger, and abounding in mercy;

1h) Psa 103:11, For as the heavens are high above the earth, So great is His mercy toward those who fear Him;

2e) Psa 103:17a, But the mercy of the Lord is from everlasting to everlasting On those who fear Him; {n}

2c) Psa 103:18, To such as keep His covenant, And to those who remember His commandments to do them;

2b) Psa 103:19, The Lord has established His throne in heaven, And His kingdom rules over all;

The never- ending compassion, the steadfast mercy of the Lord, and His forgiveness is the central portion of the structure. Wrapping that, are His ways which He made known to Moses. The matching pair reveals that His ways are expressed in His covenant and by His commandments. God did not just pull commandments out of thin air and give them to Moses. He encoded the way He Himself walks, and gave that knowledge to Moses as commandments, so that His children could walk in His mercy and righteousness after Him. When you love Him whose righteousness and whose commandments they are, keeping them is not a burden but a delight! ♥