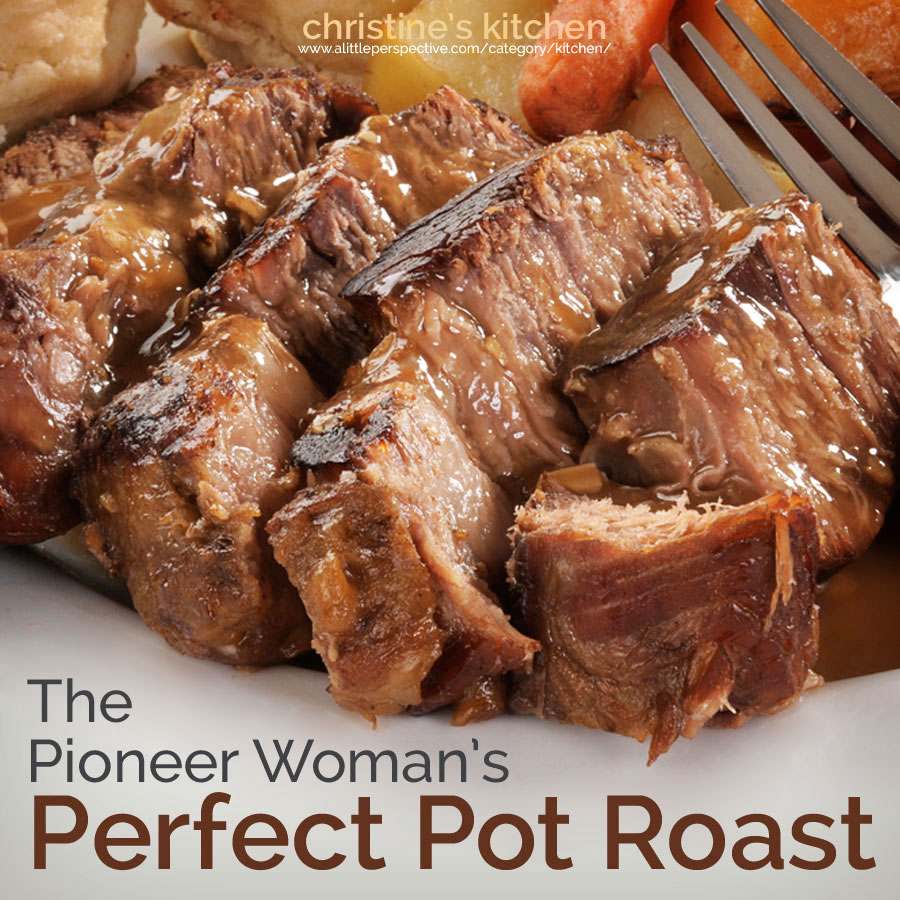 I have made pot roast before. Steph, for one, never liked it. And Dave told me it wasn’t his favorite dinner either, so I haven’t made it in a long time. But when I needed a fast and easy dinner that could be made the day ahead and just stuck in the oven so I wouldn’t be cooking on the Sabbath, I turned to the old pot roast stand by.

But I have since discovered the Pioneer Woman‘s wonderful cooking tutorials, and she happened to be on Good Morning America this past week, making – pot roast! So I watched, took notes, and followed her exact instructions for making the pot roast I made yesterday.

Let me just tell you, that woman knows what she is talking about. This was the first pot roast I have made in my life, which was absolutely falling apart tender and oh so flavorful. I did not use Lipton Onion Soup packets or cream of mushroom soup or anything else – just veggies, salt and pepper, and beef broth.

So follow her instructions for preparing your roast for the oven. I used a chuck roast also. Then I allowed 1 hour of cooking time for each pound of meat. But in my oven, 275 was not enough – I bumped it up to 300 and it turned out just right, at one hour of cooking per pound of meat. (Your oven might be different. Mine is wonky.)

After 4 hours, Dad was wanting to take it out of the oven and dig in, but I did the stick two forks in test to see if they met resistance or if the meat fell apart, and they met resistance. So I put it back in for another hour, much to Dad’s chagrin, disbelief, and offense, LOL.

After another hour, the two forks did not meet resistance and the roast was tender and falling apart. And the flavor! And the raves that came my way! They will come your way too. 🙂