You are here: Home / Perspective / history / patrick, enlightener of ireland 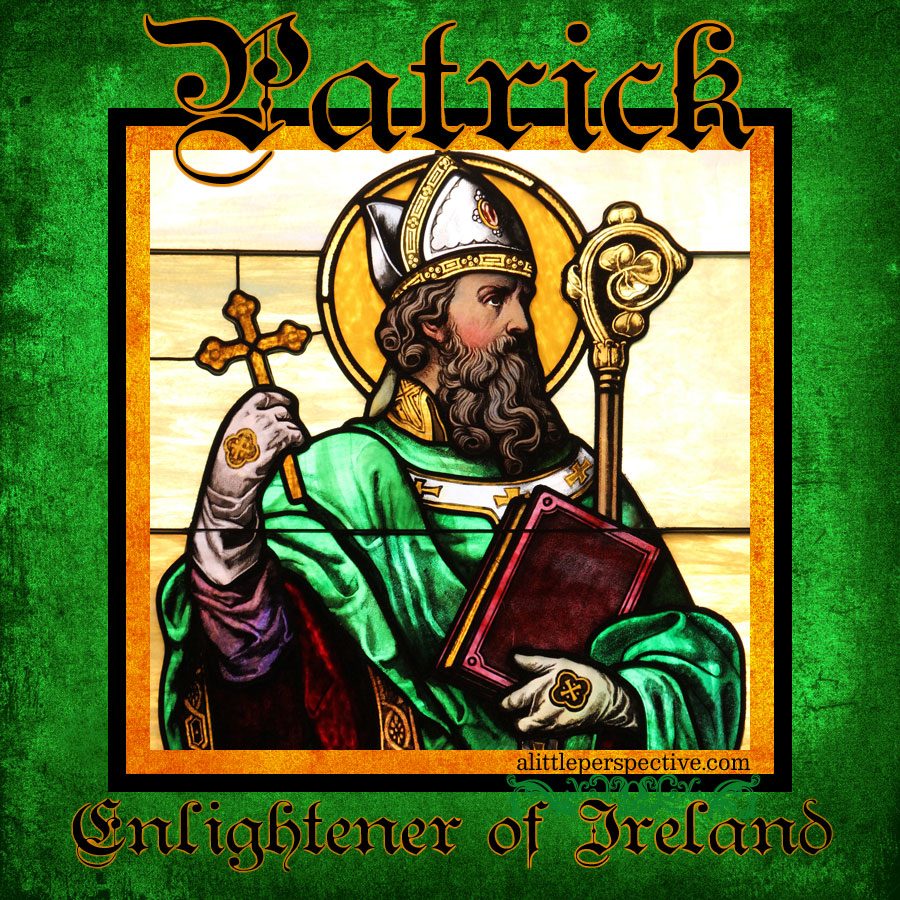 Is Patrick a Roman Catholic Saint? While the Roman Church claims him, and today is his day according to their calendar, there is ample evidence that he was in no way connected to the Roman Catholic Church, and instead established what became known as the Celtic Christian Church in Ireland long before Rome took notice of it. By Rome’s own record, the first Roman missionary to what is today known as the “United Kingdom” was Augustine, a Benedictine, sent by Gregory the Great in 596, while Patrick arrived in Ireland in about 432. In any case, the Christian church was already flourishing there by Augustine’s time, not only in Ireland, but missionaries had been sent from it to Scotland and elsewhere in Europe to evangelize the pagan Germans which had overrun the former Roman Empire.

Augustine’s job, concerning the Christian church he found already established there, was to subject it to the authority of the Pope:

“’Acknowledge the authority of the Bishop of Rome.’ These are the first words of the Papacy to the ancient Christians of Britain. They meekly replied: ‘The only submission we can render him is that which we owe to every Christian.’” – Merle D’ Aubigne, History of the Reformation, Book XVII, chap. 2.

– cited in Patrick and the Early Celtic Church by Brian Hoeck.

Read the above fascinating essay for a discussion of the differences of the Christian church founded by Patrick with the Roman church; but two interesting differences that I have to bring out, are:

1) Patrick and the early Celtic Christians were Sabbath keepers!

“The monks sent to England by Pope Gregory the Great soon came to see that the Celtic Church differed from theirs in many aspects … Augustine himself held several conferences with the Christian Celts in order to accomplish the difficult task of their subjugation to Roman authority. The Celts permitted their priests to marry, the Romans forbade it. The Celts used a different mode of baptism from that of the Romans. The Celts held their own councils and enacted their own laws, independent of Rome. The Celts used a Latin Bible unlike the Vulgate, and kept Saturday as a day of rest.” A. C. Flick, The Rise of the Medieval Church, p. 236-327.

“It seems to have been customary in the Celtic churches of early times, in Ireland as well as Scotland, to keep Saturday, the Jewish Sabbath, as a day of rest from labor. They obeyed the fourth commandment literally upon the seventh day of the week.” James C. Moffatt, D. D., The Church in Scotland, p. 140, Philadelphia: 1882.

“In this latter instance they seemed to have followed a custom of which we find traces in the early monastic church of Ireland by which they held Saturday to be the Sabbath on which they rested from all their labours.” W. T. Skene, Life of St. Columba, p. 96, 1874.

The Celtic church also kept to the tradition learned from Patrick, which was ultimately from the Apostle John and the Asia Minor churches, that the crucifixion of Jesus was always commemorated on the 14th, or full moon, of the 1st biblical month of the Jews, which is Passover. In fact, this difference, which resulted in a different date for celebrating the Resurrection, was the cause of much dissension between the Celtic and Roman churches, and when you read in history books about disputes over the date of Easter, this is what it is referring to.

Today we might think, “What a silly thing to have a dispute over!” But when it is understood that the question really was, in the minds of these Christians, whether they would keep the gospel as handed to them by the apostles, or submit to a man- made authority proclaiming a different gospel, seeking to change the times and the law, then we can understand why the question was so dear to them.

Let me just note that the Gospels confirm that Jesus was indeed crucified on Passover, and that a blood red moon in full eclipse rose over the site of Golgotha, bringing to a close the day that saw Jesus sacrificed as our Passover Lamb, thus confirming that He was indeed crucified on the 14th of the lunar month, on which the full moon always falls!