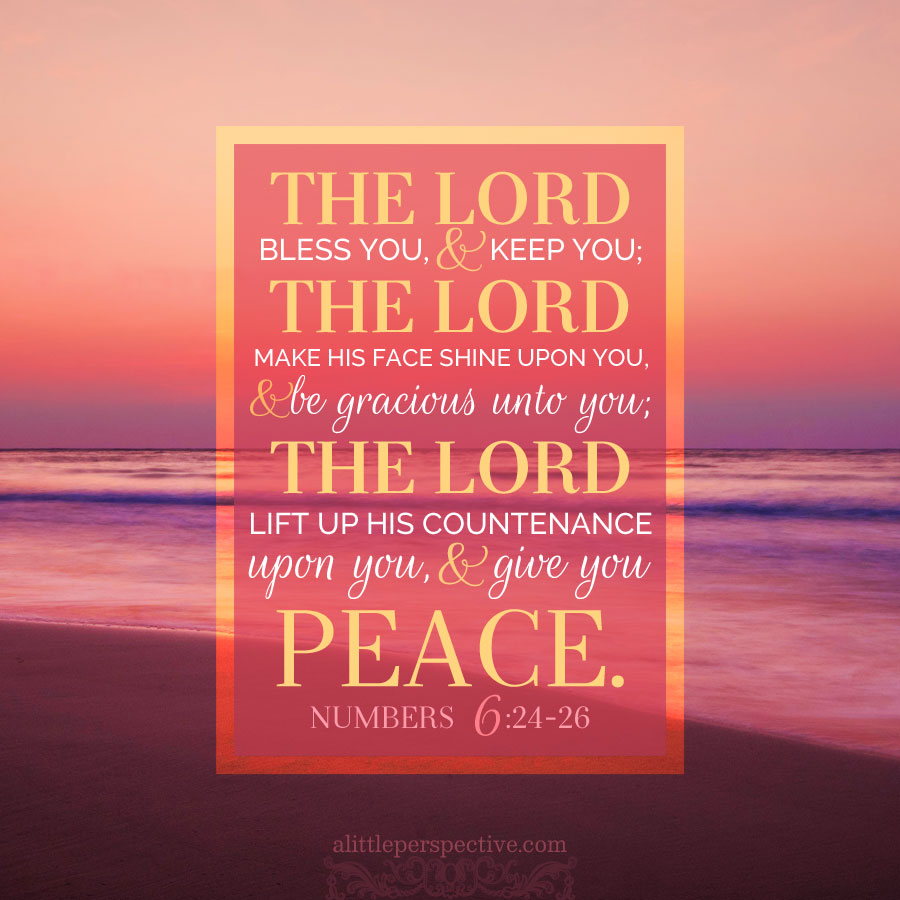 And let them be for lights in the firmament of the heaven to give light upon the earth: and it was so. Gen 1:15

In the Scripture Picture: The LORD make His face shine upon you …