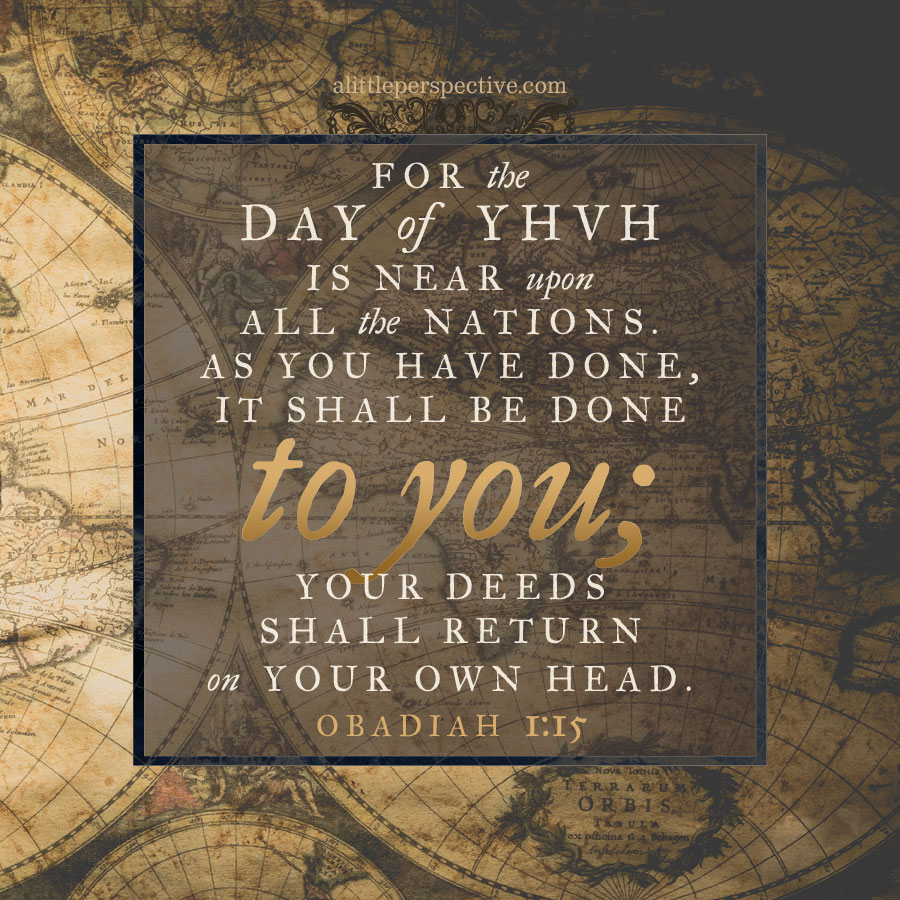 Oba 1:1-21 {p} The word of the Lord against Edom, and its coming complete destruction

The scholars are in debate over who Obadiah was and when he lived. The steward of the house of Ahab was named Obadiah, who hid 100 prophets of YHVH in two caves, when Jezebel was murdering all the prophets of YHVH in Israel (1 Kin 18:4). Some rabbinical sources assign this Obadiah as the author of the book of Obadiah.

The minor prophets were set by the Jews when they closed the Hebrew canon, in the order they lived and prophesied, so I believe Obadiah was the next to follow Amos.

Obadiah’s prophecy against Edom reproves Edom, who is Esau, from rejoicing in and taking advantage of Jacob’s calamity in the day of his calamity, and even, adding to his calamity by stopping those who are fleeing from it. Esau is the brother of Jacob, but acts as the enemy of Jacob, who profits from his calamity instead of relieving it as brothers ought to do, in this earliest prophecy of the destruction and captivity of Jerusalem and Judah, which was fulfilled at the hands of Nebuchadnezzar.

How interesting that all these territories are today possessed by enemies of Israel who rejoice in her calamity. There is some evidence that the modern Palestinians might be ethnic Edomites, as the Jordanians, who inhabit the former territory of Edom, and the Palestinians are ethnically the same people. At any rate, the word of the LORD which Obadiah brought forward describes the ultimate restoration of Israel to her land, reclaiming all the territory originally given to her by YHVH, which is today possessed by those who rejoice over her calamity. It is the word of the LORD which will prevail and come to pass!

For another piece of this puzzle, please see Brad Scott’s The Tares Among the Wheat, providing insight into the spiritual seed of Cain, Ishmael, and Esau, all types of antichrist or enemies of YHVH, of Messiah, and of Israel from the beginning.

For further reading:
Introduction to Obadiah and the identity of Edom
John Gill’s Exposition of the Entire Bible: Obadiah