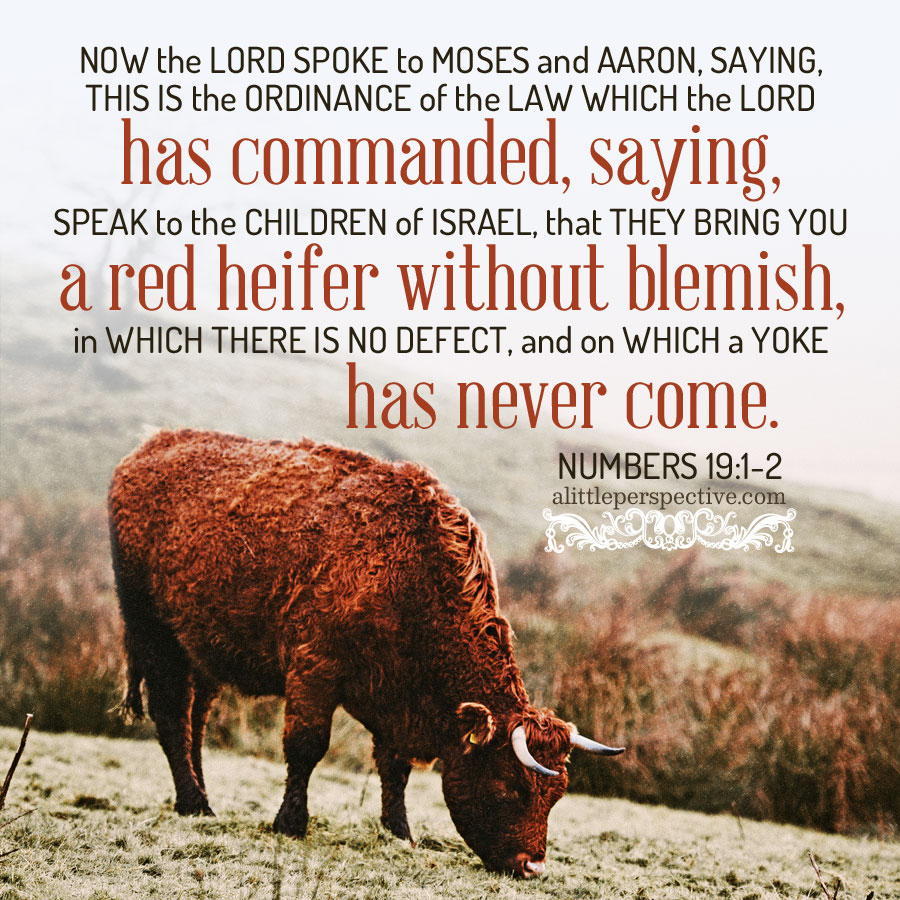 Last year I posted the paragraph divisions and some of the chiastic structures found in this section of Torah; however, I was unable to find a single chiastic structure encompassing the whole parashah, because the passage of the law of the red heifer, it seemed to me, would not pair with anything else. I speculated at the time that it might be a central axis.

This year I do believe it is in fact a central axis for a greater structure encompassing several chapters in Numbers, perhaps even the central axis of the entire book. This is what I have uncovered so far:

Of course the central axis, in fact the entire Num chapter 19, is packed with Messianic signs and themes, prophesying the gospel of grace from Torah!

There are a few loose ends within the structure. Num 15, especially the man who gathered sticks on the Sabbath, and the law of tzitzit are loose ends. I believe these are actually pairs with other elements in Torah, of an even greater structure encompassing several books of Torah, perhaps even the entire Torah itself! Be that as it may, isn’t it just like our great God of Love to immediately bring hope of the fulfillment of the promise, on the heels of the devastating news that it will be delayed for a little while yet? Israel IS going to enter the Land! And when you do, pay attention to the following details!

But with whole book chiastic structures, we have to look at the big picture. ♥