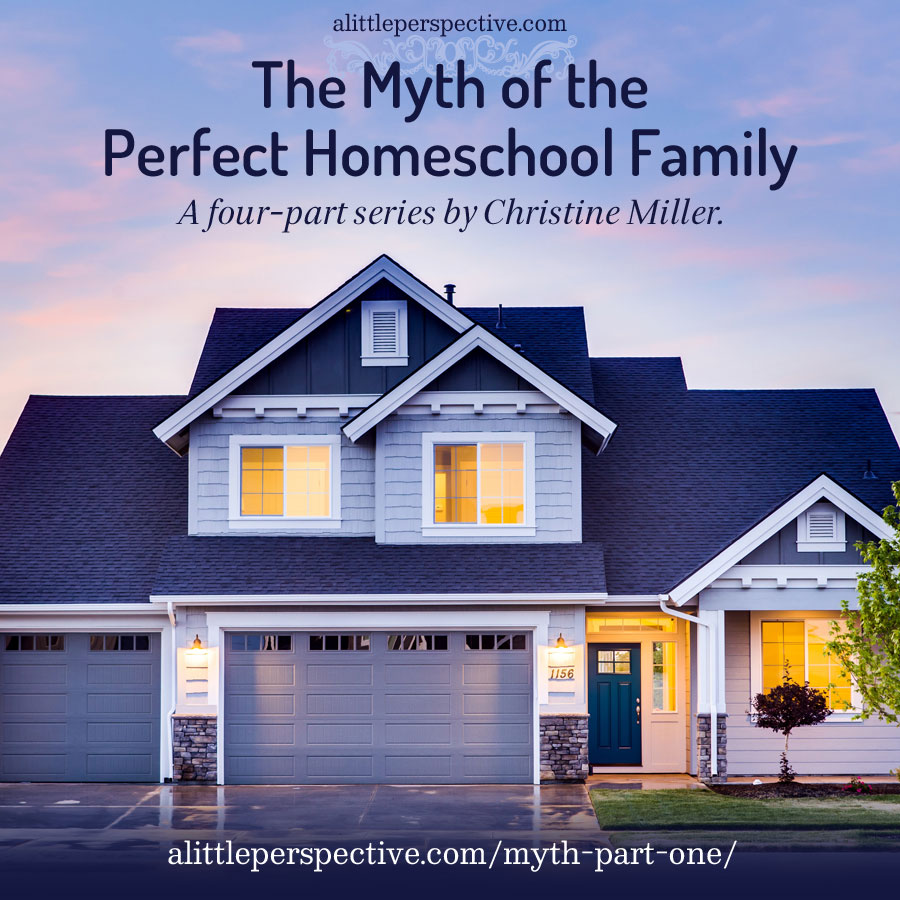 This series was initially written for The Homeschool Post at the request of one of their editors when they heard our story. The Homeschool Post has since gone by the wayside, but I saved our family’s testimony fortunately. I have made a few minor corrections. Part three below was originally published on September 13, 2012.

What happened next was truly amazing!

Our oldest daughter had become a mother herself and found her way back to God. Our middle son, after a year of living together, split up with his destructive girlfriend and perhaps was feeling God tugging his heart, but outwardly not a lot had changed. Our youngest daughter, in the meantime, seemed as if she had gone from bad to worse, and the more we prayed, the worse things got.

She lived with her Satanist boyfriend for a year, during which time he abused her. She called me one day to come and get her while he was gone from the house. I got there as fast as I could and called my husband to meet me there to help get her and her things. He was working and couldn’t just drop everything, but he came as soon as he could. In the meantime, my daughter and I were there alone, with some of the other Satanists around us, packing up her things as quickly as possible – only, we weren’t alone. I knew that God was with us in that place, and there were big angels with swords standing guard over us. Her boyfriend came back before we were done, but did not interfere with us. Then my husband came, and we got her out. Thank you, Jesus!

There was one thing that struck me while I was there. It was an obscene and vile house, as you might imagine. But on the door to my daughter’s room, in that house, was a Disney Tinkerbell poster. She might have been surrounded by filth, but it did not come near her. I saw that God had been so faithful to protect her and guard her and preserved her sweet heart at the core of her being.

She came home with us and repented and returned to God, which lasted a few weeks. Then she was back out again into the world and into drugs. Looking back on it, I think she was on cloud nine, with that clean and joyful feeling you have when you have returned to God and He has welcomed you home with open arms and washed you, every last nook and cranny. But we don’t stay clean. None of us do. We have to go before the Lord every day and confess our sin, repent, and forgive the sins of others. We are daily in need of our bath. And as she experienced the reality of the need for the bath, the enemy was able to convince her, again and again, that she was a lost cause.

For the duration of her time away from home, since her first initial break with the Satanist, her pattern became: repent, return, serve God with joy for a time, then back out into the world. Again and again. In the meantime, she continued to go from bad to worse. By this time, four years had passed, and our youngest was 20 years old. The Lord told me, “She has one foot in the world and one foot in My kingdom … she needs a whole and circumcised heart toward Me.” I added Scriptures on double mindedness and the circumcised heart to my prayer box. 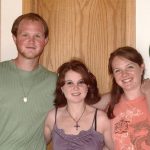 Taken after she broke free from the Satanist and was home for a short time. Notice the cross necklace … I could always tell when she went back to the world because not only would she not stay at home, but the cross necklace would go away. 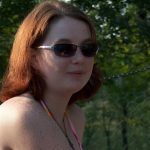 Am I the only one who can see a drastic difference in her countenance? There was a full-out battle going on in her heart and mind, for whom she would serve. 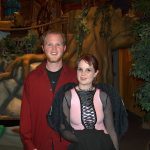 With her brother at our church’s fall fest that year. Solidly back in the world and using… My son had broken up with his girlfriend by this time. 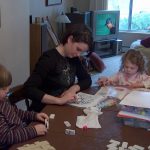 Resurrection Sunday {6 months later}. She went to church with us that morning, so I was hopeful, but her true restoration was still some months off…

One of my good friends, who was praying with me for my daughter, said to me one day while I was visiting her, “You know, even the most devout Christians don’t keep the Ten Commandments.” And I replied, “What do you mean? I keep the Ten Commandments.” She said, “I can prove to you that you don’t. When was the last time you rested on the Sabbath day?” Which took me aback. “Well,” I said, “since Sunday is church day, we don’t do a lot on that day. But our rest today is a figurative rest in Jesus, not a literal one.” And she said, “You’re wrong …,” and I argued with her for a bit, completely in a shocked state, because I had never considered such a thing. But what was even stranger, was the whole time I was arguing with her, the Spirit was telling me inside my heart, “If you love Me, keep My commandments.”

I went home shaken and looked up the verse I kept hearing over and over again in my heart. It is John 14:15. I couldn’t stop thinking about it, so I reread every verse I could find on the Sabbath and realized the biblical Sabbath day was Saturday, not Sunday. I had a million questions, but I could not shake the tugging I was feeling. So one Friday afternoon, I cleared up my work and told my husband I wanted to do an experiment — would he mind if I took a day of rest beginning at sundown? He had no objection, so I went to my room as the sun was beginning to set. I felt completely foolish as I prayed, “Lord, I have no idea what I am doing, but Your Word says, Honor the Sabbath day to keep it holy, and so here I am to honor You.”

Even before I finished speaking these words, I felt an indescribable presence of God; peace in the Holy Spirit; and most of all, joy; unspeakable and full of glory; powerfully flood the room and especially cover me where I sat. I have never experienced anything like it before or since. I began to worship God, and before I knew it, two hours had passed, even though it seemed as if it were only two minutes. I slept like a baby that night, spent Saturday resting, and went to church in the evening as was our habit. As I was coming out of the service with my husband, our oldest daughter, and grandson, the sun was setting. I thanked God in my heart for the most beautiful day of rest I had ever experienced.

I puzzled over this all the next week. What did it mean, that God met me in such a way, that He seemed so completely tickled pink with my Sabbath day (Saturday – normally my cleaning and laundry day) rest? I thought, perhaps it was a fluke. So the next Friday, I cleared up my work, had no objection from my husband, and repeated my experiment. To my surprise, I had the same result. (I did not have the same result the third week. In the Scripture, it says, Let every fact be established on the testimony of two witnesses, and I had my two witnesses, which were my two weeks.) I began studying the Scriptures in earnest on this topic. In due course, I read:

Which was followed by a long list of blessings, then:

“But it shall come to pass, if you do not obey the voice of the Lord your God, to observe carefully all His commandments and His statutes which I command you today, that all these curses will come upon you and overtake you:” Deu 28:15

Which was followed by an even longer list of curses; and then the shocker:

“Your sons and your daughters shall be given to another people, and your eyes shall look and fail with longing for them all day long; and there shall be no strength in your hand.” Deu 28:32

This hit me like a ton of bricks. Now, I had read this many times before in my life. But if this did not perfectly describe us with our children at that present time, nothing did. Our son was not living as a part of our people, our daughter was not living as a part of our people, she was given to the world’s people, and believe me, my eyes failed with longing for her all day long, but there was no strength in my hand to do anything about it. For four years I had prayed, I had interceded, I had battled for her in spiritual warfare for hours and hours daily. I spoke the Word of God over her which cannot return void. I bound the enemy. When the enemy came against me with despair, I cranked up the worship and danced in praise before God (something I learned to do during those years to reclaim my joy). I did every last thing I had ever learned in forty years of church to do, including raising our children in church and homeschooling  … but I had never learned in church to obey God’s Ten Commandments … all Ten. The next day, I read something which shocked me to the core of my being:

Something so amazing happened next that if I had not experienced it, I would never have believed it possible!

Note from hsbapost.com: Join us next week for more of this story … a story that a LOT of homeschool mamas need to hear. Honestly, I needed to hear it. I was so very thankful that Christine shared it with me and I asked her personally to please consider sharing it with all of you. It is such a blessing to have the shoulders of giants to stand on – women who have “walked this way before” and have come out on the other side with good fruit to show for it. I thank you for this awesome legacy of faith and perseverance, Christine!

Title picture from the original series published at The Homeschool Post. 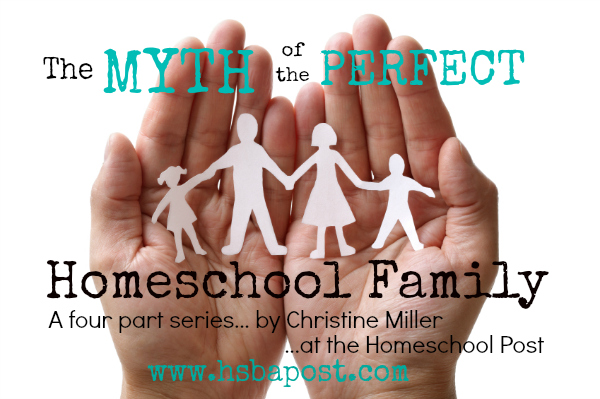 This bio appeared with the original series at hsbapost.com in 2012. 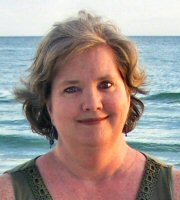 Christine was raised in the Lutheran church and was born again and baptized in the Holy Spirit at the height of the Jesus Movement in the 70s. She and her husband David have been married 30 years, and have three children, whom she homeschooled, and four grandchildren. Soon after she began homeschooling, Christine discovered classical education. She is the author of Classical Christian Homeschooling. Her search for an interesting and accurate history curriculum led her to H.A. Guerber’s 19th century narrative histories. In order to reprint these books for homeschoolers today, and to offer other original homeschooling resources, she began Nothing New Press.

David and Christine recently left Colorado where they raised their children and relocated to Florida to be with David’s family. Shortly after this move, Christine was hit in a terrible traffic accident and suffered a debilitating injury. Her recovery has taken time and effort, but she has progressed enough so that she is once again writing. Today she blogs daily at Christine’s Bible Study.