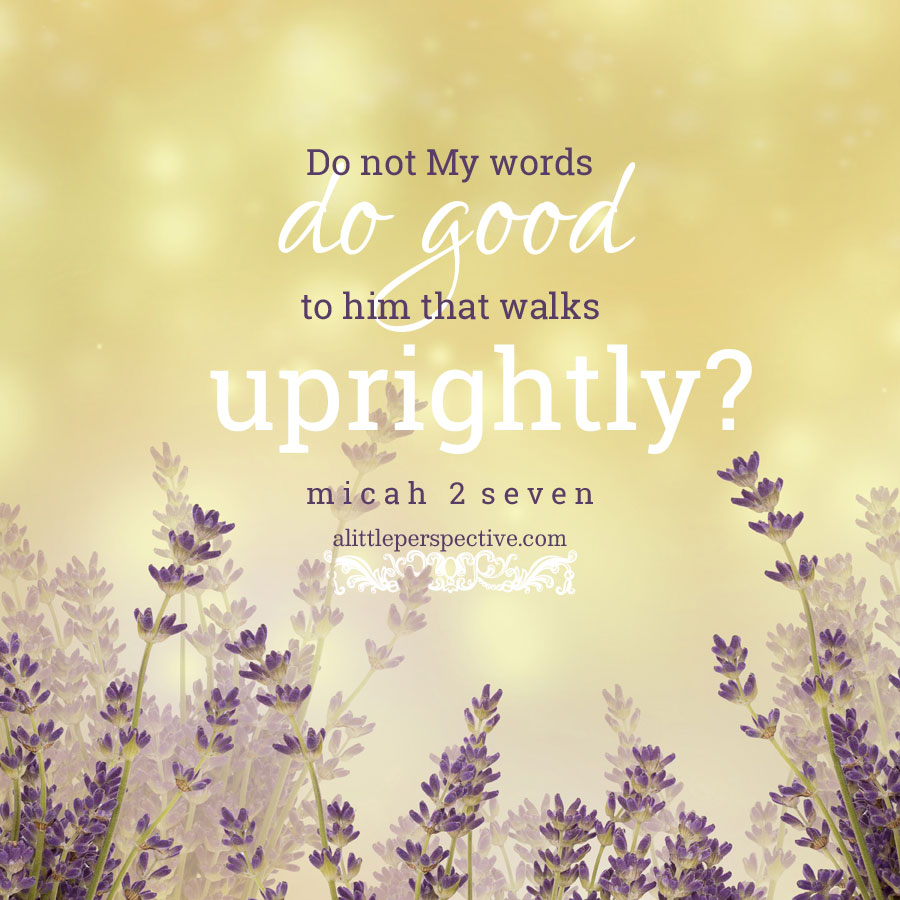 Read Micah 1 and 2 at Bible Gateway.

Mic 1:1-16 {s} YHVH is coming out of His place: the prophecy against Samaria + Jerusalem
Mic 2:1-2 {p} Woe to those who devise iniquity, who covet + take by violence to oppress a man + his house
Mic 2:3-13 {p} Against this family I am devising disaster, who have rejected My words + My Spirit, but I will restore them

In chapter 1, the place names are all cities allotted to Judah and in the lowlands of Judah, in which there is a play on their name as part of the prophecy:

Gath: “winepress,” one of the 5 royal cities of the Philistines (allotted to Judah);
Beth Aphrah: “house of dust,” a town of Judah;
Shaphir: “beautiful,” a town in Judah;
Zaanan: “a place of flocks” a town in Judah (a play on the verb, to go forth);
Beth Ezel: “house of fixed seat, or firm root;”
Maroth: “bitterness,” a town of Judah, the lowland (Philistine plain);
Lachish: “invincible,” a strongly fortified city south of Jerusalem, formerly a royal city of the Canaanities, a town of Judah on the border with Simeon;
Moresheth Gath: “possession of Gath,” a town nearby Gath, the birthplace of the prophet Micah;
Achzib: “deceitful,” a town in the lowland of west Judah;
Mareshah: “crest of a hill,” a town in the lowland of Judah;
Adullam: “justice of the people,” a town of the Canaanites allotted to Judah in her lowlands.

introduction) Mic 1:1, The word of the LORD that came to Micah of Moresheth;

1a) Mic 1:2-4, The LORD God is a witness against the peoples of the earth: He is coming down out of His place + will tread on the high places of the earth; the mountains will melt + valleys split before Him;

1b) Mic 1:5, This is for the transgression of Jacob + Israel: that is, Samaria + Jerusalem;

1c) Mic 1:6-16 {s} Prophecy against Samaria + Jerusalem/ glory of Israel shall come + your children shall go into captivity;

1) Mic 1:6-9a, The prophecy against Samaria, for her wounds are incurable;
2) Mic 1:9b-14, The prophecy against Jerusalem + Judah, for disaster came down from the LORD to her gates;
3) Mic 1:15-16 {s} The glory of Israel shall come to the justice of the people/ your children shall go into captivity;

1d) Mic 2:1-2 {p} Woe to those who devise iniquity/ they covet fields and take them by violence;

2d) Mic 2:3-5, Thus says YHVH: against this family I am devising disaster/ he will lament that his fields are divided;

1) Mic 2:3, Thus says YHVH: Against this family I am devising disaster;
2) Mic 2:4-5, One will bitterly lament: he has changed the heritage of my people/he has divided our fields;

1a) Mic 2:6, “Do not prattle,” you say to those who prophesy, so they shall not/ they shall not return insult for insult;
1b) Mic 2:7, You who are named the house of Jacob: Is the Spirit of YHVH restricted?;
central axis) Mic 2:8-9a, You have taken the robe + garment; cast women out of their houses + taken away My glory from the children;
2b) Mic 2:10, Arise + depart, for this is not your rest/ because it is defiled, it shall destroy with utter destruction;
2a) Mic 2:11, If a man should walk in a false spirit + speak a lie, even he would be the prattler of this people;

2b) Mic 2:12-13a, The restoration of all of Jacob, the remnant of Israel like the sheep of the fold;

You who are named the house of Jacob: “Is the Spirit of the Lord restricted? Are these His doings? Do not My words do good to him who walks uprightly?” Mic 2:7