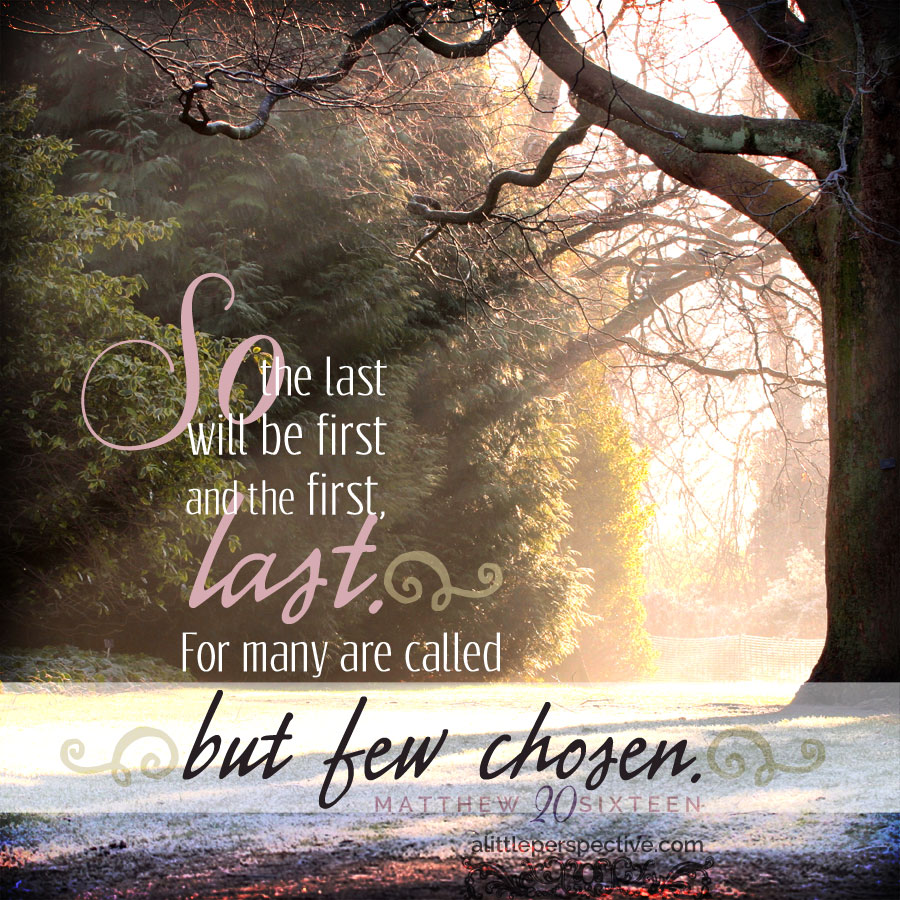 conclusion) Mat 20:16, So the last will be first, and the first last. For many are called, but few chosen.

conclusion) Mat 20:24-28, Those great in the kingdom will be the servants of all, just as the Son of Man did not come to be served, but to serve + give His life a ransom for many.

At first I couldn’t see how the parable of the workers in the vineyard would pair with the mother of James and John asking for thrones for her sons. But here is the common theme between the two:

The mother’s request for her sons, was for greater authority or recognition than the other disciples. She had essentially the same expectation, or was hoping for the same outcome, that the first laborers in the vineyard had. But no, those who wished to be great, must instead serve. Jesus told His disciples, Whoever desires to be first among you, let him be the last (the slave, vs. 27).

I sometimes wonder if the one who desires greatness, recognition, and advancement, who covets or craves to be above others, can truly serve as slaves of all. First, it seems to me, God works with that person to excise that desire from them, so that they can be truly like Jesus, who is gentle and lowly in heart, not coveting recognition and proclamation and the praise of men.

And I realized that the principle of the first last, and the last first, is why the Jews are the last to receive the gospel of Yeshua Messiah – because they were the first people of God, the first to recognize Him as Creator and take Him to be their God.