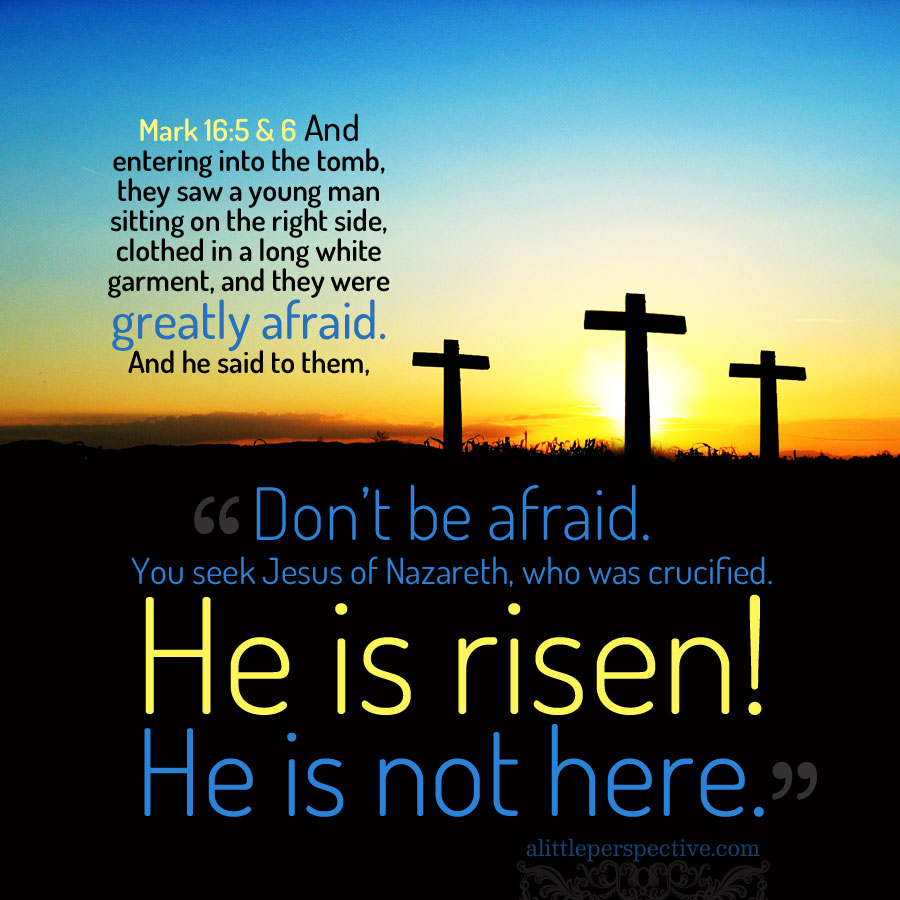 Mar 16:1-8, The women received the news that Jesus is risen, at the tomb early in the morning
Mar 16:9-14, He appeared to some after His resurrection, but His disciples did not believe them/ lastly He appeared to them
Mar 16:15-18, The Great Commission
Mar 16:19-20, His ascension into heaven/ the disciples begin to fulfill the Commission

central axis) Mar 16;1a, When the Sabbath was past;

Yesterday we asked, why would Peter’s denial be the central axis for the chiastic structure of the crucifixion of Jesus? The other gospel writers who record this incident, add that Peter, when he realized what he had done, and his boasting beforehand, went out and wept bitterly. His failure galled him to the core of his being. But in Mar 16, when the angel is announcing the resurrection of Jesus to the women:

But he said to them, “Do not be alarmed. You seek Jesus of Nazareth, who was crucified. He is risen! He is not here. See the place where they laid Him. But go, tell His disciples — and Peter — that he is going before you into Galilee; there you will see Him, as He said to you.” Mar 16:6-7

I thought it very interesting that the angel said to the women, “Go, tell His disciples — and Peter — that He is going before you into Galilee.” He mentioned Peter by name. Why? Because he had denied the Lord three times, when He was being tried, and when he realized it, he went out and wept bitterly (Luk 22:62).

I believe, in his own mind, and of course the enemy lying to him also to reinforce it, that he had taken himself out of the group of disciples as not worthy of being a disciple. In his own mind he was not fit to follow Jesus, and I am sure he believed he had been rejected by God also from being a disciple.

So the angel was given a specific message to convey. “Tell His disciples — and Peter;” so that Peter would know as far as God was concerned, he was still to be included in the group. Peter experienced first hand what all of us have experienced. None of us are worthy to follow Jesus based on our own merit, and all of us have done something that gets us kicked out of God’s club. That is why Jesus died and rose again! Our sins have been forgiven us! We are not in God’s club because of our worthiness, but because of His excellent and perfect worthiness! ♥