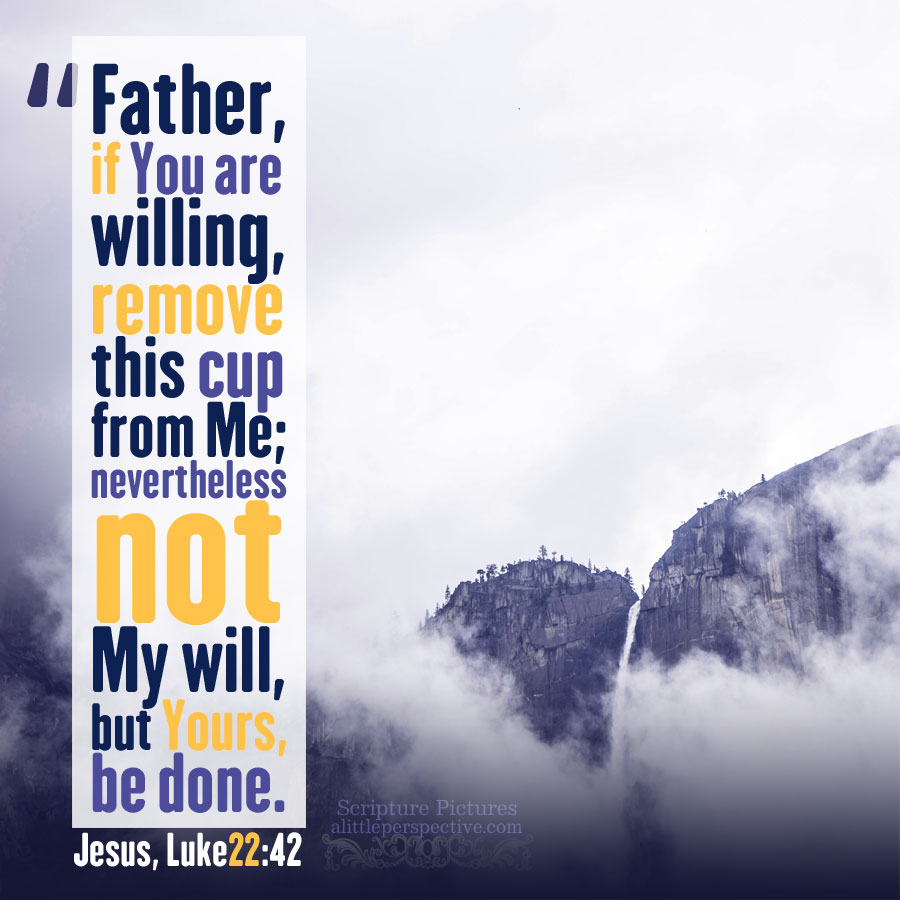 1a) Luk 22:31-34, Jesus foretold that Peter will deny him three times before the morning;

1b) Luk 22:35-38, Jesus counseled to bring money bag and swords, for He will be numbered among the transgressors;

When Jesus prophesied that Peter would deny Him three times, He said something interesting:

And the Lord said, “Simon, Simon! Indeed, Satan has asked for you, that he may sift you as wheat. But I have prayed for you, that your faith should not fail; and when you have returned to Me, strengthen your brethren.” Luk 22:31-32

Then later when Peter realized he had fulfilled Jesus’ prophecy and denied Him three times, it says that he went out, and wept bitterly (Luk 22:62).

When faced with the bitter taste of our own failure in our mouths, this is where our faith is tempted to fail. Satan is called the accuser of the brethren, and when we fail, he ramps those accusations up. Usually they are accompanied by some version of God is through with you, or How can you face Him again, or I might as well give up as living for God is beyond me. The accusations and the temptation he places in front of us to abandon God because of it, sounds so true and right, because after all, we failed.

But Jesus prayed for Peter, that his faith would fail not. When we are faced with our own shortcomings, failures, and sin, it is our faith in ourselves that is shaken to the core. But, Jesus prayed, Let Peter’s faith in You, God, fail not. Let His belief in You, God, remain steadfast. We are imperfect earthen vessels, believing in and serving a perfect God who never fails us, even when we fail Him. Who, when we return to Him, receives us again without recrimination. He is the God who is seeking love, and who is seeking unity with and not separation from us. He covers our transgressions without repeating the matter again (Pro 17:9).