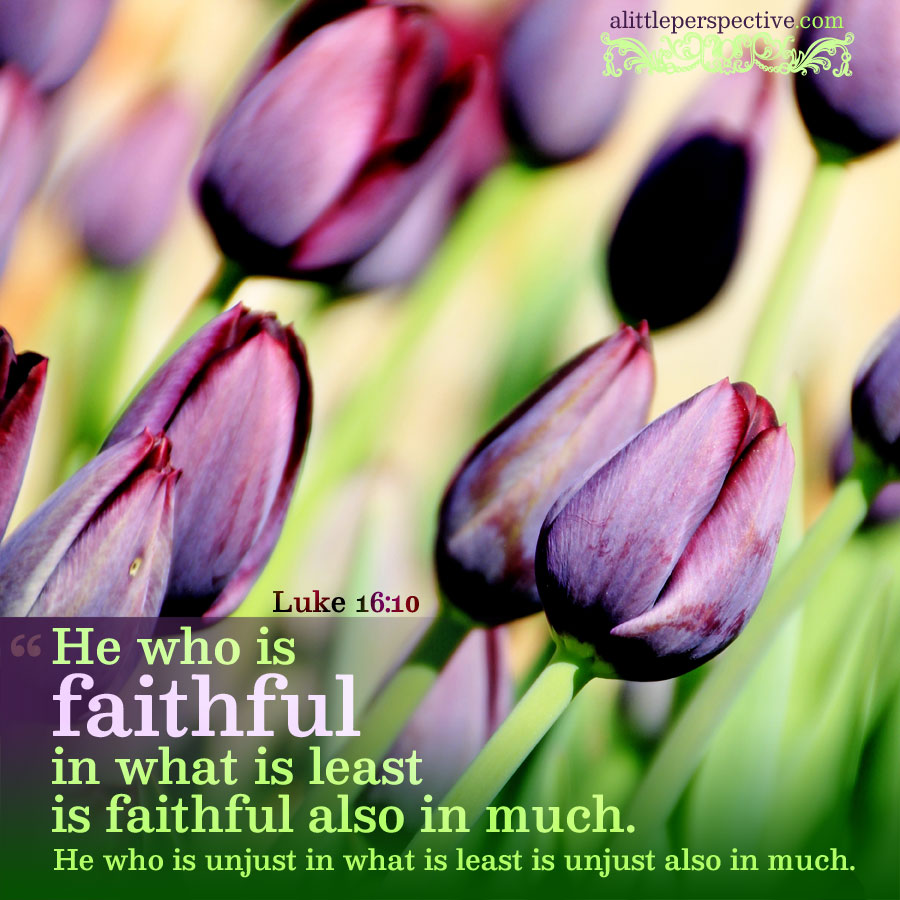 central axis) Luk 16:16b, Since that time the kingdom of God has been preached, and everyone is pressing into it;

2c) Luk 16:17, It is easier for heaven and earth to pass away than for one tittle of the law to fail;

2b) Luk 16:18, Faithfulness in marriage (divorce, adultery esteemed by men but an abomination to God);

A pair: The unjust steward was not faithful in what he was entrusted by God, and so the rich man. For our wealth is not really ours, but all things belong to God, and we are merely stewards of what He has provided. This was the mistake in understanding that the rich man made, for he treated his wealth as if it was his own personal property, with no obligations or responsibilities attached with it. So the rich man was an unfaithful steward, for he did not bless the poor as we have been commanded to do. The unjust steward and the rich man were both cast out.

B pair: The B pair is forced together by the surrounding elements, which definitely pair. We learned in another gospel that the Pharisees taught that a man can divorce his wife for any reason (Mat 19:3-9, which parallels this section). By this, Jesus is teaching us that faithfulness toward our wives is part and parcel with faithful stewardship of our money. Neither our money nor our wives are truly our property, but both belong to God and He has provided them to us, not just to misuse to gratify our flesh, but to manage wisely and so return fruit to God. (This was a radical teaching in the first century!)

Up to the time of Yochanan the Immerser there were the Torah and the Prophets giving their prophetic and predictive witness to the coming of the Kingdom of God. The verse does not mean that the authority of the Torah and the Prophets came to an end when Yochanan appeared (an error even the notable Hebrew Christian thinker David Baron made). But since then, in addition to their witness (v. 31, Yn. 5:46, Ro 3:21), the Good News of the Kingdom of God, which is now “near,” has been proclaimed directly, first by Yochanan (Mt 3:1-2) and now by Yeshua (Mt 4:17, Mk 1:15), with the result that everyone is pushing to get in.

In other words, the things the Torah and the Prophets teach us about faithful stewardship through tithes, faithful succor of the poor, fidelity in marriage (Do not commit adultery), and above all, love of God first before love of anything else, applies as long as heaven and earth exist.