You are here: Home / Bible Study / bible for beginners / Leviticus 5 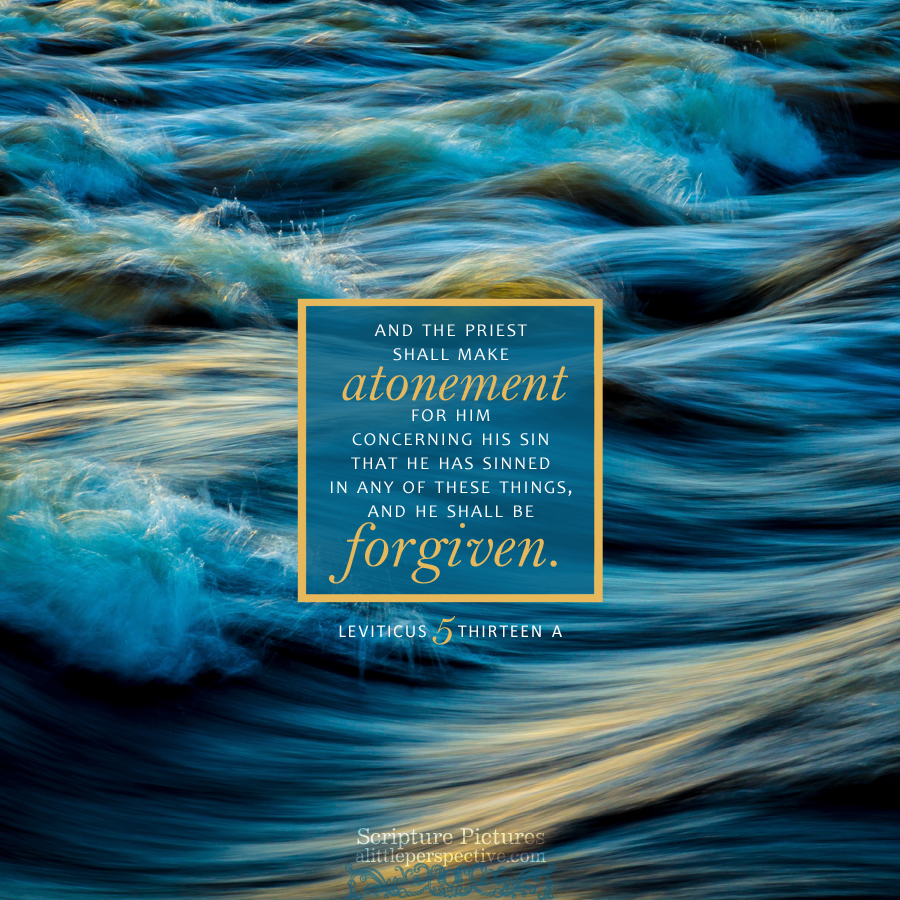 And it shall be, when he is guilty in any of these matters, that he shall confess that he has sinned in that thing; and he shall bring his trespass offering to YHVH for his sin which he has committed, a female from the flock, a lamb or a kid of the goats as a sin offering. Lev 5:5a

And you He made alive, who were dead in trespasses and sins … Eph 2:1

A trespass is a specific type of sin, when any injury or offense is done to another.

The Hebrew root word parable for trespass is Strong’s H817 אשם asham, a concrete noun meaning, “that by which anyone contracts guilt; an offense;” also, the sacrifice for such, “trespass offering,” also translated “guilt offering;” from Strong’s H816 אשם asham, a primitive root meaning, “to be guilty.” The 3-letter root is aleph + shin + mem.

When the wind blows (shin, in the sense of breath that comes through the teeth, so also, wind, or spirit) over a land, it draws the moisture (mem) out of it, leaving behind a desolate ruin; thus powerful (aleph) desolation (shin + mem). That desolation is the fruit wrought in our hearts and lives by guilt.

Leviticus 5 and 6, Asham: The trespass offering
Leviticus 1 through 5, The parables of the offerings
Yeshua has freed me from sin and guilt