You are here: Home / Bible Study / bible for beginners / Leviticus 2 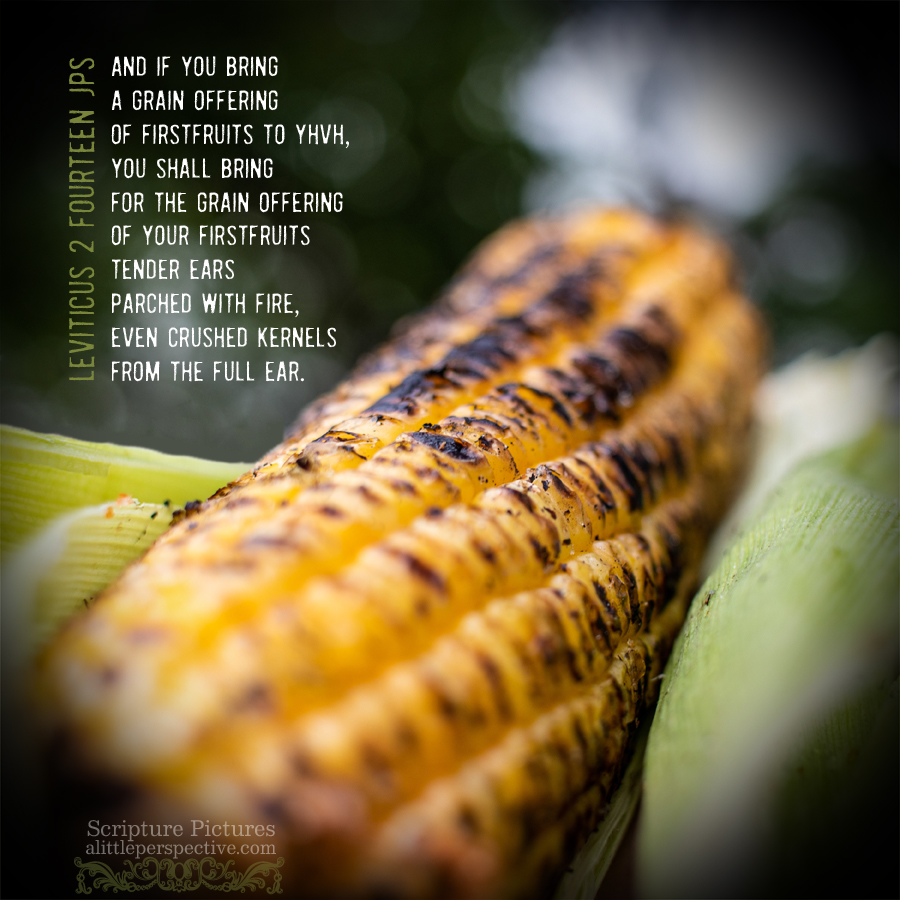 And when any will offer a grain offering unto YHVH, his offering shall be of  fine flour; and he shall pour oil upon it, and put frankincense upon it. Lev 2:1

“Grain offering” is in Hebrew, מנחה minchah, Strong’s H4503, and is the next type of qorban we encounter. It means, “gift;” from an unnamed, unused root meaning, “to apportion, to bestow.” The Ancient Hebrew Lexicon lists the pictographs as nun + chet + hey.

The parable is of the seed (nun) planted outside (chet) which provides the grain used to sustain the man’s livestock and household. A blessed grain harvest inspired a sense of wonder, even astonishment, and appreciation (hey) for it as a gift. The grain offering is a gift returned to the original gift-Giver of the grain.

Often in the Hebrew Old Testament, minchah is translated simply as “present” or “gift.”

And their father Israel said unto them, “If it must be so now, do this; take of the best fruits in the land in your vessels, and carry down the man a present, a little balm, and a little honey, spices, and myrrh, nuts, and almonds.” Gen 43:11

Do you ever bring home a gift for your spouse, not for an obligatory reason such as a birthday or anniversary, but just because, to express your love for them? That is the idea of the minchah.

The minchah, the grain offering, was not offered to atone for sin, but they were voluntary offerings brought by a man already in right relationship with God, who desired to draw near and express his worship to God.

That Messiah was prophesied to fulfill the law of the minchah, we can see in Psa 40:6.

Sacrifice [zebach, a blood sacrifice] and offering [minchah, a bloodless sacrifice] You did not desire, but a body You have prepared; in burnt offering and sin offering, You have not required.

Psalm 40 is a psalm of David, in which he prophesied by the inspiration of the Holy Spirit, that it was not the sacrifices themselves, as an end, that God took pleasure in, but rather they spoke of Messiah coming in the flesh to fulfill the law of the sacrifices.

Therefore be imitators of God as dear children. And walk in love, as Messiah also has loved us and given Himself for us, an offering and a sacrifice to God for a sweet-smelling aroma. Eph 5:1-2