You are here: Home / Family / relationship not religion / learning to listen 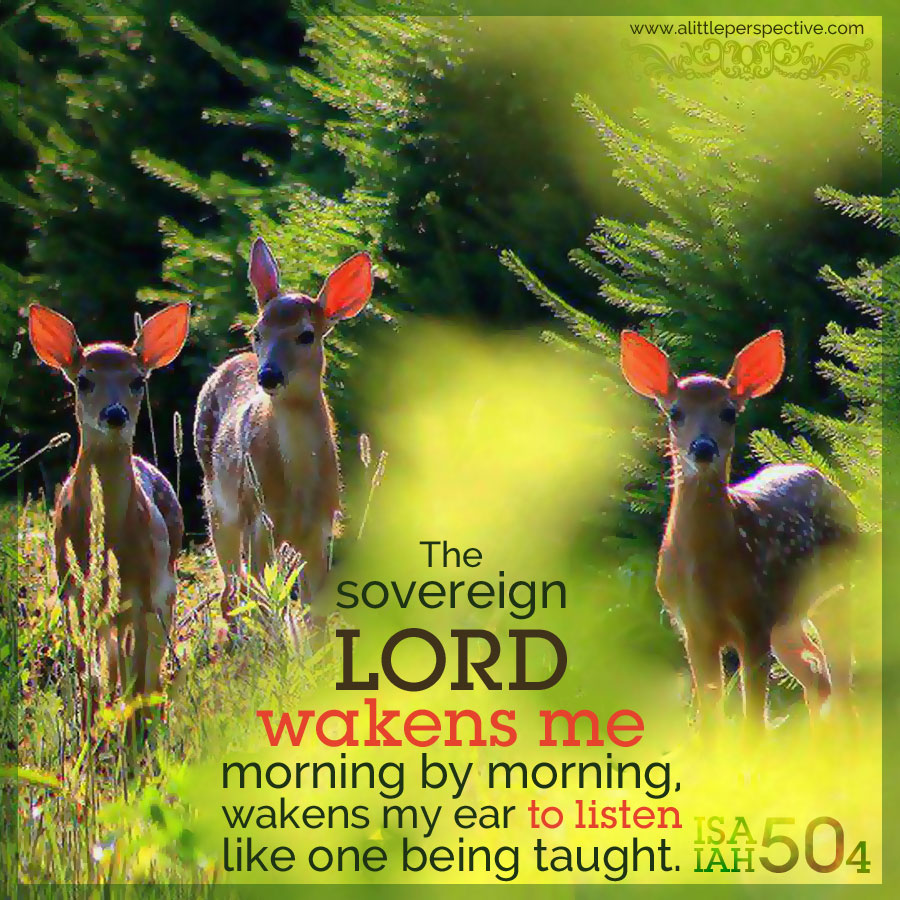 God will speak
The importance of the plumb line

But I did start to experience something I am sure all of us experience, and that is, being faced with something in my daily life, and a Bible verse that I had read in the past suddenly came to mind which gave me guidance for that situation. That is the Holy Spirit speaking and teaching, which Yeshua foretold:

“But the Helper, the Holy Spirit, whom the Father will send in My name, He will teach you all things, and bring to your remembrance all things that I said to you.” Joh 14:26

When that happens, heed that word! To those who listen when the Holy Spirit begins to speak, God will speak even more.

When I was in high school, and beginning to read through the Bible annually, one night this passage stood out to me:

The LORD God has given me the tongue of the learned, that I should know how to speak a word in season to him who is weary. He awakens me morning by morning; He awakens my ear to hear as the learned. Isa 50:4

I wanted my ear awakened to hear Him! So I began to pray, “Father, Your word says You have given me the tongue of the learned, that I should know how to speak a word in season. Your word says that You will awaken me morning by morning, to awaken my ear to hear as the learned. I believe You are telling the truth. I am here before Your feet to listen to You speak.”

I waited in silence, listening. And nothing happened. I prayed this prayer without ceasing for about two months, and every night, nothing happened. I heard nothing. But then one night, I did hear something … a sentence. I was not keeping a prayer journal in those days, and I can’t remember now what the sentence was. But I wondered, could this be the Lord’s voice? It was a still, small voice, easily lost in noise if I did not draw aside in silence to listen.

I continued to pray, and continued to listen, and over time the sentences continued to come. Then the enemy began to plague me with doubts, saying, How can you know God’s voice? You aren’t hearing God, you are hearing your own imagination, and other such things. I learned to gauge what I was hearing with the plumb line of God’s written word, and in this way I began to recognize His voice when He did speak, just like you recognize a loved one’s voice that you hear often.

This process of learning to listen until I was steady and sure in hearing a personal word took over ten years in my case, stumbling as I did on one lesson after the next without cognizance. But I don’t think it needs to take years for everyone. Start practicing, and praying the Scripture, and asking God to fine tune your ears and your heart, and most importantly, pay heed to what He says when He does begin to speak, and you will soon have ears that hear!

Have I ever heard an audible voice, as Samuel did, or Elijah did, or Martin Luther did on the Lateran steps in Rome? No … nor do I need to. I don’t think hearing an audible voice is common. When I was older and my children grown, I took up journaling, which racheted listening to the next level.

Journaling with God: tuning in our ears to hear
Christine’s prayer journal snips