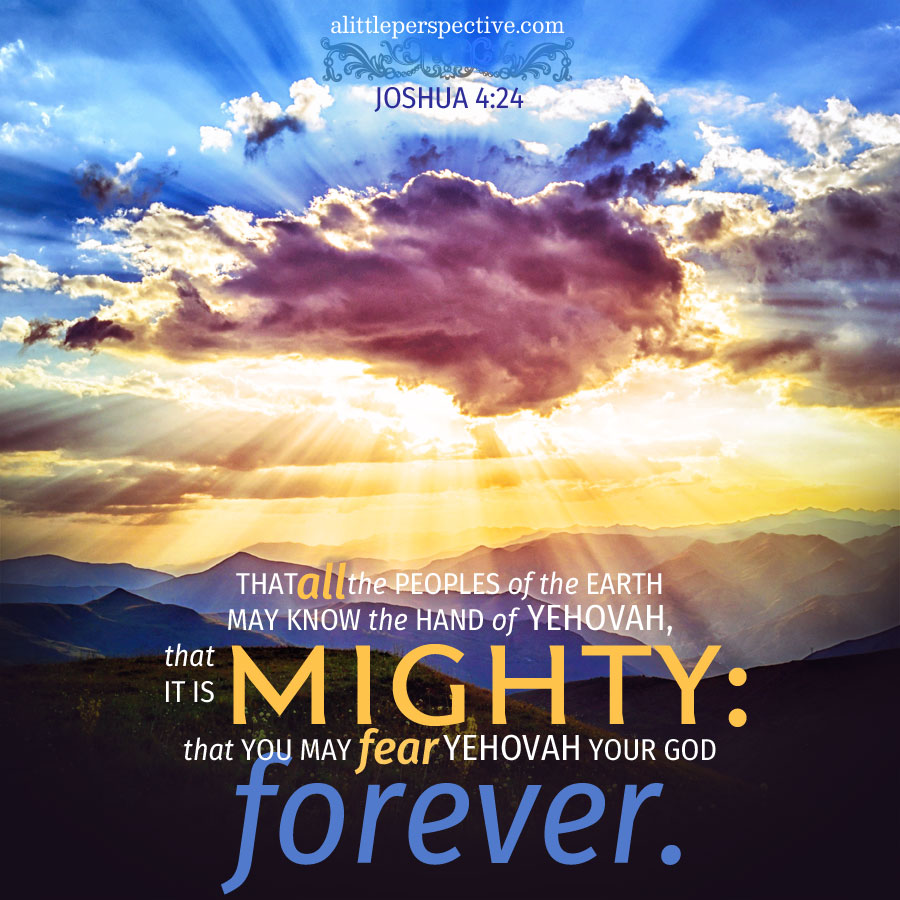 Read Joshua 3 and 4 at Bible Gateway.

In Jos 4:1, the paragraph division comes in the middle of the verse (when Joshua wrote this book by the direction of the Holy Spirit, the chapter and verse numbers were not a part of it. Those were added later by non- Hebrews who may not have been aware of them).

4:1a, And it came to pass, when all the people had completely crossed over the Jordan, {p}
4:1b, that the Lord spoke to Joshua, saying:

The strong themes from the beginning of Joshua:

Jos 1:1-18 {px3} Joshua + Reuben/ Gad/ half Manasseh: be strong + courageous to cross the Jordan and possess the Land
Jos 2:1-3:4 {s+p} Jericho spied out in preparation to cross the Jordan
Jos 3:5-8 {s+p} The ark to cross before the people, so that the people may know that YHVH is with Joshua
Jos 3:9-4:1a {p} The waters cut off, the people cross on dry ground
Jos 4:1b-14 {s+s+p} Israel crossed on dry ground before Joshua just as they had for Moses
Jos 4:15-24 {p} Twelve stones a memorial to teach future generations

1a) Jos 4:4-7, Twelve memorial stones a sign for the children in time to come;

central axis) Jos 4:14 {p} “On that day the Lord exalted Joshua in the sight of all Israel; and they feared him, as they had feared Moses, all the days of his life;”

Have you noticed that when the Lord does something remarkable, that He commands His people to set up a memorial for future generations? This is how the faith and culture is transferred from the generation of the parents to the generation of the children. There are memorial times, such as the feasts of the Lord, which are celebrated year after year, teaching the plan of salvation in Messiah Yeshua through the history of Israel. And there are memorial places, such as the twelve stones in the midst of the Jordan at Gilgal. Everywhere the children look, there are reminders that their history happened, that God exercised His mighty arm and showed Himself great, that He faithfully kept His promise, that He did not leave His people like sheep without a shepherd, but He raised up leaders who were honored in the eyes of the people — not because of their own greatness, but because the Lord was with them.

Notice that the fathers wait until the children ask, Why do we do this? What do these stones mean? before they explain the meaning to them (there is a valid teaching principle in this, but that is for another day) but that does not stop the parents from setting aside the memorial days, and honoring the memorial places. That is what we must do, year after year, so that the children will ask why they are significant. Why memorials? We call them to mind when the enemy tries to tell us that this time we are on our own, this time God has abandoned us, this time he will prevail over us. We remind ourselves that our God is the same yesterday, today, and forever, so we can face the day, trusting in obedience. ♥