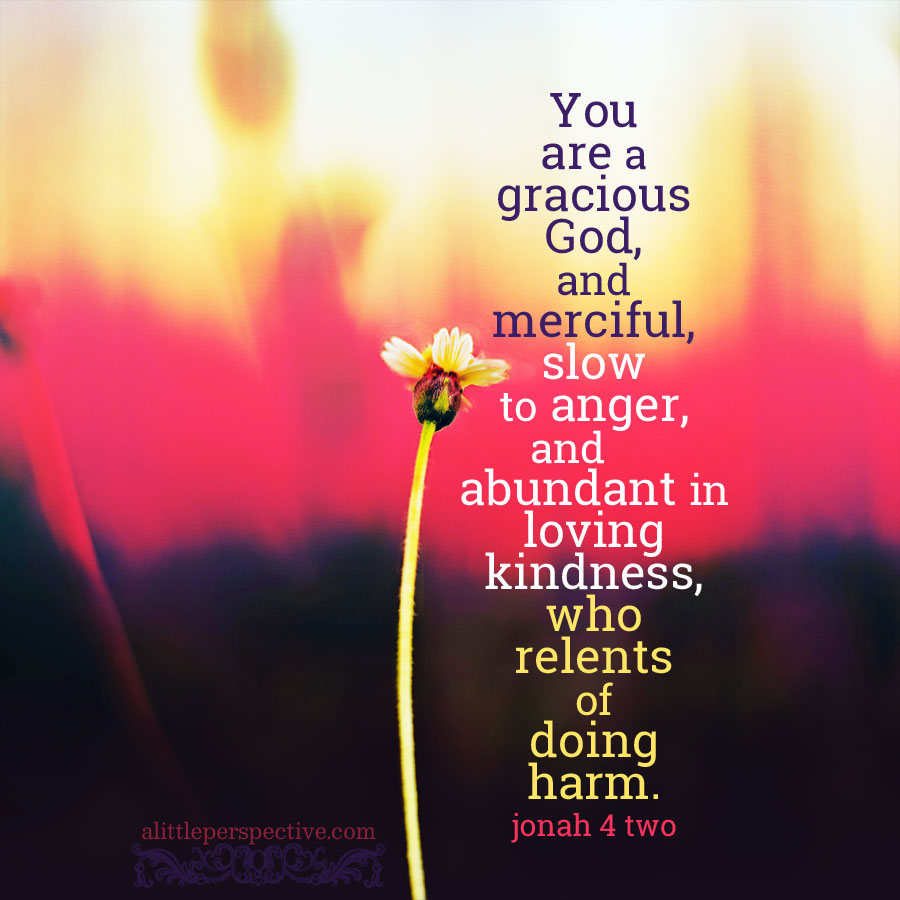 Read Jonah 3 and 4 at Bible Gateway.

Jonah had been saved from certain death by a great miracle, and when the LORD again commanded him to go to Nineveh, he no longer dared to disobey. Now Nineveh is situated inland, and the closest seacoasts are many days’ journey from the great city. It is probable that the story of a man, who was vomited up from the depths of the sea — for such an event was not an ordinary occurrence — and who was on his way to the city, preceded Jonah’s arrival.

Thus when Jonah came at last to the capital city of the Assyrians, hair, skin, and clothes bleached white from the acids in the whale’s belly, and no doubt quite disheveled from his ordeal and journey, he most likely found the Ninevites in a state of curiosity and anticipation to hear all that he had to say. But when he began by telling them that he had been sent by God, the great Creator of heaven and earth, dread immediately fell upon every inhabitant.

This is because one of the principal gods of the pagan nations which surrounded Israel was Dagon (the primary god of the Philistines and others) – depicted as a half man, half fish. This god was said to have taught the first people all the wisdom and arts of the gods, as was necessary for life.

Of course, the man who had taught the wisdom of God, and the arts and sciences from the world that perished, was Noah, who had come through the Flood, or sea. But the pagan nations who were dispersed at Babel had forgotten their true history. Thus their ancestor Noah came to be depicted as a man with a fishes’ tail, and worshiped as a god by all those nations who had forgotten the LORD.

The Ninevites also worshiped this half man, half fish god. Thus when a man suddenly appeared in their midst, who had been vomited up by the sea; moreover, bleached white with an otherworldly appearance, bearing a message, as he said, from God, the wicked Ninevites gave ear to his every word.

The prophet’s message was simple: in forty days’ time, Nineveh would be overthrown because of her great wickedness. The cruel king of Assyria left his throne, and divested himself of his magnificent robes, and covered himself with sackcloth, and sat in ashes. All the people, from the smallest to the greatest, mourned and fasted for their sins, at the decree of the king.

Because the Ninevites turned from their evil way, God delayed the destruction that He had ordained for Nineveh, and He did it not. Jonah was so bitterly disappointed that he no longer wanted to live. But the LORD soon taught him that repentance and return, and the saving of life, was far better than wickedness and destruction.

The repentance of the city endured for that generation (Mat 12:41), probably beginning in the reign of the great- great- grandson of Asshurnazirpal, another Shalmaneser, to that of Asshurnirari, his youngest brother (781 to 747 BC). During this juncture the Assyrian kings suddenly left off the career of cruel conquest upon which they had been engaged for more than one hundred years. The kings instead stayed “in the land” according to their inscriptions. It is not mere coincidence that this drastic change in the character of the Assyrian kings took place during the lifetime of Jonah.

For further reading:
the spirit of jonah