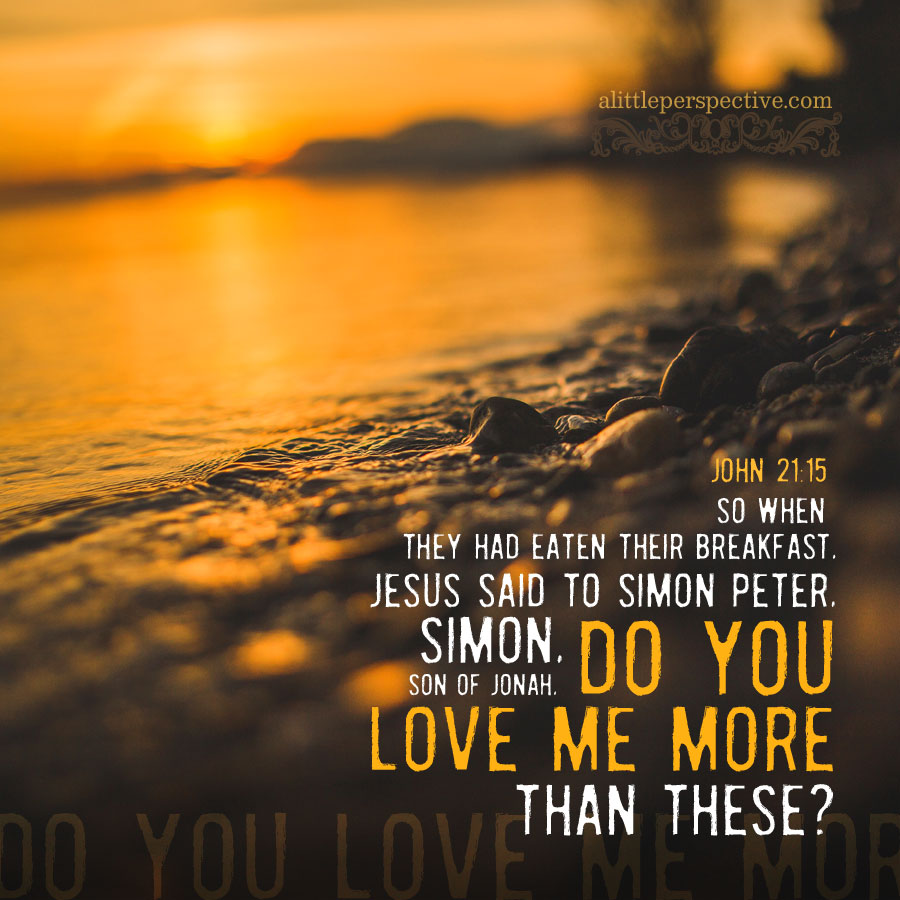 1a) Joh 20:30, Jesus did many other signs in the presence of His disciples, which are not written in this book;

1b) Joh 20:31, But these are written that you may believe that Jesus is the Christ, the Son of God + believing you may have life in His name;

1c) Joh 21:1-14, The third time that Jesus showed Himself to His disciples since His resurrection;

1a) Joh 21:1, After these things Jesus showed Himself again to the disciples at the Sea of Tiberias;
1b) Joh 21:2-3, Peter + disciples return to fishing + labored all night and caught nothing;
1c) Joh 21:4, But when the morning had now come, Jesus stood on the shore; yet the disciples did not know that it was Jesus;
1d) Joh 21:5, Jesus said to them, “Children, have you any food?” They answered Him, “No;”
1e) Joh 21:6, Jesus: Cast the net + you will find some/ they were not able to draw it in because of the multitude of fish;
central axis) John 21:7-9, Therefore that disciple whom Jesus loved said to Peter, “It is the Lord!” Now when Simon Peter heard that it was the Lord, he put on his outer garment (for he had removed it), and plunged into the sea. But the other disciples came in the little boat (for they were not far from land, but about two hundred cubits), dragging the net with fish. Then, as soon as they had come to land, they saw a fire of coals there, and fish laid on it, and bread;
2e) Joh 21:10-11, Jesus: Bring the fish you have caught/ Peter dragged the net full of large fish + the net not broken;
2d) Joh 21:12a, Jesus said to them, “Come and eat breakfast;”
2c) Joh 21:12b, Yet none of the disciples dared ask Him, “Who are You?”—knowing that it was the Lord;
2b) Joh 21:13, Jesus came + took the bread and gave it to them, and likewise the fish;
2a) Joh 21:14, This is now the third time Jesus showed Himself to His disciples after He was raised from the dead;

2b) Joh 21:24, This is the disciple who testifies of + writes these things/ his testimony is true;

2a) Joh 21:25, There are many other things that Jesus did/ if they were written the world could not contain the books. Amen.

This is what so encouraged me this morning. Jesus had told Peter before His trial and crucifixion, that Satan had demanded to sift him like wheat (Luk 22:31-34). But Peter failed Jesus, and denied Him three times. When he realized what he had done, he went out and wept bitterly. All of us can relate! But when the angel announced to the women that Jesus was risen from the dead, he told them to go tell the disciples – and Peter – that He would meet them in Galilee (Mar 16:6-7). Which brings us to today’s meeting between the disciples and Jesus at the Sea of Galilee.

Because Peter had been sifted like wheat, and did not pass the test, he removed himself from the disciples. The test might not even have been, Will you not deny Jesus when the whole world has turned against Him?

The test might have been, When the arm of flesh fails you, will you still believe what God has told you?

The real sifting did not begin until after the denial.

Now God did not remove Peter from the disciples: the angel was sent to tell Jesus’ disciples – and Peter – to meet Him in Galilee. But he removed himself. Even so, the anointing for leadership did not leave him. The disciples all hung around until Peter said, “I am going fishing.” And they all joined him. He returned to his old life before he ever met Jesus and before Jesus ever called him to follow Him. That is how far he removed himself from the disciples.

Our God-given destiny, our job description in the kingdom, comes out of our identity (when Peter told Jesus who He was, Jesus then told Peter who he was, Mat 16:13-19). Our identity does not hinge on our perfect works, but in our belief in God’s words. It has ever been since the beginning, that works flow out of belief of the truth of God’s words, or unbelief of that truth. Eve did not take the forbidden fruit, until she disbelieved the word God had spoken.