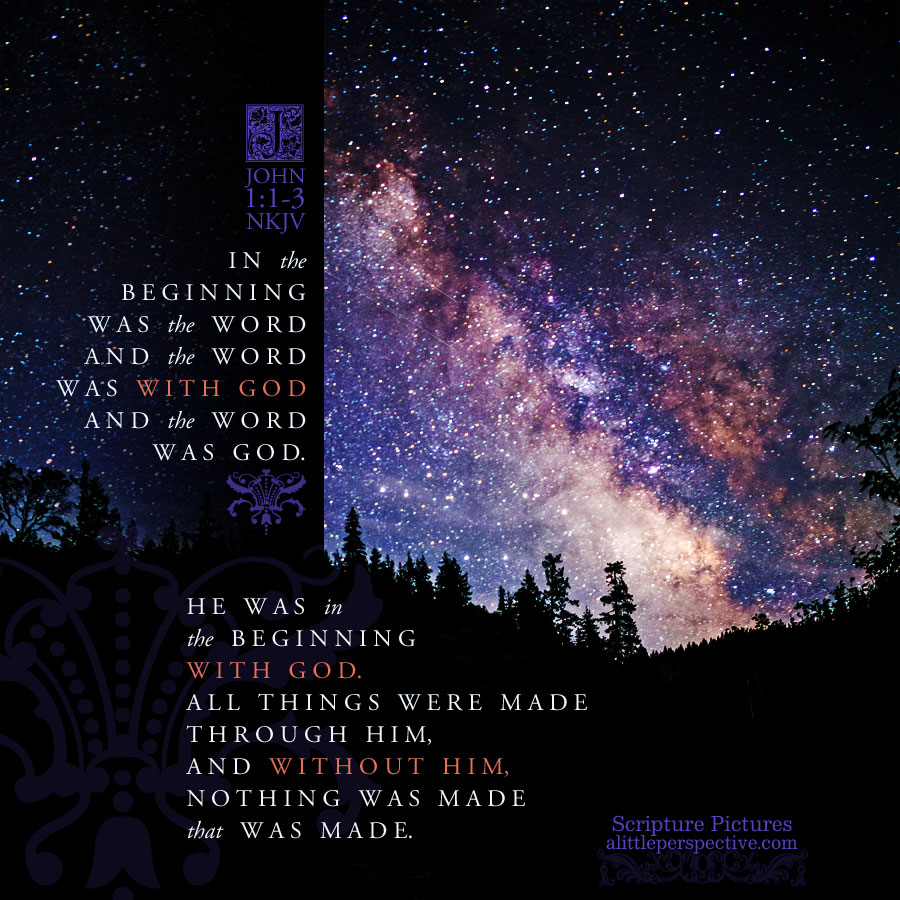 1b.1) Joh 1:3, All things were made through Him, and without Him nothing was made that was made;

2b.2) Joh 1:9, That was the true Light (which gives light to every man) coming into the world;

The 2A structure reveals that no one has seen God at any time; in fact, in Exo 33:20, God declares that no man may see His face and live. But the One who has seen His face, who knows Him, being in the bosom of the Father, yes, who is with God and is God (for the Hebraic way of thinking says both/ and: He is with God AND is God; unlike the Greek way of thinking, which must make it either/ or), He became flesh and dwelt among us, in order to declare Him to us. For we have not seen God, but we have beheld the Son, who came in the glory of the only Begotten of the Father. The Son is full of grace and truth, which we beheld, which He taught, and which we received.

Now in your English Bible, verse 17 might be translated, as it is in my Bible:

For the law was given through Moses, but grace and truth came through Jesus Christ.

Notice that the “but” is in italics? That means the word is not present in the Greek, but was inserted by the translators for clarity. John is saying, thinking Hebraicly:

Here is what I think John is saying. As we have seen with the other Gospel writers, the chief priests and Pharisees were opposed to Jesus and His teaching. We just read in Luke, that they were the ones who sought to put Jesus to death, bringing Him before Pilate, and when Pilate three times pronounced His innocence, they insisted on His crucifixion until he relented. They were also the ones who had sat themselves in Moses’ seat, making themselves the experts on Torah  – what it meant and how it was to be applied. Jesus rebuked them for creating burdens hard to bear, and laying them on men’s shoulders, burdens they themselves refused to lift. He rebuked them for standing in the doorway of the kingdom of heaven, not going in themselves, and refusing entrance to others who would go in.

So Moses did indeed give us the written Law, and its grace and truth, from the bosom of the Father, came through Jesus Christ. He declared it and explained its light and easy yoke. For He is it, John says. He is the Word, of which Torah is the foundational part, full of grace and truth.