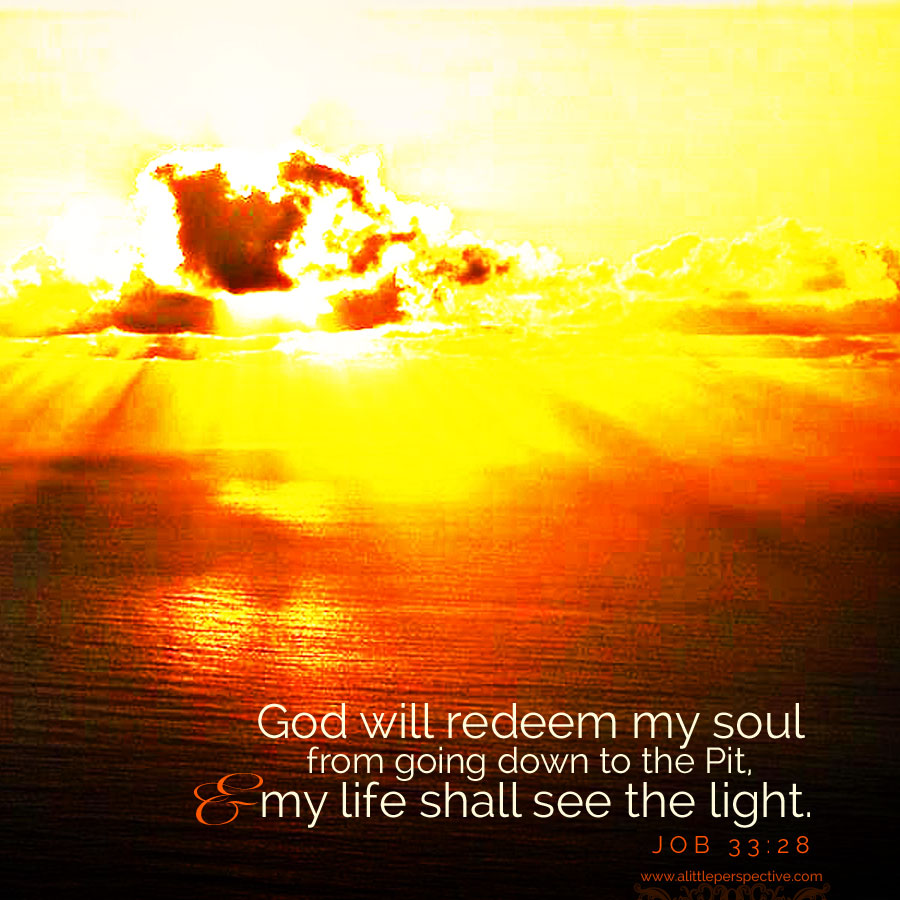 The Hebrew paragraph divisions for each man’s speech are like the divisions in the Psalms that we studied in 2014. There is an understood {s} division at the end of each numbered line, with an {n} marking where a new line begins within a numbered line, except when otherwise noted:

Elihu’s speech appears to be divided into two parts: an introduction, to explain why he is speaking, followed by his argument.

The introduction forms a mini structure:

1a) Job 32:1-14, Elihu enters the discussion because they have lacked wisdom;

But look at this section of Elihu’s speech in chapter 33:

33:6 Truly I am as your spokesman before God; I also have been formed out of clay.

33:22 Yes, his soul draws near the Pit, And his life to the executioners.
33:23 “If there is a messenger for him, A mediator, one among a thousand, To vouch for a man’s uprightness,
33:24 Then He is gracious to him, and says, ‘Deliver him from going down to the Pit; I have found a ransom’;
33:25 His flesh shall be young like a child’s, He shall return to the days of his youth.
33:26a He shall pray to God, and He will delight in him, He shall see His face with joy, {n}
33:26b For He restores to man his righteousness.
33:27 Then he looks at men and says, ‘I have sinned, and perverted what was right, And it did not profit me.’
33:28 He will redeem his soul from going down to the Pit, And his life shall see the light.

Elihu is speaking unintentionally perhaps, a prophecy of Messiah, for he recognizes Job’s need for an intermediary who is as Job is, formed out of clay (vs. 6) — who is Messiah Yeshua, who also has come in the flesh. And then when our lives were drawing near to the Pit, Messiah Yeshua was our Mediator, who vouched for our righteousness before God, so that God instead extends grace to us (vs. 24) because He has found a ransom for us. God restores man’s right standing (vs. 26b) that has been vouched to Him by the Mediator (vs. 23). Elihu did not realize it, but the righteousness that our Mediator vouches for us, is His own righteousness which has been imputed to us! ♥ I am seeing lots of chiastic structures so far in Elihu’s speech, which tells me he is indeed speaking by the Spirit of God.