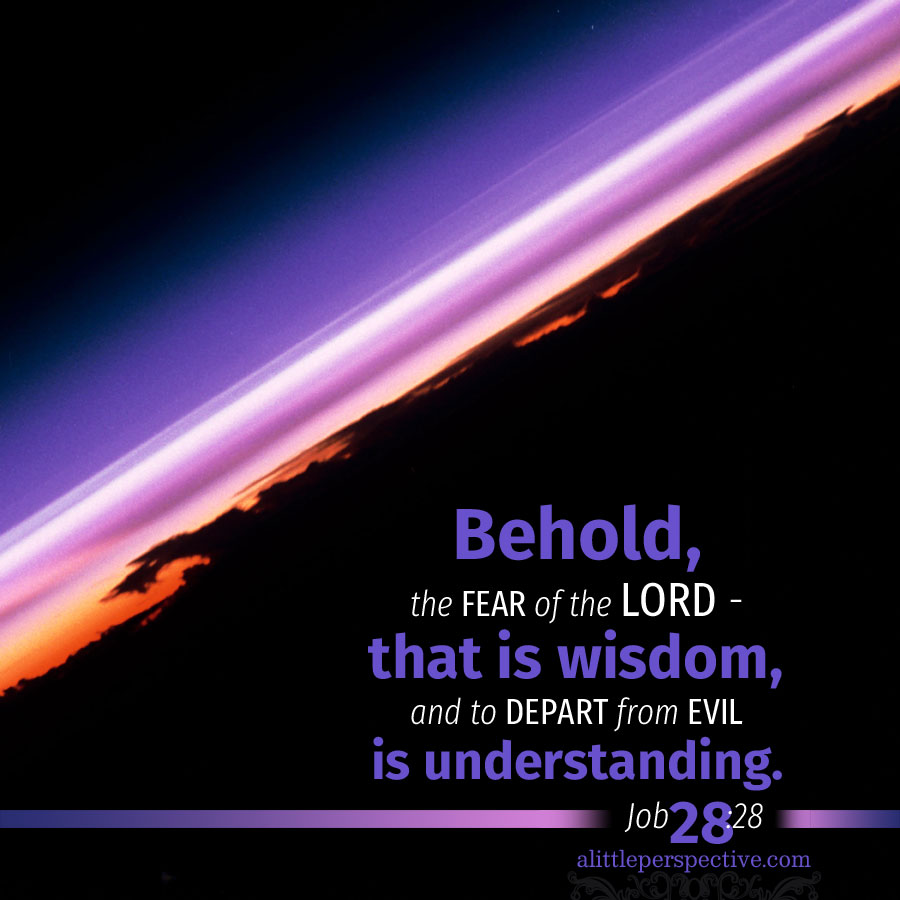 The Hebrew paragraph divisions for each man’s speech are like the divisions in the Psalms that we studied in 2014. There is an understood {s} division at the end of each numbered line, with an {n} marking where a new line begins within a numbered line. However, something changes today!

My outline of this section of Job’s speech:

Job 27:1-6, I will not speak deceitfully and say you are right, but I maintain my integrity;
Job 27:7-10, May he who rises up against me be like the wicked, who God does not hear in trouble;
Job 27:11-23, The inheritance of the wicked from God: his prosperity is stored up for the innocent;
Job 28:1-11 {p} Man has found the hidden riches of the earth and brought them to light;
Job 28:12-28, But where can the treasure of wisdom be found? In the fear of the Lord.

That there is a strong paragraph division at the end of Job 28:11, I believe, sets apart the following paragraph, for in it Job speaks profoundly: that wisdom cannot be had by gold and silver, but wisdom is in the fear of the Lord, and to depart from evil is understanding – even though the wicked prosper and store up riches for themselves. This wisdom is repeated in the Psalms and in Proverbs, but I did not remember until today that Job was its original author, even from the time of the patriarchs.

This paragraph has a repeating structure – repetition is a teaching tool of Scripture:

And the Lord bears an interesting testimony about Job later on:

The word of the Lord came again to me, saying: “Son of man, when a land sins against Me by persistent unfaithfulness, I will stretch out My hand against it; I will cut off its supply of bread, send famine on it, and cut off man and beast from it. Even if these three men, Noah, Daniel, and Job, were in it, they would deliver only themselves by their righteousness,” says the Lord God. Eze 14:12-14

To the time of Ezekiel, the three most righteous men who had lived on the earth, were Noah, Daniel, and Job! David, Solomon, no, not even Abraham or Joseph made that list. Job continues his discourse past this chapter, and we will examine it tomorrow …