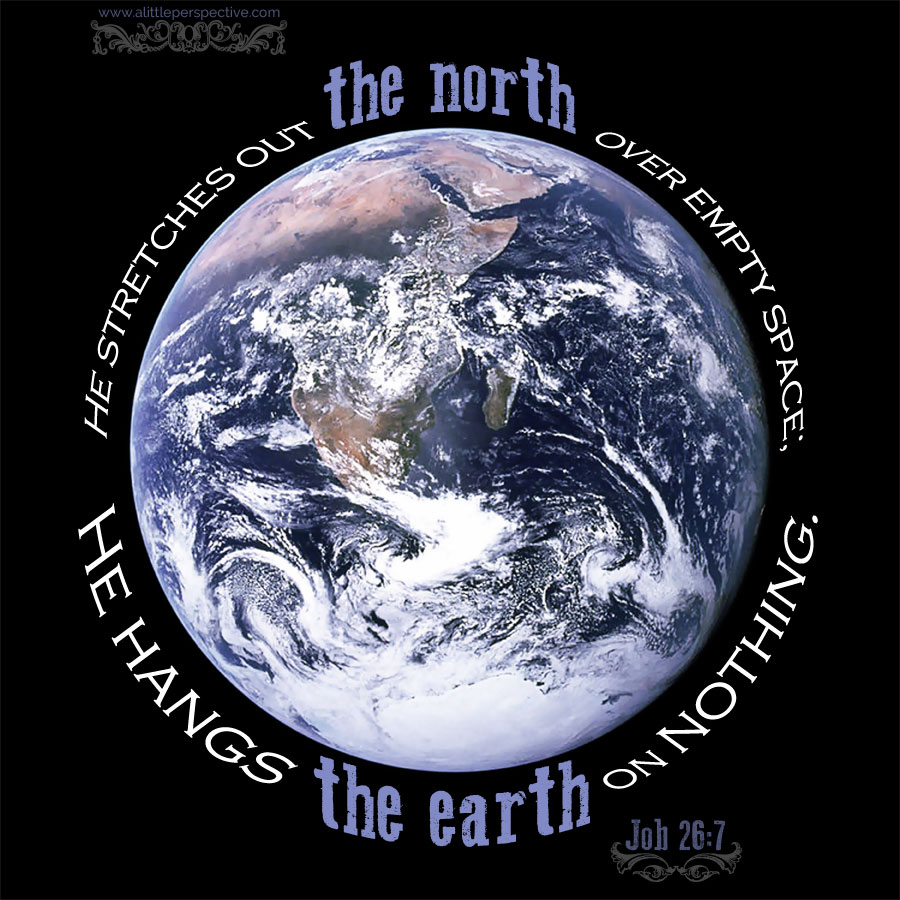 This is Bildad’s third speech to Job, and in it repeats an argument nearly word for word made by Eliphaz earlier:

“How then can man be righteous before God? Or how can he be pure who is born of a woman?
If even the moon does not shine, And the stars are not pure in His sight,
How much less man, who is a maggot, And a son of man, who is a worm?”

Perhaps we have crossed the central axis of the book, and are seeing a matching pair on either side … we will see.

1a) Job 26:1-4, The lack of power + understanding of Bildad’s counsel/ Whose spirit is inspiring him:

1  But Job answered and said:
2 How have you helped him who is without power? How have you saved the arm that has no strength?
3 How have you counseled one who has no wisdom? And how have you declared sound advice to many?
4 With whose help have you uttered words? And whose spirit came from you?

1b) Job 26:5, The dead tremble, those under the waters and those inhabiting them;

1) 6 Sheol is naked before Him, and Destruction has no covering;
2) 7 He stretches out the north over empty space; He hangs the earth on nothing;

central axis) Job 26:8, He binds up the water in His thick clouds, yet the clouds are not broken under it;

1) 9 He covers the face of His throne, And spreads His cloud over it;
2) 10 He encircled a boundary on the face of the waters, at the confines of light and darkness;

2b) Job 26:11, The pillars of heaven tremble, and are astonished at His rebuke;

12 He stirs up the sea with His power, and by His understanding He smites through the proud [Rahab, a mythical sea monster];
13 By His Spirit He adorned the heavens; His hand pierced the crooked serpent;
14a Indeed these are the mere edges of His ways, and how small a whisper we hear of Him! {n}
14b But the thunder of His power who can understand?

What does it mean, that Job’s speeches form the same chiastic structures we see throughout inspired Scripture, while his friends’ speeches do not? At least, not that I have been able to find? Might it be that Job’s wisdom is inspired by the Spirit, the author of the Word, as the chiastic structure is one of His thumbprints on His Word? I am mulling over the possibility …