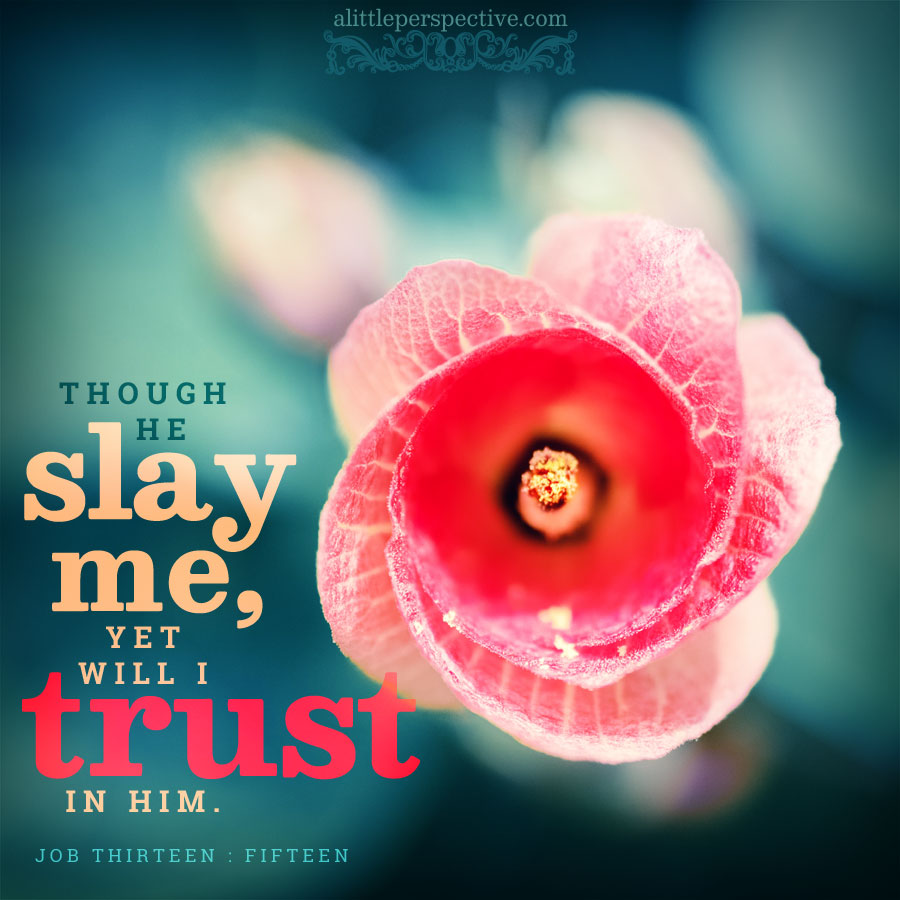 For the series of speeches from Job 3:2-28:10, the Hebrew paragraph divisions for each man’s speech are like the divisions in the Psalms that we studied in 2014. There is an understood {s} division at the end of each numbered line, with an {n} marking where a new line begins within a numbered line. There is one {n} division in the speech from Job 12:1-13:28:

Job 12-14 is all one speech, Job’s answer to Zophar; really, his answer to all three friends that have spoken. There are several structures within it:

Job 12:1-13:2 chiastic structure, Of course the hand of the Lord has caused my calamity, for none can stand before His will:

1a) Job 12:1-10, I have understanding as well as you; I am not inferior to you/ Indeed, who does not know that the hand of the Lord has done this?

1c) Job 12:13, With Him are wisdom and strength, He has counsel and understanding;

Job 13:3-21 chiastic structure, Now let me reason with God, for He will vindicate me; as for you, your counsel is worthless – God does not need you to contend for Him:

1c) Job 13:7, Will you speak wickedly for God, and talk deceitfully for Him?

2d) Job 13:10, He will surely rebuke you if you secretly show partiality;

2c) Job 13:11, Will not His excellence make you afraid, and the dread of Him fall upon you?

What is interesting about what Job and his friends say, is that when God arrives on the scene to defend Himself, He calls this discussion they are having:

“Who is this who darkens counsel by words without knowledge?” Job 38:2

Echoing Job’s own words under the inspiration of the Spirit, that their counsel is worthless. However all of them, Job included, are rebuked for not knowing what they are talking about. The erroneous assumption that all three friends have made so far, is that Job must have done something to deserve what he is experiencing. This is a warning to us, to take care, and not assume that every man’s calamity has come upon them as earned consequences.

He was speaking to Jews, to fellow partakers in the covenant of promise, to His followers, to those who were listening to Him teach! He is proclaiming the gospel in calling for repentence: