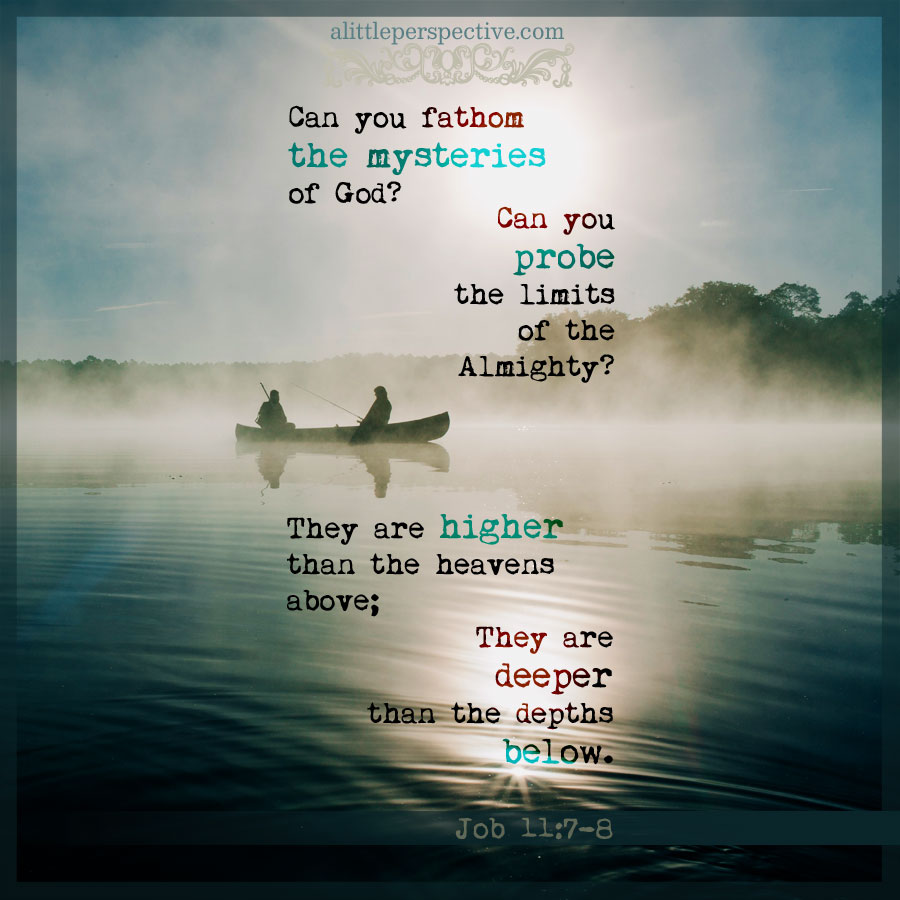 Job 11:1-12:25 {s} Division at the end of each numbered line; with these {n} divisions within lines:
Job 11:6a That He would show you the secrets of wisdom! For they would double your prudence. {n}

What is interesting about what Job and his friends say, is that when God arrives on the scene to defend Himself, He calls this discussion they are having:

“Who is this who darkens counsel by words without knowledge?” Job 38:2

All of them, Job included, are rebuked for not knowing what they are talking about. Now in analyzing the speeches, it seems to me that what Zophar says in chapter 11 would be true … if Job were being chastised for sinfulness! That is the erroneous assumption that all three friends have made so far, that Job must have done something to deserve what he is experiencing. This is a warning to us, to take care, and not assume that every man’s calamity has come upon them through their own fault.

He was speaking to Jews, to fellow partakers in the covenant of promise, to His followers, to those who were listening to Him teach! He is proclaiming the gospel in calling for repentence: