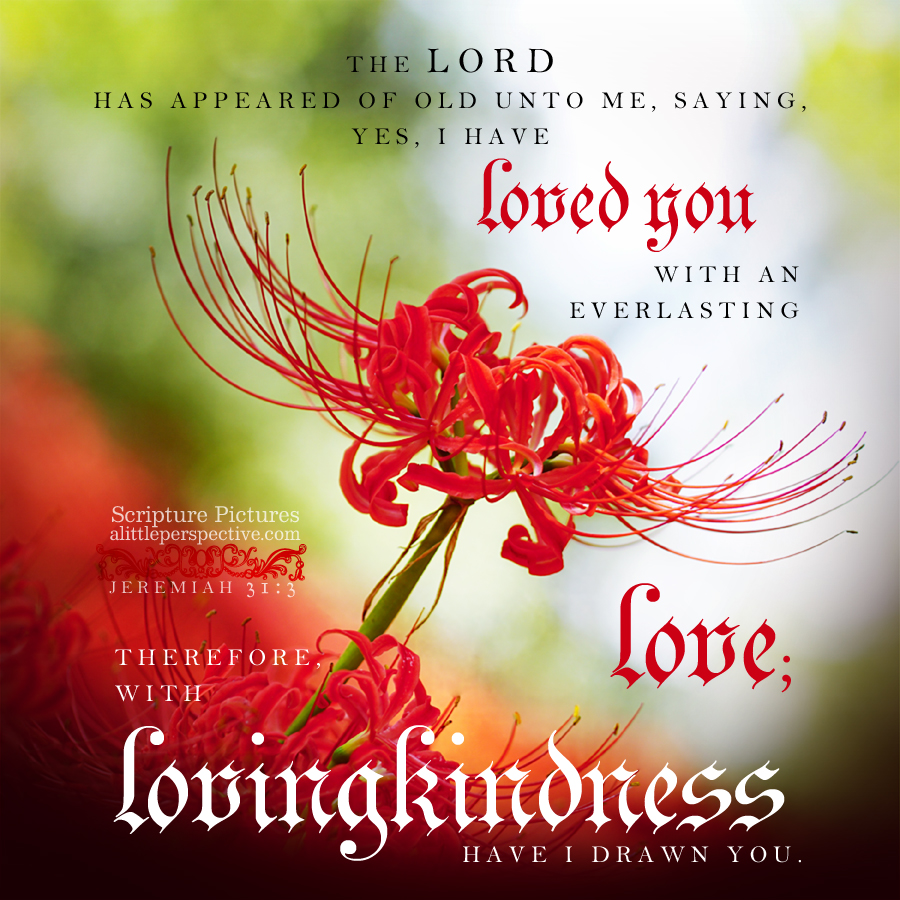 Read Jeremiah 30 and 31 at Bible Gateway.

Jer 30:1-3 {p} Write a book all My words to Jeremiah, for I am bringing My people Israel + Judah back from captivity
Jer 30:4-9 {s} Why be in fear + all faces pale? It is the time of Jacob’s trouble, but he shall be saved out of it
Jer 30:10-11 {p} Fear not nor be dismayed Jacob, I will make an end of the nations of your captivity but not of you
Jer 30:12-17 {s} Those who prey upon Jacob YHVH will make a prey/ He will restore health to Jacob
Jer 30:18-22 {s} I will bring back the captivity of Jacob/ they shall be My people and I their God
Jer 30:23-31:1 {s} The fierce anger of YHVH is upon the head of the wicked, but He is God to all the families of Jacob
Jer 31:2-6 {p} YHVH’s everlasting love for Israel – He will build them again on Mt Ephraim
Jer 31:7-9 {s} I will gather the remnant of Israel from the north + ends of the earth/ they will walk in a straight way
Jer 31:10-14 {s} He who scattered Israel will regather + redeem him/ Israel will rejoice in YHVH’s goodness
Jer 31:15 {s} Lamentation + bitter weeping in Ramah, Rachel weeping for her children because they are no more
Jer 31:16-17 {s} Refrain from weeping; your work shall be rewarded/ your children shall return to their own border
Jer 31:18-20 {s} Ephraim’s shame in his rebellious youth/ YHVH will surely have mercy on him
Jer 31:21-22 {s} Set up the landmarks, turn back by the way which you came O virgin daughter of Israel
Jer 31:23-26 {s} YHVH will bring back the captivity of Judah/ He will satiate + replenish the weary + sorrowful soul
Jer 31:27-30 {s} YHVH will sow man + beast in Israel/ He will watch over them to build up and to plant
Jer 31:31-34 {s} New covenant: YHVH’s law written on hearts/ He their God, they His people/ He will forgive their sin
Jer 31:35-36 {s} If the ordinances of nature pass away, then Israel may cease from being a nation before Him forever
Jer 31:37 {s} If heavens above + foundations of earth beneath can be measured, then I will cast off Israel for her sins
Jer 31:38-40 {p} The boundaries of the city holy to YHVH/ It shall not be thrown down anymore forever

God delivered His people from Egypt. He first saved them from slavery and bondage by the blood of the Lamb, by grace through faith — because a person had to exercise trust in the word of the LORD given to them by Moses, in order to slay the lamb and apply its blood to their houses — then, He made a covenant with them, at Mount Sinai:

“Behold, the days are coming, says the LORD, when I will make a new covenant with the house of Israel and with the house of Judah— not according to the covenant that I made with their fathers in the day that I took them by the hand to lead them out of the land of Egypt, My covenant which they broke, though I was a husband to them, says the LORD. But this is the covenant that I will make with the house of Israel after those days, says the LORD: I will put My law (Hebrew: torah) in their minds, and write it on their hearts; and I will be their God, and they shall be My people. No more shall every man teach his neighbor, and every man his brother, saying, ‘Know the LORD,’ for they all shall know Me, from the least of them to the greatest of them, says the LORD. For I will forgive their iniquity, and their sin I will remember no more.” Jer 31:31-34

1) Under the old covenant, Jacob became His people and He became their God. That is what the covenant accomplished. We see that with the new covenant, this does not change.

2) Under the old covenant, Israel became the betrothed wife of YHVH, who promised faithfulness to Him in worship. YHVH was going to Father a Son in the earth, who would be Messiah of His people Israel, and it was through His wife Israel that this Son would be born. He was going to fulfill His promise made to Eve, that a Seed was coming who would undo the sin, death, dominion to the serpent, and banishment from the LORD’s presence, that Adam’s fall brought about (Gen 3:15). We see that with the new covenant, this does not change, because the Lamb receives His bride at His marriage supper, in the end (Rev 21).

Under the new covenant, we see that God has not discarded His way of walking in righteousness, that characterizes and identifies His nation (Mat 5:17-19). He has not discarded His Torah as the written definition of righteousness and sin (1 Joh 2:3-7, 1 Joh 3:4). Jeremiah says that the new covenant will be characterized by a people upon whose hearts and minds God’s Torah is written, and Ezekiel says that the new birth and the infilling of the Spirit will cause His people to be careful to observe the statutes of His Torah (Eze 36:26-27).

The difference is the place wherein God’s Law is written. Under the old covenant, God’s Law was written on tablets of stone, without the man. Outside the man. The man’s heart was not changed. The heart of stone that he had before, while he was still a slave in Egypt, he still had. In fact, he had the heart of unbelief (Heb 3:19), that refused to believe that the word that the LORD was telling him, was true. The man was taken out of Egypt, and tablets of stone put before his eyes, but Egypt still dwelt in the man’s heart. This was the reality of the old covenant!

But in the new covenant, God’s Law is written on the flesh of the heart, not tablets of stone, within the man. God does a radical heart transplant. He removes the heart of stone, and replaces it with a heart of flesh. He infills the man with His Spirit, which empowers him to no longer be a slave to sin (to walk in disobedience to the LORD’s commandments), but which empowers him to be a slave to righteousness, to walk in obedience to the LORD’s commandments.

Obedience, righteousness, is still the hallmark, the identifying characteristic, of the one who belongs to God, whether of the old covenant or the new. But the transformative power of the new covenant makes obedience from the new heart of the new birth the nature of the man. It makes belief, rather than unbelief, the nature of the man. The man is no longer fighting against his nature in order to walk in God’s ways, but in accordance with his nature, which has been made like God’s nature, he walks in God’s ways. He obeys His Torah!