You are here: Home / Perspective / america and nation / jeremiah 27 and 28 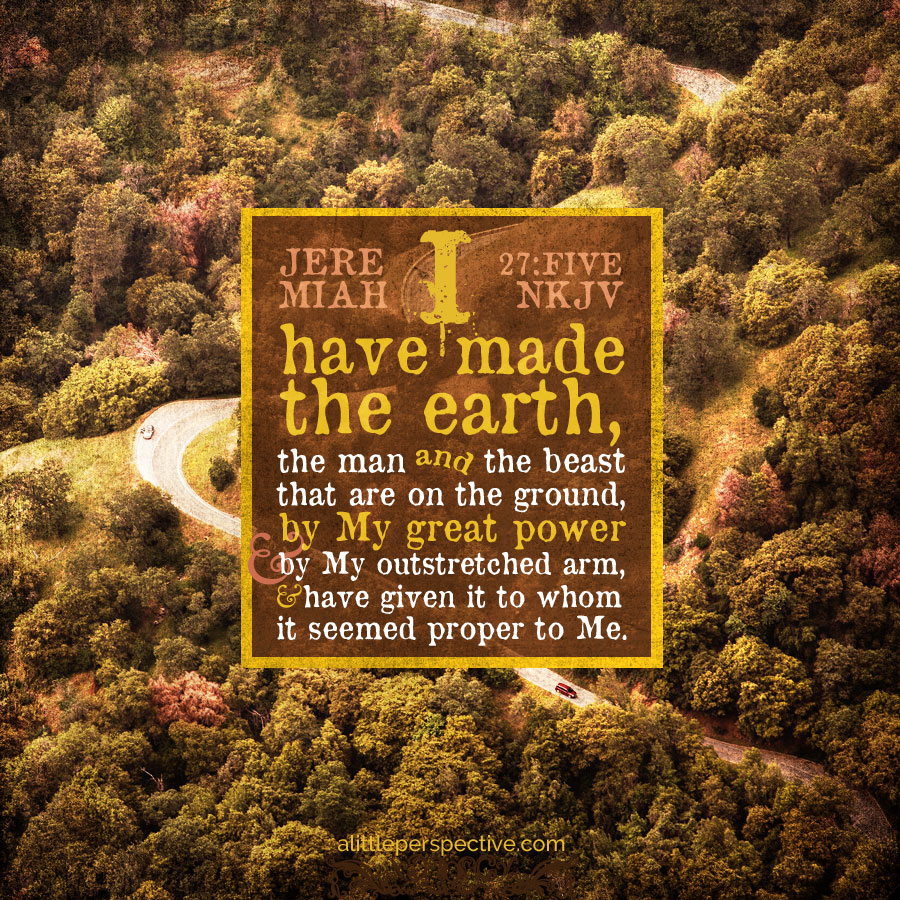 Read Jeremiah 27 and 28 at Bible Gateway.

Jer 27:1-22 {p} The object lesson of the yokes/ serve the yoke of the king of Babylon, and live
Jer 28:1-11 {p} Hananiah’s prophecy contrary to Jeremiah’s, that the LORD will break the yoke of Babylon in 2 years
Jer 28:12-17 {p} YHVH to Hananiah: I have made Babylon’s yoke of iron/ you will die this year for your false word

1a.1) Jer 27:1-8, YHVH has given the nations a yoke to serve the king of Babylon with the beasts of the field;

1a) Jer 27:1-2, The word of YHVH: Make bonds + yokes/ put them on your neck;
1b) Jer 27:3-4, Send them to the kings of the nations + Thus says the Lord of hosts, the God of Israel;
1c) Jer 27:5, ‘I have made the earth, the man and the beast that are on the ground, by My great power and by My outstretched arm, and have given it to whom it seemed proper to Me;
central axis) Jer 27:6a, Now I have given all these lands into the hand of Nebuchadnezzar the king of Babylon, My servant;
2c) Jer 27:6b, And the beasts of the field I have also given him to serve him;
2b) Jer 27:7, All nations shall serve him until the appointed time, then many nations shall make him serve them;
2a) Jer 27:8, The nation who does not submit to the yoke of Babylon I will punish with sword + famine + pestilence;

1b) Jer 28:1-4, Hananiah the prophet prophesied YHVH will break the yoke of the king of Babylon within two years;

central axis) Jer 28:7-8 “Nevertheless hear now this word that I speak in your hearing and in the hearing of all the people: The prophets who have been before me and before you of old prophesied against many countries and great kingdoms—of war and disaster and pestilence;”

2c) Jer 28:9, ‘When the word of the prophet who prophesies peace comes to pass, he will be known as truly sent;’

2b) Jer 28:10-11 {p} Hananiah took the yoke off Jeremiah’s neck + broke it, saying: ‘Even so YHVH will break the yoke of the king of Babylon within two years’/ Jeremiah went his way;

2a.1) Jer 28:12-14, YHVH to Hananiah: You have broken yokes of wood + I have put a yoke of iron on the necks of the nations, to serve the king of Babylon with the beasts of the field;

Did you notice that the Lord establishes His authority in Jer 27:5, as the Creator of all, to place in power who He is pleased to place in power? And He then identifies Nebuchadnezzar, the king of Babylon, as His servant, to whom He has given the nations to rule (Nebuchadnezzar is also called ‘My servant’ by YHVH in Jer 25:9 and Jer 43:10).

But Nebuchadnezzar is a pagan, an idolator, and a Babylonian! If you believe the narrative that is even prevalent in the church in our modern day, God would never raise up someone other than a perfect, Christian or Torah-observant king!

To that wing of the church, I just have to say, read your Bible, and learn your history, because He has done it over and over again. When Yeshua returns, then we will have the perfect King of righteousness ruling us, but not until then.

“But indeed for this purpose I have raised you up, that I may show My power in you, and that My name may be declared in all the earth.” Exo 9:16, speaking of Pharaoh

“Who says of Cyrus, ‘He is My shepherd, And he shall perform all My pleasure, Saying to Jerusalem, “You shall be built,” And to the temple, “Your foundation shall be laid.”’ Isa 44:28

“Thus says the Lord to His anointed, To Cyrus, whose right hand I have held—To subdue nations before him And loose the armor of kings, To open before him the double doors, So that the gates will not be shut:” Isa 45:1

Cyrus was the pagan king of Persia, who came after Nebuchadnezzar and wrested the empire from the Babylonians. He issued the decree to let the Jews go home and gave them the money to rebuild their city and temple.

I believe the counsel of Scripture for Americans, who vote for their leaders, is to pray before exercising that power, and keep praying, until you have heard from the Lord for whom to cast the vote. His purposes are His own, and His choice, of the one He will use, calling him, My servant, My shepherd, and My anointed, may very well not look like your choice. But He knows each man’s heart and spine, and more importantly, what His people will be facing in the future, and He knows who He has prepared with sufficient heart and spine to meet that challenge.