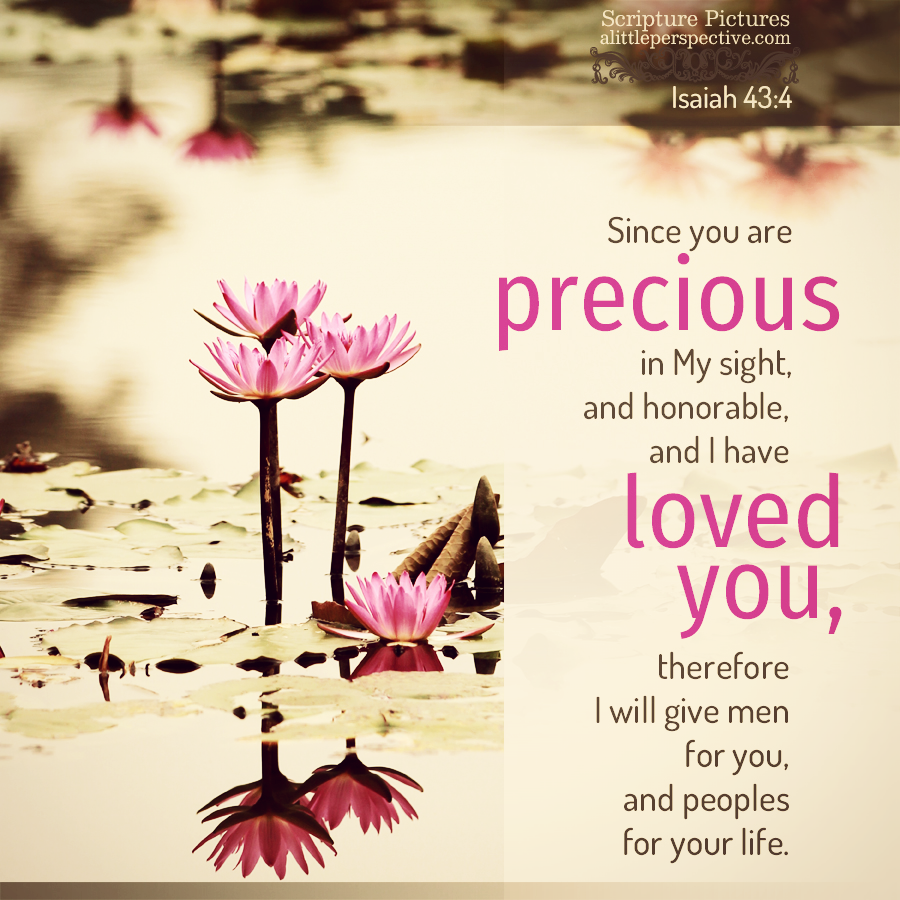 1d) Isa 43:3b, I gave Egypt for your ransom, Ethiopia and Seba in your place;

central axis) Isa 43:4a, Since you were precious in My sight, you have been honored, and I have loved you;

Isaiah proclaimed that God will call Cyrus to be His shepherd, who will say to Jerusalem: Be built, and to the temple: Your foundation shall be laid. It is passages like this that make skeptics say that the person who wrote this second part of Isaiah, was not Isaiah, but “Isaiah 2,” someone who lived after the reign of Cyrus and knew what happened.

However, how many times in our two chapters today did God say that He was the One who decreed things before they come to pass? Several times. So at the word of the LORD, Isaiah decreed a thing before it came to pass, and the LORD God confirmed the word of His servant (Isa 44:26). If He is God why is that so difficult to believe?

Isaiah was called, when he saw the vision of the glory of the LORD (Isa 6) in 759 BC, and was killed approximately by 680 BC when he was old and full of days, after a ministry of 60 years. The Assyrians were the world power throughout his lifetime, and Babylon was their vassal. Israel was not a desert but a land flowing with milk and honey. Jerusalem was a magnificent city, and the Temple stood, a monument to the LORD’s glory. Isaiah prophesied that the Babylonians would take Judah captive, and that someone unknown – Cyrus – would decree Jerusalem and the temple built, presupposing their destruction. Cyrus was born to the Persian royal house in 599 BC. Between Isaiah’s lifetime and Cyrus’, the Babylonians had joined forces with the Medians and destroyed Nineveh, ended the Assyrian empire, and Babylon became the world power. In 588 BC Nebuchadnezzar, the king of Babylon, destroyed Jerusalem and the temple. In 538 BC Cyrus, general of the Persian and Median armies, took Babylon and ended the Babylonian empire. The next year he ascended the throne of Media- Persia himself, being heir to both houses, and decreed the return of the Jews and the rebuilding of the city and the temple.

Every word of God came to pass, not a single letter fell to the ground void.

For further reading:
the two witnesses formed by God, decreed in Isaiah