You are here: Home / Bible Study / feasts of the Lord / hebrews 9, the earthly and the heavenly 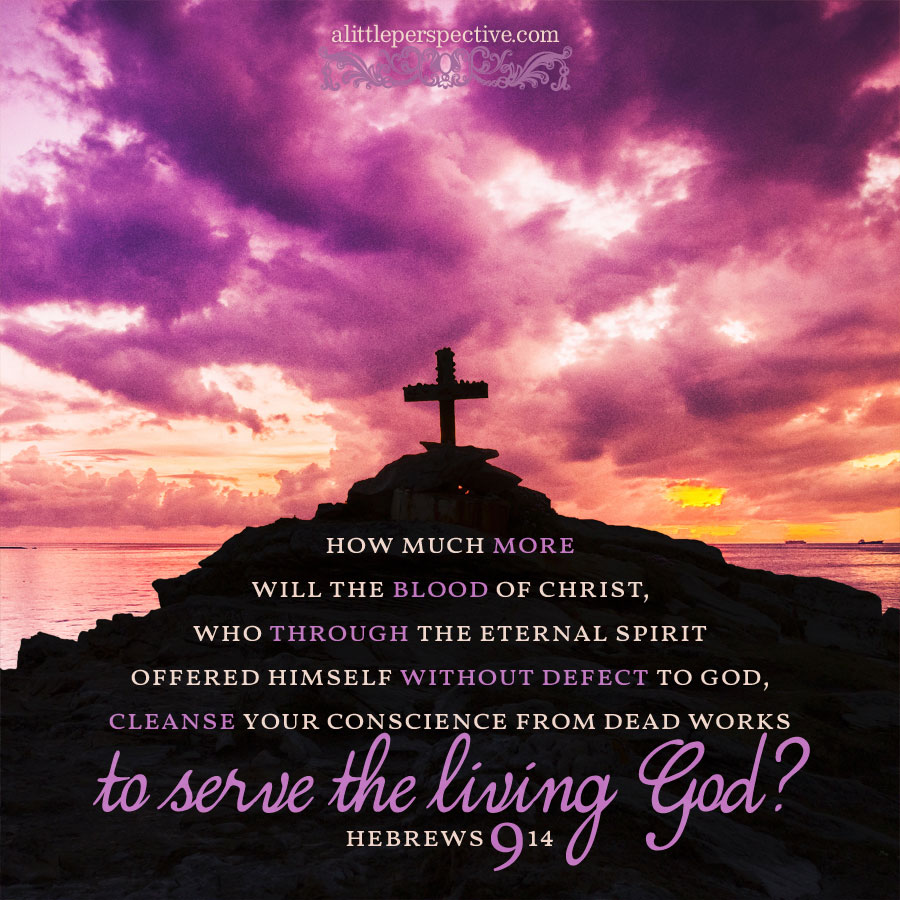 Hebrews 9 can be challenging without a significant grasp of the various ordinances and their meanings from Leviticus and Torah. I paraphrased Heb 9, adding in explanatory notes (in parentheses) to hopefully make the author’s meaning more clear. My goal was to explain the chapter as I would have done when homeschooling my kids (except I didn’t have enough knowledge of Torah to do this back then, LOL).

The Mosaic covenant contained laws which pertained to the service of God in the earthly sanctuary, for which the earthly tabernacle was prepared. The first part of it, called the sanctuary (the Holy Place), contained the lampstand, the table, and the showbread. Veiled off from the sanctuary was the second part of it, called the Holiest of All. Within the Holiest of All was the golden censer (Lev 16:12), and the ark of the covenant overlaid with gold, in which the golden pot of manna, Aaron’s rod that budded, and the tablets of the covenant were placed (Exo 25-26). Above the ark were the cherubim of glory overshadowing the mercy seat. We cannot get into the significance of these things now. (Heb 9:1-5)

(And although we cannot get into the significance of these things, it must be remembered that the ark of the covenant, particularly the mercy seat, represented the presence of Almighty God on this earth. His glorious presence was veiled off even from the priests performing the daily service pertaining to Him, much less the people. And should even the high priest transgress His presence according to the ordinances, he would die, Lev 16:1-2.)

When the tabernacle had been thus prepared, the priests went into the first part of it, into the sanctuary, performing their daily services (Num 18:2-6, Num 28:3). But into the second part of it, the Holiest of All, only the high priest went alone once per year, and that not without blood which he offered for his own and for the people’s unintentional sins (Num 16:12-34). The Holy Spirit indicated by this, that the way into the Holiest of All had not yet been made evident while the earthly tabernacle was still standing. (Heb 9:6-8)

(Access to the Presence of Almighty God was not yet made available while the earthly tabernacle services were still in force, before their fulfillment in Messiah Yeshua.)

This distinction of two parts to the tabernacle, the Holy Place, and the Holiest of All wherein was the Presence of God, was symbolic of the present time. For priests offer gifts and sacrifices daily, yet this service cannot make the hearts of either priests or people perfect (for it was still necessary for the high priest to make the Day of Atonement offering, the once per year offering, and this was for unintentional sins — sins coming from the heart without a realization that any wrong was being committed.) The ordinances of the tabernacle service are concerned with food and drink (what the worshipers and priests may and must eat of offered sacrifices, Lev 6-8) and various washings (Lev 16), in other words, ordinances which pertain to the body and not the heart, until the time of the new birth. (Heb 9:9-10)

But Christ has come as High Priest of the good things to come: with a greater and more perfect tabernacle not made with hands, that is, not of this natural universe. For He entered the Holiest Place of the greater tabernacle, not with the blood of goats and calves, but with His own blood, once for all, having obtained eternal redemption for all. If the blood of bulls and goats, and the ashes of the red heifer (sprinkled on the unclean, Num 19:1-22) was sufficient to purify the flesh, how much more is the blood of Christ – who, through the eternal Spirit, offered Himself without blemish to God – sufficient to cleanse your heart from dead works to serve the living God? (Heb 9:11-14)

(Yeshua our High Priest, bearing the offering of His own blood once for all, purifies hearts, while the earthly priests, with the blood of bulls and goats, merely purified the flesh.)

Because of His death, Christ is also the Mediator of the new covenant, which redeems the transgressions committed under the Mosaic covenant, so that those who are called may receive the promise of an eternal inheritance. (The new covenant is the culmination of all the covenants, which combined are like the last will and testament, providing an inheritance upon its enactment.) For where there is a last will and testament, there must also necessarily be the death of the one whose will it is. For a last will and testament is in force after men are dead, since it has no power at all while men are still alive. (Heb 9:15-17)

Therefore not even the Mosaic covenant was dedicated without blood. For when Moses had spoken every precept to the people according to the Torah, he took the blood of calves and goats, with water, scarlet wool, and hyssop, and sprinkled both the book itself, and all the people, saying, “This is the blood of the covenant which God has commanded you.” Then he sprinkled both the tabernacle and all the vessels of the ministry, with the same blood (Exo 24). For according to the Torah, almost everything is purified with blood (Lev 17:11), and without the shedding of blood there is no remission. (Heb 9:18-22)

Therefore it was necessary that the earthly copies of the heavenly tabernacle be purified with the blood of bulls and goats, but the heavenly tabernacle itself with better sacrifices than these. For Christ has not entered the man-made holy places, the copies of the true, but into heaven itself, to appear in the presence of God for us. And not that He should offer Himself often, as the high priest enters the earthly Most Holy Place yearly with the blood of another. For if that be the case, He would have had to suffer often from the foundation of the world. But once, at the end of the ages, He has appeared to put away sin by the sacrifice of Himself. And as it is appointed for men to die once, and after this the judgment, so Christ was offered once to bear the sins of many. To those who eagerly wait for Him, He will appear a second time, not as a sacrifice for sin, but for their salvation. (Heb 9:23-28)

For further reading: Lev 1-17 chaistic structure (the day of atonement)